Market Update for July 9
Tuesday’s trading on the Nigerian Stock Exchange (NSE) remained very volatile and mixed as equity prices continued falling despite two consecutive days of marginal gains. The benchmark index was red, shedding over 1% until the very last minute cross-border listing of 3.758bn ordinary shares of Airtel Africa Plc gave the market a boost and reversed the session’s negative position on a low traded volume and negative breadth. Airtel Africa shares which were listed at N363 per share gained maximum and closed at N399.30 (READ MORE).
The subsisting low investor confidence has not been helped by the lack of a positive statement by the government on how it plans to stimulate the economy beyond mouthing the old rhetoric. Meeting with a committee of the Nigerian capital market, Vice President Yemi Osinbajo acknowledged the prime position of the capital market in the economy, promising the administration’s help to boost its growth (READ MORE). Investors and analysts are however watching to see how it will do this. But then, there is yet no cabinet list announced by the President five months after his February 23, 2019 re-election for a second four-year term. Also worrisome is the fact that the calendar is now almost half-way into the seventh month and budget implementation is mostly limited to recurrent expenditure and possibly debt servicing.
Investors are, however, also awaiting the half-year score-cards of listed companies so as to position ahead of full-year in December. But until then, it remains a game of wait-and-see on the NSE, amid hope that the fiscal authorities would spring a positive surprise.
Recall that it took the same government almost six months after the presidential election to put together a cabinet, even as it had no economic direction. The government’s Economic Recovery and Growth Plan (ERGP) recorded mixed performance in three years, just as the few appointments made so far by the government shows that the much-expected change in the nation’s economy and governance style this time around may be a far cry.
Trading for the day started on a sharp downside in the morning session making new lows that lasted till midday to the afternoon before retracing up in the last minutes, closing the day at 29,318.02 basis points. This was after breaking down the 28,000bps psychological line and the lower Bollinger band, after touching intraday low of 28,943.43bps, from its 29,287.87bps opening. This free fall was checked by the gain recorded by the newly listed telecommunication giant.
In the course of the day’s trading, the NSEASI broke down the strong support level of the yellow line and rebounded as indicated in the chart above, suggesting a continuation or reversal at this point, depending on market forces today, which investors must watch out.
Market technicals on Tuesday were positive and mixed as traded volume was higher than the previous day’s, amidst breadth that favoured the bears and strong buying pressure as revealed by Investdata’s Daily Sentiment Report. The session’s ‘buy’ volume was 100% and ‘sell’ position of 0% of the total daily transaction volume index of 0.66.
The momentum behind the day’s performance remained seriously weak and flat as Money Flow Index read 11.73points, which was slightly lower than the previous day’s 11.81bps. This shows that funds are still struggling to enter and exit the market, despite, the N1.5tr added to the market capitalization due to the 3.76bn ordinary shares of Airtel Africa listed. Investors and traders remain cautious about the direction of the market.

Index and Market Cap
At the end of day’s trading, the NSEASI inched 30.15bps up, closing at 29,318.02bps after opening at 29.287.87bps, representing a 0.10% growth, just as market capitalization rose significantly by N1.5tr to close at N14.29tr, from its opening value of N12.91tr, which also represented 10.68% appreciation in value.
Attention: If you haven’t signed up for Investdata buy and sell signal setup, don’t delay. We have just added another risk management feature and new favorite stocks of the most revered traders and investors in corporate Nigeria to our watchlist, these stocks are with double potentials. To become a member, send ‘YES’ or ‘STOCKS’ to the phone numbers below. Take advantage of this service to buy right and sell right during this portfolio reshuffling and repositioning ahead of Q2 numbers and fiscal stimulus.
The session’s upturn was due to positioning in medium and highly cap stocks like Airtel, Nigerian Breweries, CCNN, Cadbury, Dangote Flour and Stanbic IBTC, which impact marginally on the Year-to-Date loss position, reducing it to 6.72%. Market capitalization gain stood at N2.57tr, or 21.91%, from the year’s opening level of N11.72tr.

Bearish Sector Indices
All sectoral performance indices were down, with the banking index topping the decliners table, after losing 2.20%, followed by Oil/Gas, 0.67%, while Industrial Goods, Insurance and consumer goods index were down by 0.48%, 0.45%, and 0.40% respectively.
Market breadth turned negative as decliners outweighed advancers in the ratio of 20:10; market activities were up in volume and value traded by 36.22% and 41.77% respectively to 294.62m shares worth N3.22bn from the previous day’s 218.29m units valued at N2.27bn. This volume was driven by trades in financial services and conglomerates stocks like Cornerstone Insurance, Zenith Bank, Guaranty Trust Bank, Transnational Corporation of Nigeria and FBNH.
The best-performing stocks for the session were Airtel Africa and Cadbury Nigeria, which topped the advancers’ table with gains of 10% and 4.37% respectively to close at N399.30 and N11.95 per share, on new listing impact and market forces. On the flip side, GSK and Courtville lost 9.78% and 8.70% respectively, closing at N8.30 and N0.21, on profit taking.

Market Outlook
The ongoing mixed performance may continue, as bargain hunters take advantage of the subsisting bearish trend and buy ahead of the half-year earnings reporting season and inflation data next week. Discerning investors should target value stocks considering the low valuation to position for dividend income.
They may also take into consideration the expected economic reforms as government announces its much-awaited new cabinet, just as Central Bank of Nigeria (CBN) had rollout it plans to boost productivity and investment by instructing the banks to lend more to the private sector. This is aimed at reducing banks’ participation in government securities and lending more to the private sector to drive economic growth.
There is also the likely impact of portfolio repositioning for the second half of the year in the midst of expected Q2 numbers, especially banking stocks. 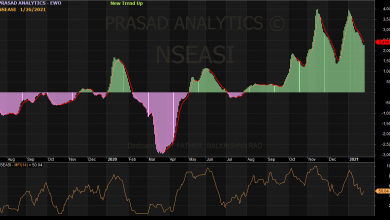 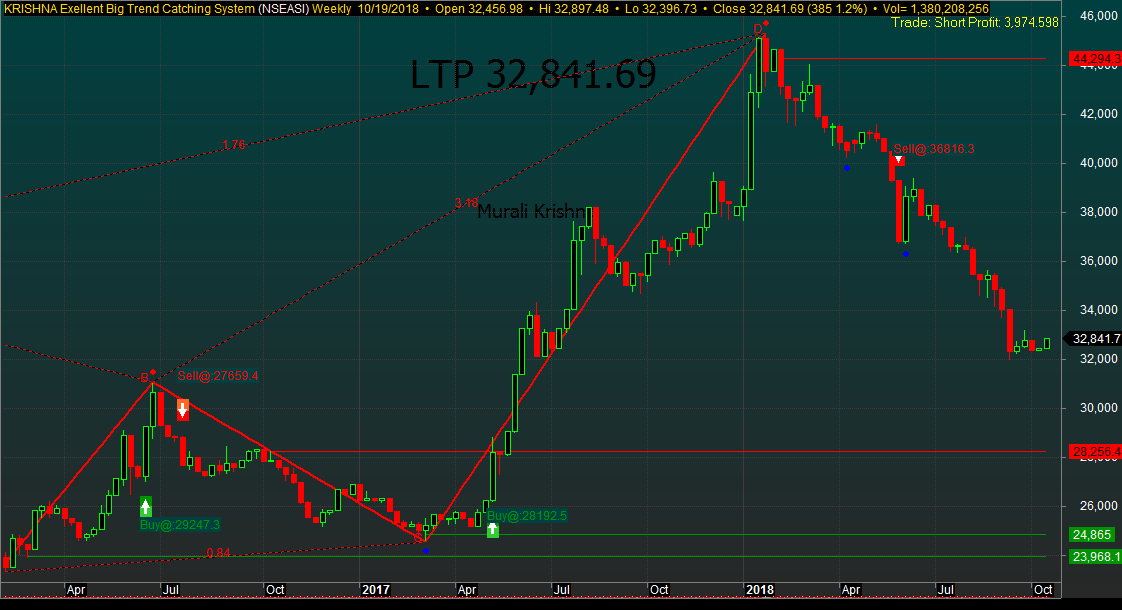 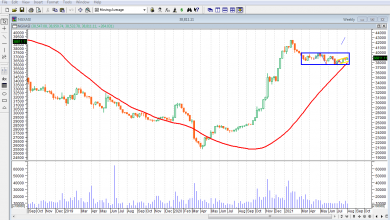 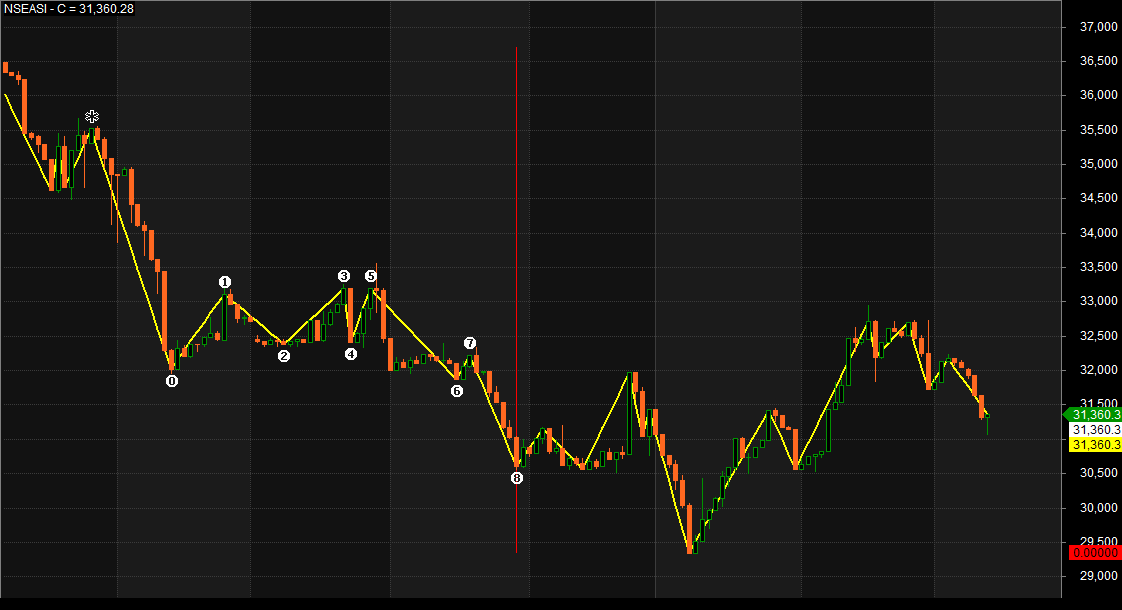