The bearish trend on the Nigerian Stock Exchange continued for the third consecutive week on a reducing momentum as revealed by low volume traded for the period under review, an indication of weakness and illiquidity. These suggest that smart money activities might trigger reversal of trend or continuation of the prevailing correction soon.

There is also the continued selloff in the market occasioned by the liquidity crisis arising from marginal improvements in fixed income market yields, as market players prioritize their risk levels to reposition their portfolios as the earnings season enters into its peak period.

However, the persistent pullbacks in the market have made the dividend yields of many companies attractive and better than the seeming yields in Treasury Bills and bonds. This is especially as those of stocks with high payouts remain high and better than what other investment windows are offering relative to the rising inflation rate in the country.

The early filers began presenting their numbers in the week under review, while also announcing their dividend payouts for the financial year ended December, with United Capital, Africa Prudential and Nigerian Breweries offering 70 kobo, 50 kobo and 69 kobo respectively.

With the continued mixed and unimpressive economic data, it is time for economic managers and policy makers, especially the fiscal and monetary authorities to introduce policies that will complement each other so as to achieve a common goal- sustainable growth. The continued hike in the pump price of premium motor spirit or petrol in the name of deregulation of downstream oil sector, poor infrastructure and insecurity across the country, despite the reopening of the land borders, have affected living standards.

The increase in cost of fuel and hike in electricity tariff, added to the poor infrastructure, especially roads across the country, have further increased the cost of transportation, and continue to affect prices of commodities, , impoverishing many more Nigerians.

Meanwhile, players in the equity market are yet to react to dividend announcement made by the early filers, as well as the news that the economy exited recession, following which we urge caution among investors. In the interim, we expect that you would be guided by set investment objectives- entry and exit strategies, to survive and profit from the expected new trend. In that way, should the full-year earnings reports and dividend news fail to impact and support the current trend, a big rotation in sector trends should also guide you, going into the future.

Trading on the NSE last week also had four sessions of down markets and one gain recorded on Monday, due to profit-taking and selloffs driven by portfolio realignment in the face of oscillating oil prices in the international market.

The week began with the composite NSE All-Share index opening on a positive, to halt previous session’s loss, gaining 0.68%, after which it stayed red for the rest of the week, reflecting the profit booking and indecision among investors and traders. This brought the week’s total loss to 0.63%, after previous week’s 3.04% decline on a low traded volume.

During the period, advancers outnumbered declinersin the ratio of 39:33 on a weak sentiment and momentum as Money Flow Index read 66.22bps, down from 73.22 points in the previous week.

The NSE’s index action remained bearish and volatile in the midst of changing price patterns on mixed sentiments, as smart traders accumulate positions in dividend paying stocks ahead of the released of 2020 financials between this month and next.

Also, the index is trading below the shortest Moving Average of seven and above 50 and 200-DMA, despite breaking down the 41,000-mark strong support level on a lowtraded volume and selling sentiments. This is likely to reverse as more players’ position for end of the month in expectation of earnings.

Nevertheless, it is expected that the market will rebound at any time soon especially, as early filers kick off the earnings season by releasing their numbers to the market and trading above the 40,000bps level.

The strong support level to watch out for on the NSE is within the 40,000 and 39,812.46bps, and a breakdown of these levels, will attract new positioning by traders. This is coming at a t time crude oil is trading above $62at the international market, while the government is expecting the first batch of the Coronavirus vaccines.

However, we envisage a positive outlook for March, while not ruling out profit booking any time soon, especially since the market had maintained an uptrend since last year.

Our positive outlook is hinged on such factors as the possible impact of the Central Bank of Nigeria (CBN) ban on crypto currencies, Federal Government’s reopening of the nation’s land borders, expected COVID-19 vaccine importation, and high liquidity. There are also other factors like extension of the 2020 capital budget, implications of oil prices trading above $59per barrel on the nation’s revenue, compared to its March 2020 low. This is given the strong Money Flow Index, as MACD remains in the bullish zone on a weekly chart.

Performance indexes across the sectors were mixed and bearish, as NSE Oil/Gas and Banking closed higher by 4.07% and 0.53% respectively, while the NSE Insurance led the decliners after shedding 1.67%, followed by Consumer and Industrial Goodsthat closed 1.04% and 0.72% lower respectively.

The general market’s outlook remains dicey and mixed in the short-term; following which investors should take short and medium-term positions, while diversifying their portfolios along long-term trades to protect capital.This, they can do, by considering sectors with high upside potentials on the strength of earnings and policy influence.

The recent market pullback calls for portfolio adjustments and realignments, as unaudited numbers from some companies and sectors will expectedly come mixed, given the negative impact of the COVID-19 pandemic and the arson that followed the #EndSARS protests on full-year results, as revealed by the macroeconomic indices.

Transactions in volume and value terms were down during the week by 42.57% and 22.93% respectively, as investors exchanged 1.54bn shares worth N18.24bn, compared to previous week’s 2.68bn units valued at N23.66bn. Volume was driven by trades in FinancialServices, Consumer Goods and Conglomerates sectors, particularly stocks likeFBNH,Guaranty Trust Bank, Zenith Bank, UBA and Transcorp.

The best performing stocks in the week were Portland Paints and Julius Berger, which gained 14.44% and 12.78% respectively, closing at N3.25 and N20.30 each on market sentiments and earnings expectation, while Consolidated Hallmark Insurance and Royal Exchange Assurance  lost 28.26% and 16.67% respectively, at N0.33 and N0.25 per share on market forces and profit booking.

We expect the market to experience mixed performance on a reduced losing momentum and profits taking, as bargain hunters increase their buying position on pullbacks to reposition their portfolios ahead of earnings expectations and reactions to expected numbers, especially as dividend yields remain relatively high.

We advise that you target dividend-paying stocks and fundamentally sound companies with growth prospect in 2021, looking the way of mispriced ones, especially given the low interest rates regime and sustained oil price rally that have so far supported the economy and equity market.

There is, nonetheless, also the likelihood of a reversal in trend and continuation, as investors position in high yields stocks ahead of the earnings season. Also, important is the fact that technical indicators reveal overbought on the weekly and daily chart, while the RSI read 70 points and above, a situation that supports the likelihood of another correction.

However, the strong and faster recovery may continue, depending on market forces, going forward, as propelled by the expected 2020 full earnings reports, especially now that the outcome of the MPC meeting has given the market a direction, until the next gathering in March.

Again, the current undervalued state of the market offers investors opportunities to position for the short, medium and long-term, which is why investors should target fundamentally sound, and dividend-paying stocks for possible capital appreciation in the rest of the year.

Meanwhile, the home study packs on INVEST 2021 New Opportunities & New Paths To Profits Summit materials and 10 Golden Stocks for 2021, Strategies and How to invest profitably in this Changing Market Dynamics/ Recession, Mastering Earnings Season For Profitable Investing and Trading in any market situation/ cycles, Life Beyond COVID 19 Investment Opportunities In The Stock Market are now available. To obtain your pack send ‘Yes’ or ‘Stock’ to 08028164085, 08179547605, 08111811223 now. 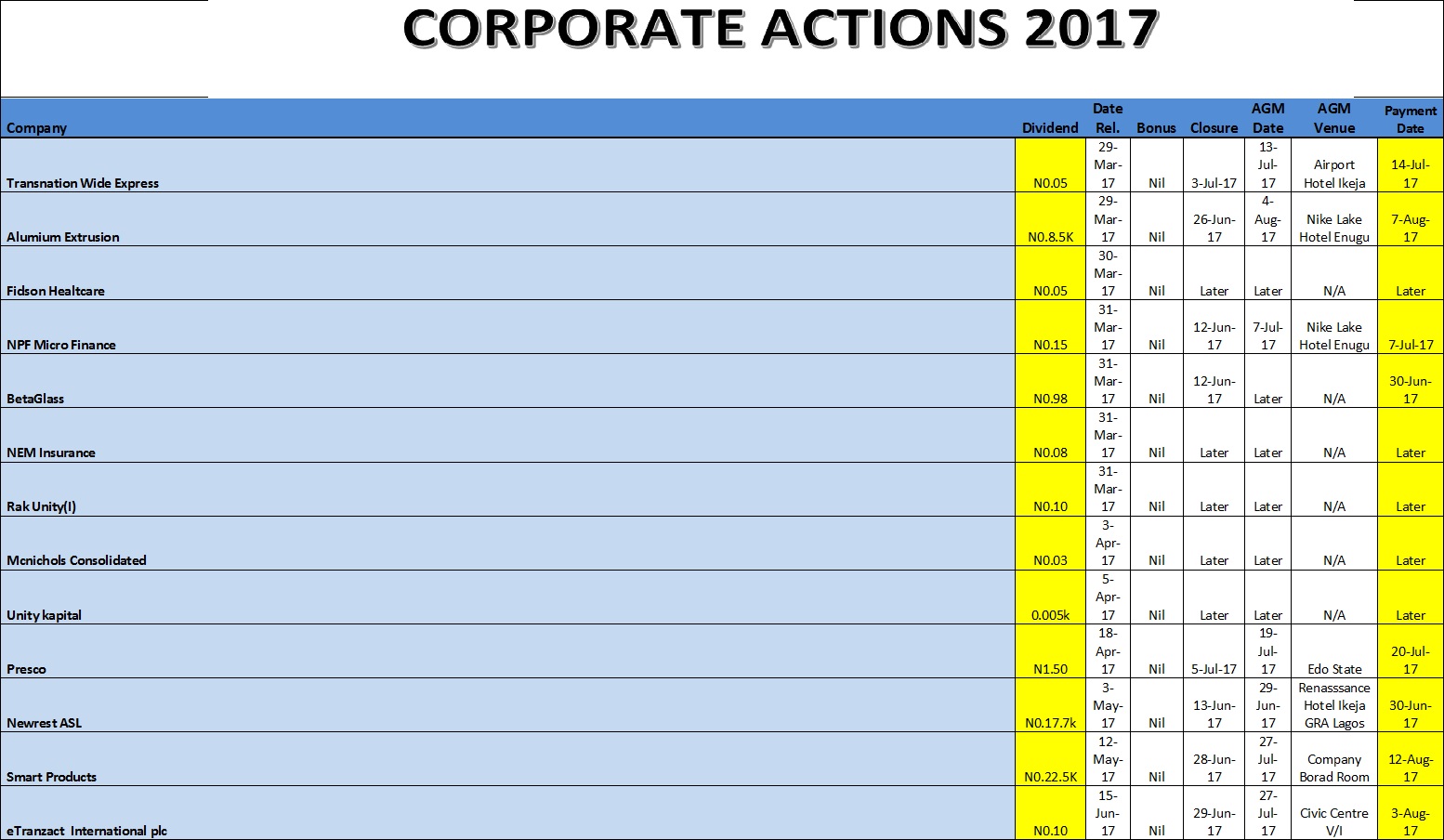 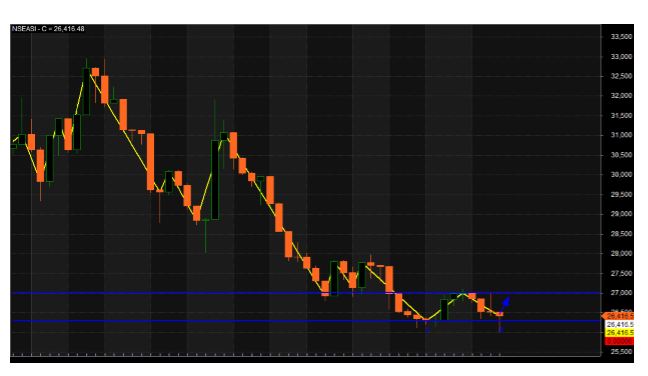 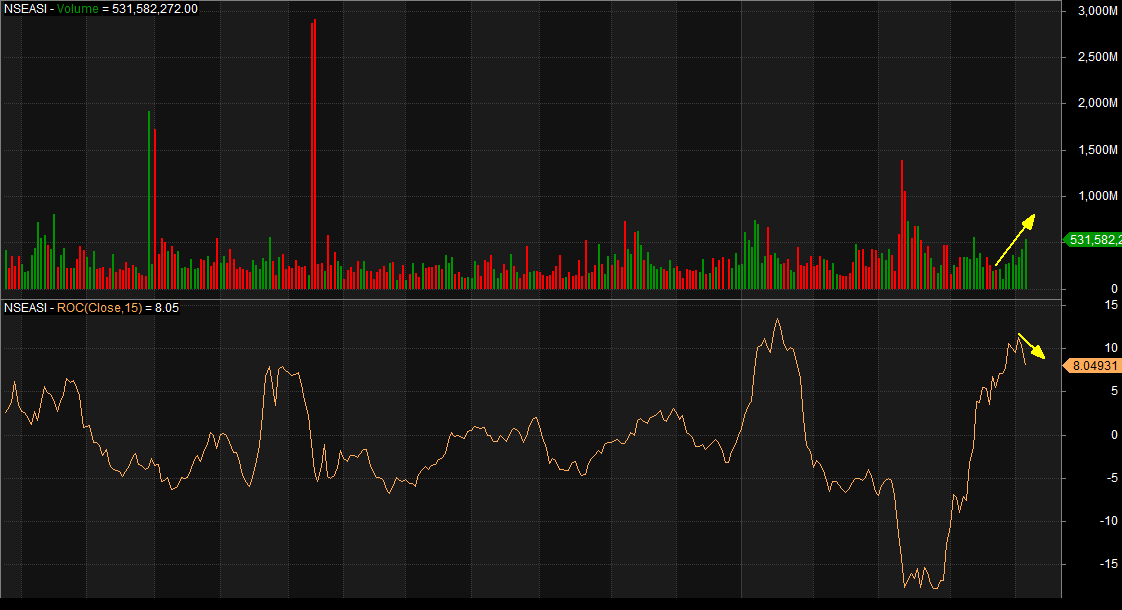