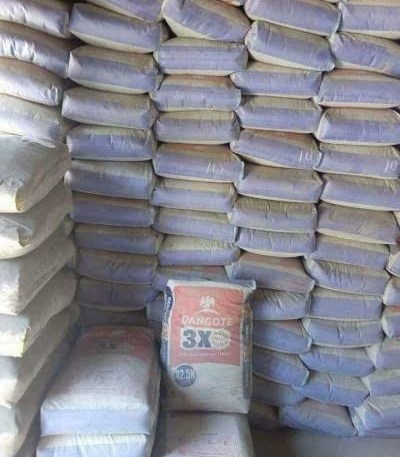 More winners emerged across the country in the million Naira prize money category of the on-going ‘Bag of Goodies Season 2 Consumer Promo’ by Dangote Cement, while others went home with goody bags, recharge cards, and several other mouthwatering prizes.

A statement by the company, on Sunday, said it paid one million Naira to each of the first three star prize winners electronically who emerged from the promo in a ceremony witnessed by Nigerian media and few family members of the winners.

This, it said, is in fulfillment of the company’s promise to produce 1,000 millionaires in its on-going “Bag of Goodies: Spell Dangote and win a Million Naira Consumer Promo, which commenced a few weeks ago.

Already, many have also won other prizes, including recharge cards and Dangote Cement Goodies Packs, containing rice, salt, pasta, sugar, and seasoning in the promo, which the company said, was initiated to alleviate the negative impacts of the deadly Coronavirus (COVID-19) pandemic on its loyal customers.

Commenting on the promo, Adekunle Donald, a Lagos based bricklayer expressed hope of becoming a star prize winner before the end of the promo.

“Right now, I am very close to winning One Million Naira. I have some of the letters with me already, just waiting to get two more letters to complete the word “D-A-N-G-O-T-E” and become a millionaire,” he said.

Continuing, he said, “I work in a block moulding company and we use Dangote Cement on a daily basis. Right now, it is difficult to remember the number of recharge cards that (my colleagues and I) have collected from the promo bags. We are all excited because I know that before the end of the promo period, I will not only win recharge cards, I will also become a millionaire.”

Another excited consumer of Dangote Cement, Nnamdi Okafor, an estate developer, said: “I have won some recharge cards and goodies packs, but by aim is to win a million naira or more. Last year, I won many goodies packs, but this year, I am eagerly waiting to emerge a millionaire.”

“The beautiful thing about the promo is that the new Dangote Cement millionaires can win again and win. There is no limit to the number of times they are expected to win. So my advice is that they should keep on buying Dangote Cement and keep on winning,” Sanni said.

Other prizes on offer during the promo, she said, are tricycles, motorcycles, television sets, and refrigerators, stressing that there was no better way of appreciating loyal consumers in view of the present economic condition.

To be a part of the promotion, she explained, “all the consumer needs to do is to buy any promo bag of Dangote Cement during promo period, pick out the scratch card inserted in the bag, scratch open the inserted card to see what you have won, and go to the nearest redemption center to collect your prize.”