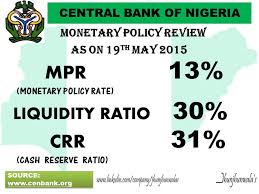 The monetary policy committee (MPC) opens its latest meeting in Abuja today (Monday, July 24, 2017), and is due to announce its decisions tomorrow afternoon. We again see no change in stance. The committee has emerged from about 18 months’ despair with growing confidence. The trigger, of course, has been the investors’ and exporters’ fx window (NAFEX), which is evident from a reading of members’ personal statements from their meeting in late May (Good Morning Nigeria, 07 July 2017).

· That confidence will since have grown. One member noted that the gap between the interbank and the bureaux de change (BdC) rates had narrowed to 23%. His calculation was based upon the then BdC rate of N380 per US dollar.

· The committee and the CBN can see that gross official reserves have stabilized despite the step-up in fx interventions. They can also see that manufacturers have greater access to imported raw materials, and that the retail segment can buy fx to meet its demand for invisible payments.

· NAFEX may not yet have attracted the major players in the offshore portfolio community but the committee will surely urge patience. We may well see the catch-phrase “fine tuning” in the communique.

· Its take on the national accounts for Q1 2017 is likely to be that the non-oil economy returned to positive y/y growth (of 0.7%) and will have continued to expand in Q2. We expect overall GDP growth to be positive, at 1.6% y/y, not least because oil production suffered badly from losses/leakages in Q2 2016.

· The trend in y/y headline inflation has been downward for five successive months (through to June). Positive base effects have been sizeable, which we could translate into the marked appreciation of the naira on the parallel market over the period. There is still, however, the notional reference range of between 6% and 9% y/y, and the headline rate of 16.1% in June is nowhere near it.

· The committee seems made up of oil price bears. It does therefore not expect a transformation of the FGN’s finances on the revenue side. The improvements are set to be incremental, and the obvious casualty in our view will be the very ambitious projection of N2.24trn for capital expenditure. This makes structural reforms all the more important, and the committee is likely to call again for their acceleration. In conclusion, we see a degree of self-congratulation from the committee, tempered with a call for patience.