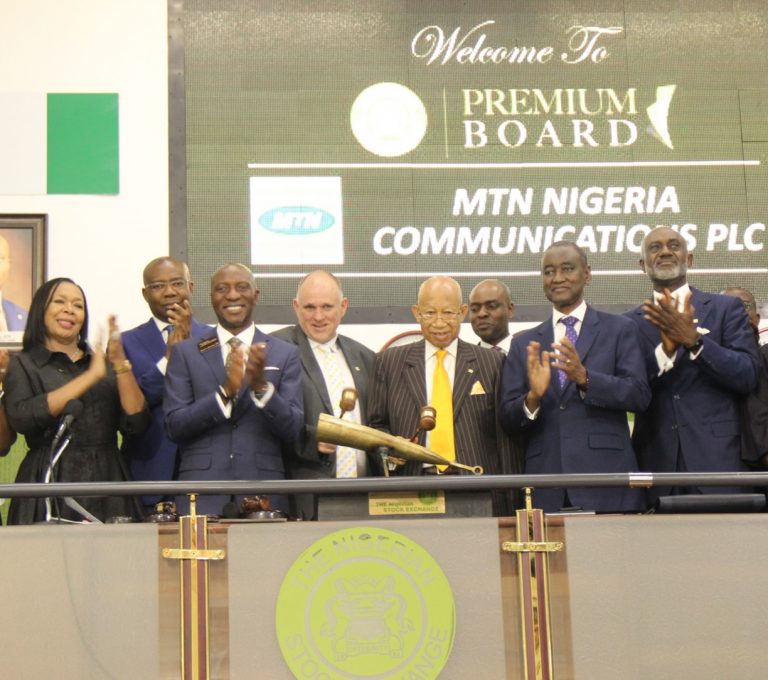 The board of MTN Nigeria, on Wednesday, submitted its unaudited half-year result for the period ended June 30, 2020, showing that net profit slipped by 4.7%, despite the 12.5% growth in total revenue. This was essentially driven by the 121.8% and 57.6% increase in digital and data income at a time more companies and individuals worked and held meetings virtually in the aftermath of the coronavirus pandemic in the period under review.

Another highlight of the financials was the offer of N3.50 interim dividend per share proposed by the directors, from its Earnings Per Share of N4.66, down from N4.89 in 2019, making MTNN the first company to offer such as investors await announcements from the other regular interim dividend paying stocks. The dividend is however payable to shareholders as of August 14, while the register of members will be closed on August 17; while payment will be made electronically on August 24, 2020.

In the period also, the company reported a 15.6% growth in mobile subscriber base to 71.1m, which it said accounted for the huge voice revenue and representing 67.9% of service revenue, as the COVID-19 “lockdowns impacted traffic, particularly in April and May.”

Profit before tax, therefore, fell by 2% from N142.404bn to N139.57bn, owing to what it said was the increase in finance costs arising from higher borrowing, even as the company issued a N100bn commercial paper at 5.7% rate per annum to broaden funding sources. Total borrowing for the period, the company explained, soared from N295bn in the 2019 half-year, to N524bn in the same period of this year. Tax expenses increased to N44.693bn from N42.866bn; resulting in net profit of N94.877bn, a 14.5% decline from the N99.537bn reported in the corresponding period of 2019.