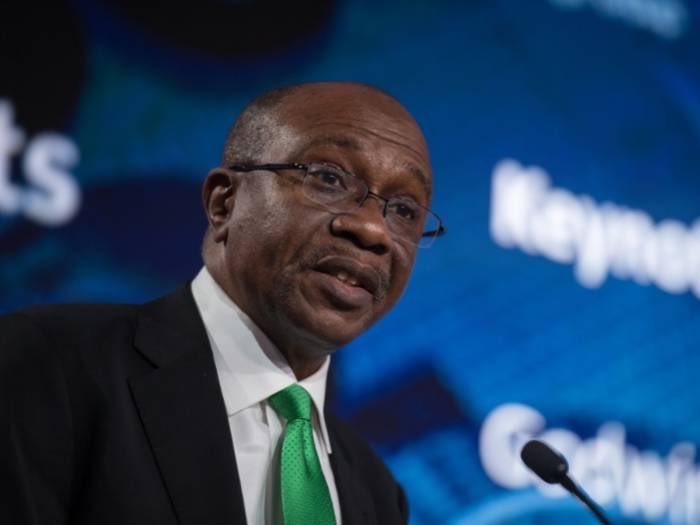 The Central Bank of Nigeria said on Saturday that the introduction of its new “CBN Naira 4 Dollar Scheme” from Monday, March 8, 2021, is aimed at offering Diaspora Nigerians cheaper and more convenient ways of sending remittances into the country.

Delivering a keynote during the Inaugural Diaspora Webinar organized by Fidelity Bank Plc, the CBN Governor, Godwin Emefiele, said it is aimed at enhancing the transparency of remittance inflows and reducing rent-seeking activities.

Speaking on the “Implications and Impact of the New FX Policy on Diaspora Investments,” he expressed optimism that the new policy measure will encourage banks and financial institutions to develop products and investment vehicles, geared towards attracting investments from Nigerians in the diaspora.

He said the new policy is expected to enlarge the scope and scale of foreign exchange inflows into the country, while stabilizing the exchange rate and supporting accretion to the nation’s external reserves.

More importantly, Emefiele said it would provide an opportunity for Nigerians living abroad to make investments in their home country.

Reiterating the provision of the new circular, the CBN Governor said the Bank introduced the rebate of N5 for every $1 of fund remitted to Nigeria, through licensed International Money Transfer Operators (IMTOs) to incentivize the process of remittance.

The rebate, he stressed further, will be provided to the bank accounts of beneficiaries, following receipt of remittance inflows, emphasizing that the latest measure would make the process of sending remittance through formal bank channels cheaper and more convenient for Nigerians in the diaspora.

Citing cases in other climes, Emefiele said the use of reimbursements of remittance fees had been critical in supporting improved inflow of remittances to countries in South Asia and in improving their balance of payments position following the COVID-19 pandemic.

While noting that the average cost of sending $200 worth of remittances to Nigeria from the United States was about 4.7%, he said studies show that even a one percent decrease in the cost of sending remittance could result in a significant boost in inflows.

“Countries in South Asia such as Pakistan and Bangladesh are aware of this impact and they introduced reimbursement schemes to support inflows. In Pakistan, the scheme which is known as free send has enabled a record amount of inflows of over $2bn a month, even during the COVID pandemic.

On the issue of round-tripping, the Acting Director of the apex bank’s Corporate Communications Department, Osita Nwanisobi explained that there is a maximum amount that could be remitted through an IMTO, and that no customer could send $100,000 through an IMTO.

Though he admitted that the CBN action does not go far enough in offering total reimbursements, Nwanisobi said it would reduce the cost burden for Nigerians remitting funds to Nigeria.

Noting the existence of initial challenges of network integration, Nwanisobi reiterated Emefiele’s assurance that the CBN would continue to work assiduously to resolve the few challenges that were remaining.