Nigeria’s Ministry of Finance, on Sunday denied, in strong terms, allegations that its Minister, Mrs. Kemi Adeosun, denied duty waivers to enable some importers and NGOs bring in donated drugs and health commodities into the country, describing such claims as spurious attempts to malign the name of the Minister, Mrs. Kemi Adeosun, and the Ministry.
A statement by Salisu Na’inna Dambatta, the Ministry’s Director of Information, stressed that there are statutory procedures for granting “import duty waivers to importers and NGOs, which are part of holistic measures put in place to check abuses of the Federal Government’s fiscal incentives, and to put a halt to rampart corrupt practices in the economic sector.”
Worse still, the Ministry said, is the observation “that some importers and NGOs engage in the sale of imported drug items which are meant to be distributed to the public free after being granted import duty exemption by the Government. This is in contravention of the provisions of Section 46 of the Customs and Excise Management Act (CEMA) of 1958 (as amended).”
This, it said, is one of the several flagrant abuses of import duty waivers “by some NGOs and importers, who smuggle other imported items into approved waivers issued for the importation of medical equipment and drug related items.
It assured “that priority and special attention are always accorded requests for import duty waivers for medical equipment and drugs related items.”
This is why, the statement continued, while 318 concession applications were received, 175 were processed to conclusion between May 1 and November 24, 2017.
It listed procedures for granting import duty waivers to include: “submission of an application by the importer and NGO to the Federal Ministry of Finance through the Federal Ministry of Health; evidence of registration with the Corporate Affairs Commission.”
This is followed by the submission of an approved Memorandum of Understanding duly signed by the Minister, or Minister of State, Budget and National Planning between the donor Agencies, Federal Government of Nigeria and the Recipient-NGOs, presentation of a certificate of exemption from tax from the Federal Inland Revenue Service (only for those who engage in non-profit making activities in line with their objectives), submission of a proforma invoice indicating the value of the imported items, bill of laden and if the imported items are donated, the NGOs are required to provide the Federal Ministry of Finance with authenticated letter from the donor agencies.
Additional documentation may however be required where the need arises, it said, lamenting that some of the applicants referred to in sponsored write-up being planned for circulation did not submit the required documents for processing import duty waivers requests The Ministry of Finance assured that the “Muhammadu Buhari administration appreciates the generosity of Donor Agencies and partner NGOs in the fight against the spread of HIV/AIDS, Malaria, tuberculosis and other deadly diseases but will not succumb to cheap blackmail and acts of economic sabotage under the guise of the delivery of health services to the people of Nigeria.

Global Inequality: In 20 Years, 500 People Will Transfer $2.1tr To Their Heirs 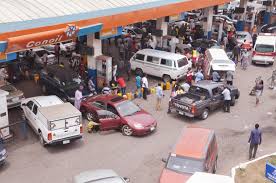