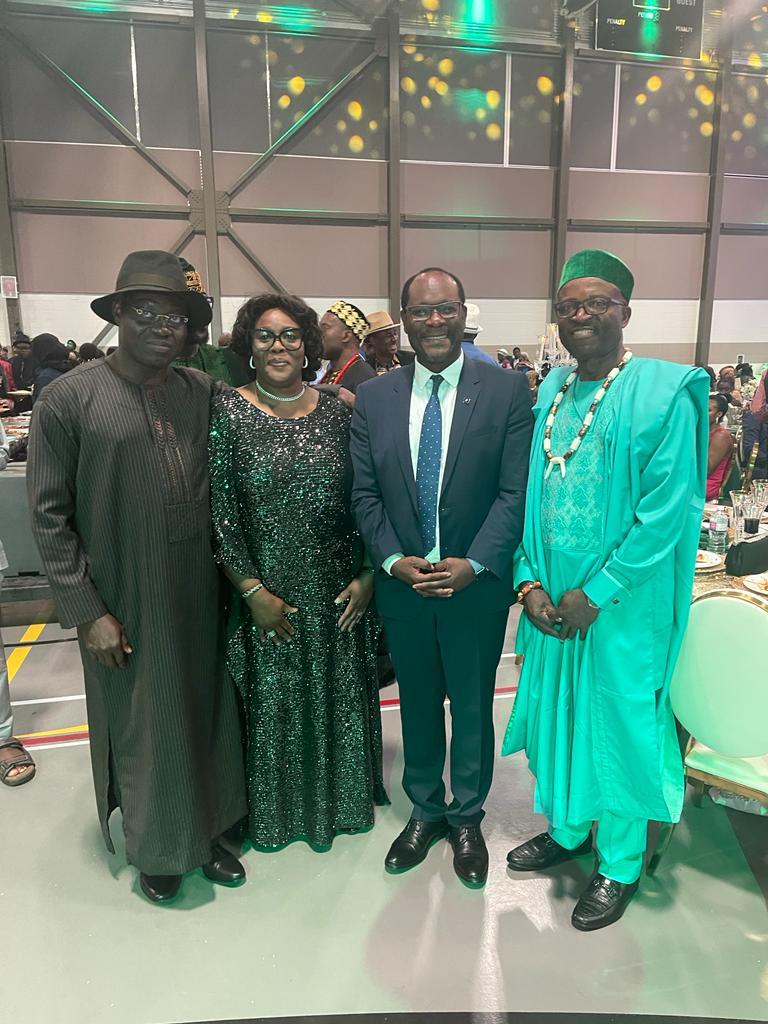 The Nigerian-Canadian Association of Calgary (NCAC), on October 1, 2022, conferred its Distinguished Citizen Award on the T Dr. Ngozi Okonjo-Iweala, the Director-General of World Trade Organisation (WTO) and Nigeria’s former Finance Minister; as well as the Chairman and Founder of NOVA Merchant Bank, Phillips Oduoza.

The awards, conferred during the association’s gala night to mark Nigeria’s Independence Day in Calgary, Canada, the organisers said, was in recognition of his sterling contributions to the development of the financial services sector in Nigeria and beyond.

Speaking at the event, the President, NCAC, Dr. Patrick Etokudo, said both awardees were honoured for their distinguished services and contributions to the financial and economic development of Nigeria, Africa and the world at large.

According to him, “in these two Nigerians – Mr. Phillips Oduoza and Dr Ngozi Okonjo-Iweala, we have esteemed personalities who have shown commitment to the growth of mankind and Nigerian-Canadian relationships with their contributions, thus representing the best of Nigeria.”

Oduoza has over 30 years banking experience in major financial institutions and is the founder and Chairman of the board of Nova Merchant Bank Limited. He is an internationally recognized and accomplished banker with diverse knowledge and experience in commercial and corporate banking.

In his acceptance speech, Oduoza appreciated the association for the award, and called on Nigerians and Africans in Canada and larger diaspora to prioritise investments in Nigeria and on the continent, saying the situation at home was not as bad as being portrayed by some sections of the media.

According to him, “every country has its own peculiar challenges and Nigeria is not an exception. Nigeria is a country with enormous opportunities across all sectors. I am convinced that Nigeria and larger Africa will get it right soon.”

He also urged Nigerians in Canada to continuously touch base with the home country.

The NCAC marks the Nigerian Independence Anniversary annually in an event that not only brings together over a thousand guests to celebrate the country’s freedom but also showcases the Nigerian culture, excellence and successes. It is the highest profiled Nigerian event in North America with professionals and businesses coming together to celebrate.

This year’s event was attended by leaders in business, public and private sectors including representatives of the Governor of Alberta and Nigerian High Commissioner.