Nigeria’s Senate, on Thursday, denied an alleged report suggesting that it approved a fresh N850bn loan request by President Muhammadu Buhari.
A statement by Senator Ajibola Basiru, Chairman, Senate Committee on Media and Public Affairs, described as “erroneous” the media report, which he said is not a true representation of what transpired on the floor during Tuesday’s plenary.
Instead, he continued, the Senators only amended a resolution reached earlier as to where the initial N850bn already approved by the National Assembly would be sourced.
Recall that the Senate had initially approved sourcing of the loan from external borrowing.
The upper chamber, he continued, rescinded its earlier decision to seek external borrowing by resolving to obtain the loan through the Domestic Capital Market.
“It is very important to make a very important clarification particularly on the widely circulated erroneous report that the Senate approved a fresh loan of N850bn at the Plenary on Tuesday.
“That is far from the truth. The resolution passed was an amendment of the earlier resolution as to the source of the initial N850bn loan that had been approved to be part of what should be used to fund the 2020 Appropriation Act.
“You will recall that the Senate had actually approved the loan of N850bn but to be sourced from external sources.
“However, because of the COVID-19 Pandemic and of the challenge in the international oil market with the attendant challenges of raising the approved loan externally, the President requested that the approved loan should rather be raised through the Domestic Capital Market.
“It was the above request as to sourcing the earlier approved external borrowing of N850bn from Domestic Capital Market that was approved by the Senate”, Senator Basiru explained. 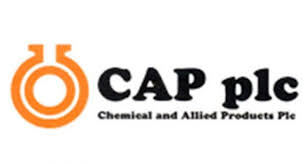