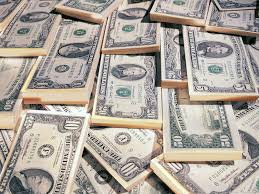 Post Views: 1,069 Data available on the website of the Central Bank of Nigeria (CBN) Tuesday evening, shows that the nation’s foreign reserve has grow...

Data available on the website of the Central Bank of Nigeria (CBN) Tuesday evening, shows that the nation’s foreign reserve has grown by $4.45bn or 17.69% from $25.155bn at the end of December last year to $29.605bn on February 27, 2017.
On a month-on-month basis, Nigeria’s reserves climbed by $1.796bn or 6.45% from $27.809bn; while between January 31 and February 27 (Month-to-date), the nation’s reserve rose by $1.431bn or 5.07%.
At this rate, expectations are that the reserves level would hit and greatly surpass the $30bn mark in a matter of days, as forecast by experts
In a statement on Tuesday, Dr. Adeyemi Dipeolu, Presidential Adviser on Economic Matters, also expressed optimism that the early passage of the 2017 budget estimates would lend further momentum to economic growth, just as the recent bond issue of US$1 billion which was subscribed by almost eight times will reinforce the trend of the nation’s increasing reserves level.
Reacting to the Gross Domestic Product (GDP) numbers released by the National Bureau of Statistics (NBS), he assured of “a better outlook for revenues from the petroleum sector with revenues set to increase with oil production now over two million barrels per day while oil prices holding relatively steady at an average of about $55 per barrel.
The GDP data, he explained, is testimony to the that the Federal Government’s efforts at turning around the nation’s economy are bearing good fruits, especially using agriculture, among other non-oil sectors.
Dipeolu said at -1.5% Nigeria’s 2016 GDP growth came better than the -1.8% originally projected by the International Monetary Fund (IMF).
According to him, “overall, the Nigerian economy performed better than expected even though we are still in the early stages of recovery. It is indeed noteworthy that overall 2016 growth was higher with a contraction at -1.5% than the -1.8% predicted by the IMF.”