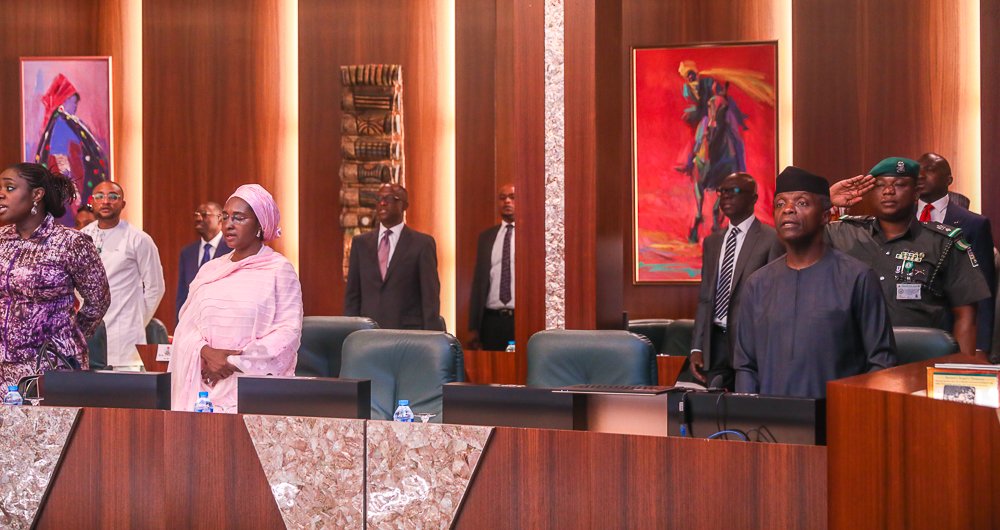 The National Economic Council (NEC), on Thursday indicted the Nigerian National Petroleum Corporation (NNPC) and other revenue collecting agencies for under-remitting a total of US$21bn and N526bn into the Federation Account between January 2010 and June, 2015.
The decision was based on the adoption of the final report of the KPMG Audit of revenue generating agencies submitted to the NEC ad-hoc committee chaired by Gombe State Governor, Mallam Aminu Dankwambo, a former Auditor General of the Federation, now Gombe State Governor.
Other members of the committee which recommended refund of the amounts under-remitted, included: Governors of Edo, Godwin Obaseki; Kaduna, Nasir el-Rufai; Akwa Ibom, Udom Emmanuel; and Lagos, Akinwunmi Ambode; as well as the Finance Minister, Mrs. Kemi Adeosun.
According to a statement, by ‘Laolu Akande, spokesman to the Vice President, “Council adopted the presentations and reports of the KPMG and the recommendations of its Ad-hoc Committee including a resolution to identify instances where there appears to have been criminal infringements and forward such to the Attorney-General of the Federation and the Legal Committee of the National Economic Council for further action.”
According to Akande, “Council resolved to pursue strengthening of the NNPC governance structure to prevent further recurrence of such gross under-remittance by the NNPC and other RGAs.
“Council also commended the courage of the President and Vice President as Chair of Council in ensuring the probe of Federal Government Agencies and completing the audit report as this promote transparency and the anti-corruption efforts of the Administration.”
The Council had received the final report of the audit at its February meeting. Besides the NNPC, also included among the of 18 agencies audited were: Federal Inland Revenue Service (FIRS), Nigeria Customs Services (NCS), Nigerian Maritime Safety Agency (NIMASA), Nigerian Ports Authority (NPA), Nigerian Communications Commission (NCC), CBN, Department of Petroleum Resources (DPR) and Nigerian Petroleum Development Company (NPDC), a subsidiary of the NNPC; among others.
At the February meeting, the committee had listed as key recommendations, the fact that besides cases of under-remittance, there were a few over remittances, and in some cases both by identified agencies.
There were however, also late remittances into the various accounts, following which KPMG urged the council to decide on repayment plans for all concerned agencies, besides “stepping up oversight function on the relevant agencies to ensure remittance as and at when due.”
It also recommended the proper and regular auditing of the accounts of the RGAs and those of the FG; and annual review of the agencies.
NEC is a constitutional body that advises the President on coordination of economic affairs in the country. It is headed by the Vice President and membership composed of all State Governors and the Central Bank Governor.