No Company Has Brought COVID-19 Vaccine For Nigeria, Says CACOVID 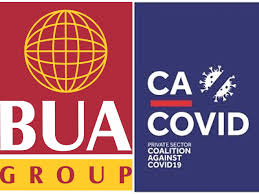 The verbal war involving prominent members of the private sector-led Coalition Against COVID-19 (CACOVID) continued on Tuesday, with the group saying it has commenced the process of buying the vaccines through the Federal Government’s National Primary Healthcare Development Agency (NPHCDA), the only body that can obtain any COVID-19 vaccine for Nigeria.

The statement quoted the Administrator of CACOVID, Mrs. Zouera Youssoufou, as debunking on live TV that any company has brought the COVID-19 vaccines into Nigeria.

Such claim, she insisted, “is not factual,” recalling that the group has since it was founded in March 2020, always agrees on what to purchase and how it is done, as well as the modalities for such.

Reacting to a statement by BUA that the Central Bank of Nigeria (CBN) put out a call to the CACOVID members on a small window through which to procure these vaccines, following which BUA put up the money (electronic copies of which were seen by Investdata News correspondent), Youssoufou, however, said: “nobody is disputing a transfer into Central Bank account; nobody is saying that did not happen, that is not where the challenge is.”

She further stressed that “these claims are not factual, as CACOVID operates on a collegiate fund contribution model. There is no agreement between BUA, CACOVID, and Afreximbank.”

She recalled how the President of the African Export-Import Bank (Afreximbank), Dr. Benedict Oramah, on February 7, explained the bank’s model during a conference call.

Oramah, she said, “also told us about an extra one million doses that we can get if we can confirm that we wanted those doses immediately by the next day February 8. And so CACOVID leaders agreed that yes, this was a good thing and would bring it to the meeting the very next day, which happened. So we had the meeting yesterday (February 8) and that discussion actually happened.

“What is really important to know is that Afreximbank, after that call, already secured those doses for Nigeria, because they had the confirmation from the Central Bank Governor, Alhaji Aliko Dangote, and Herbert Wigwe that they would pay for these one million doses.

Youssoufou stressed how the task force was working with the African Union and how they have set up a $2bn facility to help fund the vaccines for Nigeria and for African countries, and that the allocation of 42m vaccines had been made for Nigeria.

Rather, she stressed further, the CACOVID leadership agreed to contribute $100m to procure vaccines for Nigeria, adding that “these one million doses from Afreximbank worth $3.45m, being the very first tranche. CACOVID will purchase vaccines through other credible and subsidized mechanisms such as COVAX.”

“No individual or company can purchase vaccines directly from any legitimate and recognised manufacturer,” it said.

“So the purchase of the vaccines is very similar to the purchase of the testing supplies, meaning that we do this through very validated and subsidised means. Right now there are three mechanisms that Nigeria is participating in. One called COVAX, one called the African Union Vaccine Acquisition Task Force which is funded by Afreximbank, and the third one is the World Bank, which is also funding some of these vaccines.

“Nigeria as a country is a member of all these organisations. We as the CACOVID, the private sector coalition against COVID, our role is to support our government in what is needed in order to help our people in the context of this COVID-19. So I think the important thing that we all need to know is that there are several steps to procuring vaccines. The first thing is that government are the ones who can actually buy vaccines, so we as a private sector group, as individual companies, cannot buy vaccines, we can’t call AstraZeneca or Pfizer or Moderna to order vaccines from them. That is the first thing.

Responding to the claims by Youssoufou and CACOVID on Tuesday evening, via a statement made available to our correspondent, BUA Group said it stands by its story, stressing: “The facts remain the facts. Our statement is very clear and we stand by it.”

In what is evidence that this is after all a proxy war, O’tega Ogra, Group Head, Corporate Communications, BUA Group, drew attention to the fact “that Sunday Esan’s press release is not from CACOVID, but from his company and was made to look like its from CACOVID.”

BUA, he continued, “has always maintained from its announcement that it provided the funds through CACOVID which is in talks with Afrexim

“At no point in any statement did BUA say that it was purchasing the vaccines directly from Astrazeneca or in talks with Afrexim directly.

“BUA stands by its earlier statement regarding what led to this. If what they are saying is true, can they provide evidence of any payment for these 1million doses to the cacovid account at the CBN other than ours?

“Like we said, we are not interested in bickering. We are only interested in doing what we do in the best interest of Nigeria and Nigerians. Anything else is secondary.

“BUA did not at any point say it would be responsible for the distribution. A reading of our press release would show that we said that, “We hope the vaccines will priorities those on the frontlines.”

“If we had expected to handle direct procurement, logistics and distribution ourselves, would our statement have ceded that right to anyone else?

“As always, this looks like them trying to do massive damage control through a distorting of truths and facts to fit a false narrative that they have put out whilst burying the truth under semantics and a long winded press release with information that attempts to disparage and cast aspersions on the integrity of another. It’s their tool in trade,” he added.