The new economic reforms agenda of the current administration is starting to give us hope that our troubled economy can, indeed, rise up to the challenge.

The economic reform, since the onset of the Coronavirus (COVID-19) pandemic is a great source of hope that the government is finally coming to terms with the reality of our economic situation. It is now clear that our dire economic situation must be addressed through bold reforms and hard decisions.

Fortunately, this government is in a strong position to take these hard decisions, because the current economic woes do not give it any room to escape the harsh consequences of not doing the right thing.

The hardship also gives the people no alternative, as they are already worse off, and will be ready for the bitter pills as long as it will improve their living condition within a given timeframe.

Also important is the fact that government has no election calculations for which to defer its inactions and hence must therefore bite the bullet. The administration has shown in the past that it can take decisions and stay with it, whether right or wrong.

There are three critical decisions taken in recent weeks that show the government is on the right course. These are the deregulation of fuel prices, thereby getting rid of the scandalous drain pipes tagged subsidies, unification of the foreign exchange rates and in the process, putting a stop to subsidizing and creating of arbitrage window for corruption. There is also the recent focus on progressive taxation, which is also a step in the right direction.

The decision to deregulate the pump prices of petroleum products will remove subsidies that benefited those who did not need the subsidy. The costly nature of such subsidy to the national treasury, and the high corruption associated with it, were sufficient to have shut it down long ago.

The Covid 19 struggles showed that the world has changed and we, as a nation, needed to change with it, even as the Substantial cost savings from these subsidies will go a long way to address other social needs that have been left unattended over the years.

The CBN’s move to unify the foreign exchange rates at the investors and exporters window (I&E), where the market is, is the most realistic thing to do, because it is where those who constitute the bulk of  FX users come to buy or sell, with the banks as intermediaries.

It is important for the CBN to also supply the BDCs at the same market determined rate, while matching the market in its selling prices, leaving supply only at the top of the market. In that way, the market will gradually moderate itself.

The next most Important step to follow, however, should be for the CBN to do a follow up circular to clearly state that it will encourage those willing to save FX in their Domiciliary  Accounts in Nigerian banks to do so.

Those who take the option will have nothing to fear, given the CBN’s guaranty, as FX savings accounts for individuals will help manage rates better we are doing today. Such widespread Domiciliary Account holdings will ultimately take the pressure off the CBN and the Bureau de changes retail end of the market.

Such assurance to citizens  that there is no illegality in holding and saving in a Domiciliary Account within the country for personal use, will encourage rapid increases in the flow of FX from everywhere, thereby decentralizing sources of FX inflows and creating FX savings support that help the economy. Individuals with FX savings in their account will have no need to compete with SMEs, bidding for FX.

Prior to the 2015 elections, some analysts estimated that Domiciliary Accounts holdings in Nigerian banks held as much as 26% of the reserves of available FX at the time.

Whatever the true figure was, it was huge enough to cushion the available FX reserves at the CBN. The possibly explains why the stability of rates before that election fever started was obvious.

The ill-advised attempt to change policy on Domiciliary Accounts was a disaster, given the capital flight that followed that attempt, from which the economy is yet to recover.

This idea of the CBN promoting individual FX savings in Domiciliary Accounts might seem revolutionary now. It is not. Bold, market reforms like these, are the only hope for Nigeria.

Many years ago, around 1998, I wrote an article about the quagmire that was the FX situation in Nigeria and suggested that the CBN starts funding the Bureau De Change (BDCs) segment of the market at the time as a way to moderate the influence of Black Market rates that seem to set the rates.

No one gave it a chance, because the segment was considered irrelevant.

My argument at the time was that unless this small retail end of the market we referred to as “Black Market” was funded, it will continue to set the rates. I argued that this is the market to which a larger percentage of the population had access, and the supply was not available, following which currency speculators continued to have a field day.   Organizing that segment of the market and funding it, I stressed, will put out the fires that fuel the daily rises in FX rates.

It took all of seven years before the CBN warmed up to the idea. If you Free up the Domiciliary Account end of the market today, it will have the same exact effect.

Since funding BDCs became an official policy of the CBN, It has helped in price discovery. Getting a large individual FX savings into Domiciliary Accounts will even further deepen price discovery. It will take out a large number of speculators off the market.

This is one sure way to get the full benefit of the unification of FX rates.

The current moves of the CBN are coming on the back of some revolutionary policies of the current management. It is an indication that the CBN is working with data and prepared to soak some pressure. It is paying off.

For years, everybody, including this writer, has clamoured for low interest rates. I have argued over the years that the economy cannot grow on high interest rates mostly in the 20 -30% range.

Check out all the economies that are growing in the world, their financing rates are in the single digit range. The past three quarters in Nigeria have shown that the CBN is ready to force interest rates down, and there is nothing wrong with that.

Depositors and investors are getting used to the low rates on their deposits and the banks are getting weaned off the rigged game of collecting deposits at 3% and lending to government at 10%.

I have always argued also that of the three rates with which the CBN monitors the economy, the interest rate, is the only place it has control and shown these past months that it is possible to take control.

Inflation should worry us less. We can grow with 12% inflation. Strong growth will see us outpacing inflation with time. The Asian economies have shown that this is possible.

I have always posited that the inflation rate of any economy is the aspirational growth rate of that economy. In other words, our current inflation rate at 11.5% and our growth of about 2% shows we have potential growth and economic demand that outpaces current growth by 9.5%.

Such is not unusual for an economy that has so much infrastructural deficits and inefficiencies.

The reason inflation is so low in the advanced countries is because of the efficiencies in their economies, especially enhanced with technology. Technology has flattened their inflation. Their fear today is more about deflation, rather than inflation.

The CBN’s new move to unify the FX rates will eliminate one of the biggest leakages in Nigeria, while eliminating unseen corruption that stinks to the heavens. Nigeria’s federating States will also benefit from a more realistic exchange rate used for the monthly allocation to States as well.

The reform in taxation has also been great but it needs to be revolutionary. There is a need to do more.

The SME space need more air to grow. Any SME that is not having revenues of N50m should not pay company taxes, as against the current N25m allowed in the new tax regime by the Federal Government.

It is important to note that lower taxes as a way of pushing growth is now a well established fact. The UK and the US, for instance, have tax rates that are about half what company tax rates are in Nigeria, a situation that does not make sense, especially given the complete absence of infrastructure and government support for businesses.

A lower tax rate for SMEs is even a better form of subsidy. The current culture of throwing money inefficiently at them and the growing bureaucracy just to disburse these monies makes it an ineffective policy option.

Lower taxes are a better way to incentivize SMEs. It is also very transparent. The pursuit of progressive taxation like VAT and Stamp duties will make up for the taxes lost from the SMEs.

They will be responsible for collecting a large part of this VAT and stamp duties and if they increase in number and are growing. The taxing authorities will have a better focus on the taxes that are easy to collect, thereby reducing collection costs.

The next biggest reforms that should come will be to dismantle the Nigerian National Petroleum Corporation (NNPC), sell 30% stake of the various components to be created to a core investor and 70% to the public. Such core investors must commit to listing the component companies on the Nigeria Stock Exchange (NSE) within three to five years. The Nigerian Petroleum Development Company, Petroleum Products Marketing Company, NNPC ventures, should be the first to be privatized.

The drain pipe that the NNPC has become cannot continue.

This Muhammadu Buhari administration is in the best position to make this happen. Although there will be opposition from the usual quarters, this government must show its back to those who think they can hold the country to ransom. The government has no more elections to win and must insist on those reforms that will benefit the majority of Nigerians.

Deregulating petroleum sector must include dismantling PPRA to refocus and restrict it to its regulatory role only, under the Department of Petroleum Resources (DPR) and nothing more.

The government’s new found courage to reform must be encouraged by all, and kudos must go to all those at the helm of envisioning these reforms, and for a government that has been so vilified for most of its policies, we should also applaud her for doing the right things and pushing reforms that will make meaningful improvements in the lives of its people on the long run. 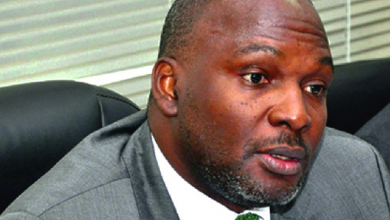 OPNION: The ALBERT OKUMAGBA I KNEW, By Victor OGIEMWONYI 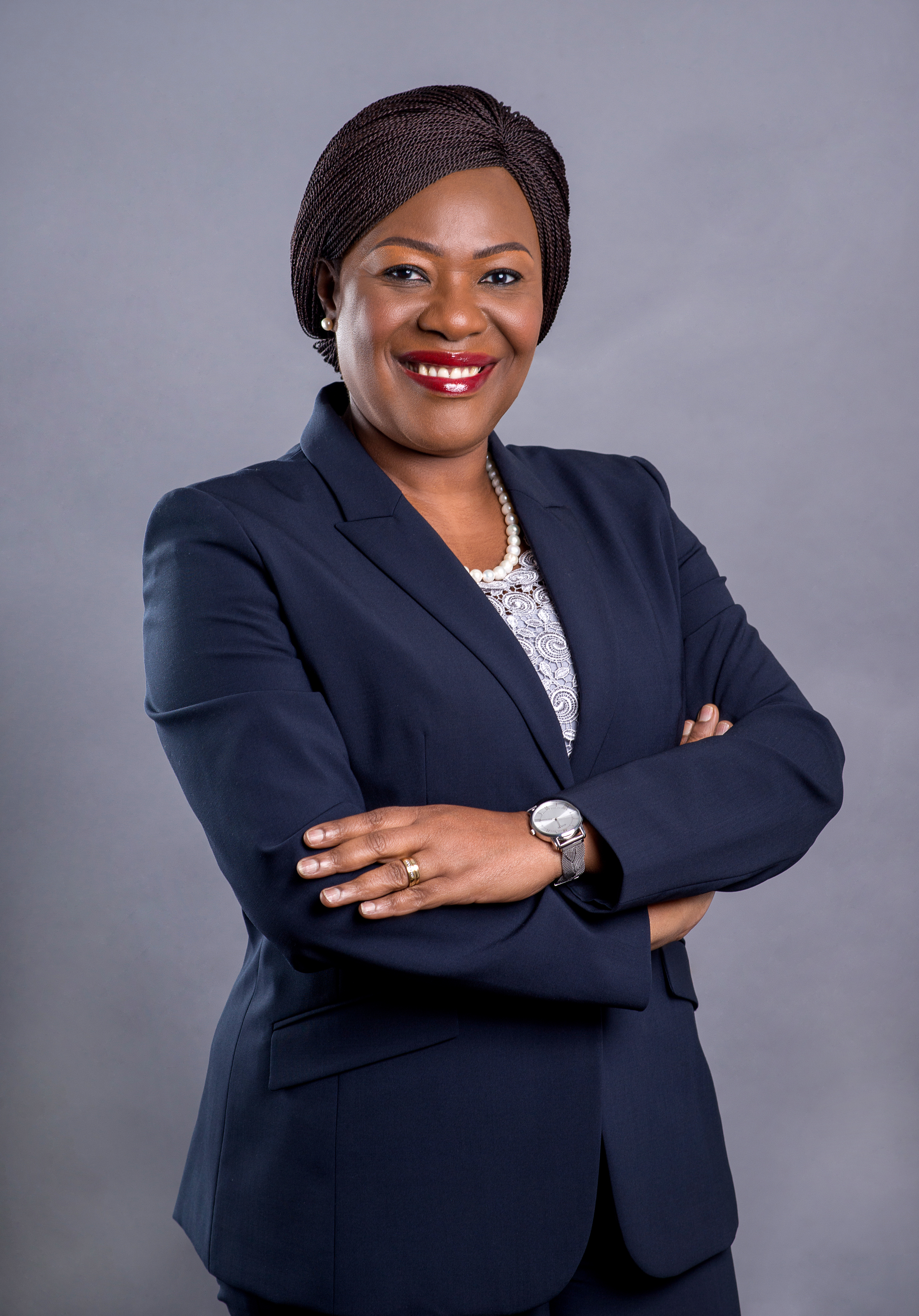 Guest Columnist: Banking on the future of work