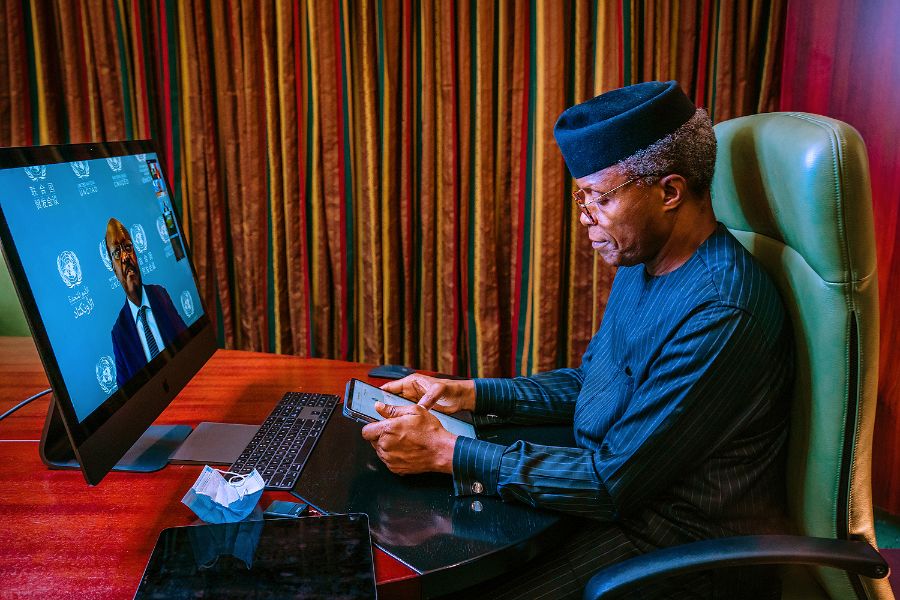 Vice President Yemi Osinbajo, on Monday, proposed an overhaul of the international tax system to tackle the scourge of Illicit Financial Flows (IFF) and related vices, given its negative impact on economic growth and development among countries, especially in Africa.

For example, he explained, he scourge “manifests through harmful tax policies and practices, abusive transfer pricing, trade mis-pricing and mis-invoicing illegal exploitation of natural resources as well as official corruption, and organized crimes. We have to pay particular attention to efforts to reform the international tax system.”

“This means that we must pay particular attention to these issues which are aided by things such as tax treaties, tax havens, and financial secrecy jurisdictions and indeed tax competition which leads to a ‘race to the bottom’ in terms of tax rates amongst developing countries.”

Calling for an urgent global action, the Vice President said leaders of destination countries of illicit funds and their proceeds must demonstrate the will to tackle the menace.

“I encourage all leaders, whose countries are considered absolute outliers for illicit financial flows, to join forces and take the responsibility of combating the scourge by insisting on the repatriation of illicit funds and their proceeds.

“Let me also avail myself of this opportunity to call on leaders, whose countries are the main destinations for illicit financial flows, to take concrete steps to prevent and stop the receipt of illicit funds into their countries, and to assist in freezing, seizing, and returning such funds and its proceeds already in their countries”.

Going forward, according to a statement by Laolu Akande, Senior Special Assistant to the President on Media & Publicity, Office of the Vice President, Osinbajo called for cooperation and synergy among “the private sector, civil society, trade unions and professional groups to work with governments in tackling illicit financial flows.”

For him also, “the private sector must support our efforts by adhering to international best practices in their operations and by ensuring that their tax and trade practices comply with local laws while professional bodies, including those for lawyers, accountants, auditors, and bankers must observe ethical professional standards and hold their members to account if they abet tax evasion and aggressive tax avoidance.”

Osinbajo called on the United Nations to facilitate the establishment of clear rules and enforcement mechanisms on all aspects of illicit financial flows.

In a reference to the Thabo Mbeki report on Illicit Financial Flows during an interactive session with journalists at the event, the Vice President called for concerted efforts among African leaders and cooperation between Africa and multilateral organizations to end the scourge of Illicit Financial Flow from the continent.

Answering a question on the proposal on combating Illicit Financial Flows by the Organisation for Economic Cooperation and Development (OECD), the Vice President said there is need for adequate representation of Africa during negotiations about illicit funds and their proceeds.

In his remarks at the event, the Secretary General of UNCTAD, Dr Mukhisa Kituyi said the determination of political authorities in Africa to address issues relating to abuse of tax practices, among others would be crucial in tackling illicit flow of resources to havens outside the continent.

While commending Nigeria for its leadership on the subject matter, Kituyi said sharing data on trade among African countries and adopting best practices such as the Open Governance Initiative as well as the Extractive Industry Transparency Initiative, would help in tackling the scourge of Illicit Financial Flows.