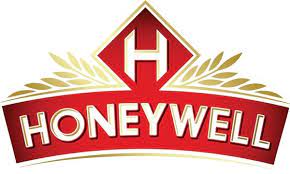 Honeywell Flour Mills Plc, the latest acquisition by Flour Mills of Nigeria Plc, in an N80bn deal, on Monday presented its audited financials for the full-year ended March 31, 2022, showing a slip into loss, despite the 24% growth in sales revenue for the period, arising from an increase in production costs that could not be mitigated by other income, even as financial cost dropped marginally. The loss after tax of N983.812m, from the previous year’s N1.125bn profit translated to a loss per share of 12.41 kobo from the prior year’s 14.2 kobo, following which the directors are unable to recommend a dividend for the period, a decision it said is “in order to conserve funds.”

A further breakdown of the cost of sales showed that raw and packaging materials gulped all of N111.438bn; compared to N82.662bn; while plant maintenance and post costs followed with N4.972bn, against the previous N3.696bn; and depreciation from N4.279bn to N4.809bn. Gross profit for the period, therefore, dropped from N15.621bn to N11.567bn.