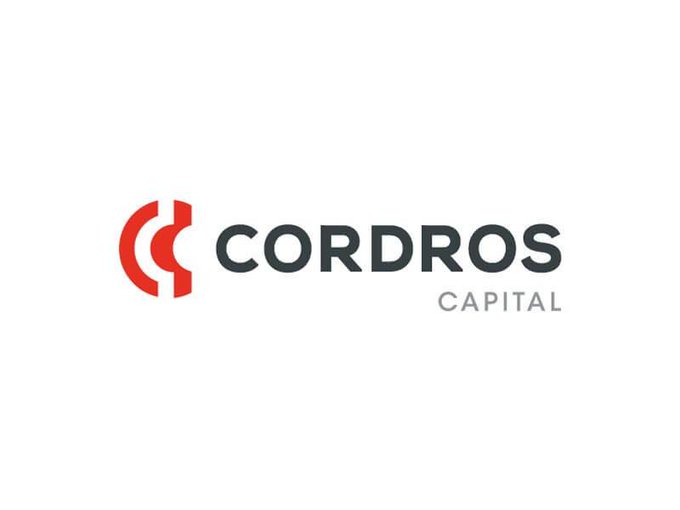 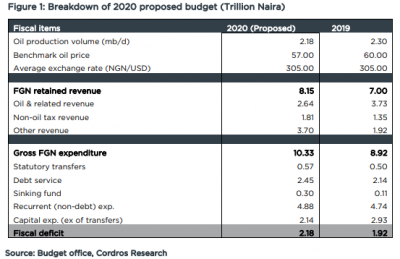 Optimistic Revenue Assumptions
To start with, expected oil revenue was set at NGN2.60 trillion – 32.4% of the total revenue– with the underlying assumption of crude oil price of US$57.00 per barrel and production of 2.18 million barrels per day. Given weaker global economic growth expectations, amidst heightened trade tensions, the supply and demand dynamics of crude oil are currently at disequilibrium, with supply running faster than demand, which has caused prices to trend lower. Going into 2020, we do not see a respite to trade tensions, amidst the inability of the concerned parties to reach a compromise. Thus, the risk of lower crude oil prices is high.
That said, in a bid to cushion the effects of the decline in crude oil price, OPEC, and its coalition of partners, are likely to maintain their production cut agreement, with Nigeria’s production threshold set at 1.77mb/d. Whilst compliance level among OPEC member states was estimated at 120.0% by Bloomberg, Nigeria still pushes volume beyond its agreed threshold. However, given the country’s recent pronouncement that it would comply, domestic production should be lower in 2020.
Hence, having factored in mild domestic vandalism and an absence of any major terminal shutdowns, we looked at two scenarios in determining domestic production; (1) Non-compliance, and (2) compliance with OPEC’s threshold. Interestingly, both scenarios showed crude production (including condensates) would fall below the proposed levels (of 2.18 mb/d), at 2.00mb/d and 1.97mb/d respectively.
Thus, at the production level of 2.00 mb/d, we estimated a dip in oil revenue by 9.47% to 2.39 trillion while at the production of 1.97mb/d, oil revenue is expected to also decline by 10.61% to 2.36 trillion.
Elsewhere, given the aggressive drive of the government on non-oil revenues, the proposed NGN1.81 trillion – 22.2% of the total revenue – may be achievable, with average performance over the last 10 years sitting comfortably at 78.4%. However, our view on government achieving its non-oil revenue target is however dependent on if the Value Added Tax (VAT) is increased to 7.5% from 5.0%.
Assuming a VAT rate of 7.5% in FY2018, we estimate an increase in Federal government revenue by NGN0.250 trillion.
That said, other revenues (45.4% of the total revenue) have been estimated at NGN3.7 trillion – which would be the highest in Nigeria’s history. The breakdown reveals that the FGN plans to receive N0.939tillion from signature bonus & renewals and NGN0.300 trillion from special accounts, among others.
We believe that the revenue from this segment will grossly underperform due to ambitious targets set by the FG. Specifically, we are pessimistic about the proposed revenue of NGN0.849tillion from the Independent Revenue (IGR from government agencies), given the poor efficiency level in government parastatals. In fact, since 2009, average performance in this segment has been below 50%. 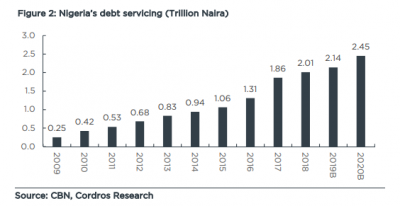 Fiscal Reliance on Ways & Means Will be extended in 2020
Whilst the breakdown of how the government intends to finance its deficit has not yet been disclosed, we expect the usual trend of tripartite financing (Domestic, foreign and CBN ways & means).
The level of domestic borrowings has been lower than expected in recent years, as the government has utilized the CBN ways and means facility. We highlight a significant jump (+ 29.6% YTD to NGN7.28 trillion) in August 2019, which signals that the government has continued that mean, in a bid to keep a lid on financing cost. The governments utilization of the “ways and means” is legal, but at current levels, it has exceeded the threshold stipulated in Section 38 of the CBN Act of 2007 — CBN’s lending to government in terms of Ways and Means Advances should not exceed 12.5% of its estimated recurrent budgeted revenue, with such advances repaid fully by the end of the Governments financial year. Going into 2020, we expect this trend of fiscal reliance on Ways & Means to continue.
Similarly, given the FGN’s recent appetite for foreign-currency borrowing and re-ignited craving for concessionary loans, we expect the government to access the Eurobonds market as well as seek financing from multilateral organizations. 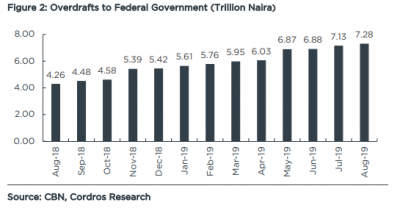