The Nigerian economy came out of the woods surprisingly at the end of the 2020Q4 when it closed 0.11% year-on-year, from a 3.62% contraction in the preceding quarter, and +2.55% YoY in the last quarter of 2019, according to data released on Thursday by the National Bureau of Statistics (NBS).

The 2020Q4 growth, the first in three consecutive quarters, though weak, is considered a positive surprise by analysts, reflecting “the gradual return of economic activities following the easing of restricted movements and limited local and international commercial activities in the preceding quarters.”

Reactions have expectedly greeted the GDP data published by the NBS across the various interests of the Nigerian economy.

For example, an obviously elated Mrs. Zainab Ahmed, the nation’s Minister of Finance, Budget and National Planning tweeted via her personal handle: “NIGERIA EXITS RECESSION in Q4 of 2020 with a GDP growth of 0.11%.”

For Taiwo Oyedele, Head of Tax and Corporate Services, PwC Nigeria, it is “interesting that we had a positive GDP growth rate in Q4 2020.”

The nation may have to wait until the GDP numbers for 2021Q1 to shout Uhuru, because although “we only need positive GDP growth in one quarter to exit recession “technically,” but it is only the beginning of economic recovery given the GDP decline we’ve experienced vs small positive growth.”

According to him, if the GDP again “turns out positive then we’ll technically be out of recession. But major challenges remain – insecurity, unemployment, high inflation, poor infrastructure etc. Time to start focusing on SDG, not just GDP,” he stressed.

Nonetheless, Razia Khan, Head, Research, Africa and Middle East, Standard Chartered Bank, in her own reaction, noted that “the overall Nigeria GDP contraction in 2020 was slightly less than half of what we’d previously expected.”

Drivers of this mild growth, the report noted, was the non-oil sector, specifically sectors like Information and Communication (Telecommunications & Broadcasting), Agriculture (Crop Production), Real Estate, and Manufacturing (Food, Beverage & Tobacco), among others.

Although the Q4 2020 growth rate was lower than growth rate recorded the previous year by –2.44% points, the bureau explained, it represents a 3.74% points improvement when compared to that of Q3 2020.

In the period under review, aggregate GDP stood at N43.564tr in nominal terms, higher than the N39.577tr in the corresponding period of 2019, representing a YoY nominal growth rate of 10.07%. This was however “lower relative to the growth recorded in the fourth quarter of 2019 by –2.26% points but higher than the preceding quarter by 6.68% points with growth rates recorded at 12.34% and 3.39% respectively,” according to the bureau. 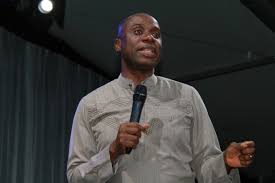