Market Update for October 3
The nation’s stock market on Thursday recorded another strong blow, extending its negative sentiment for the third consecutive session on persisted selloffs and dwindling confidence in the global economic outlook which clouded the domestic market. This arose from the fact that liquidity flowing into the equity market remained relatively low, given that fund managers had slowed down their buying interest on news of a weak global manufacturing sector.
The slowdown in economic activities in developed economies is a pure reflection of the impact of the lingering U.S-China trade war on confidence. Weakening confidence, as know, ultimately leads to weaker economic activities, heightened by the recent closure of the Nigeria-Republic of Benin border at Seme by the Nigerian government. Without adequate preparation, this action will, in several ways, further harm the real sector and consumption as prices of goods are on the rise while purchasing power is on the decline.
Until this year, the strategy from global central banks had been to ignore it all, while assuming that they could keep normalizing interest rates and shrinking their balance sheets while riding the wave of fiscal stimulus. They had imagined that for as long as economic data stayed solid, their mistakes were hidden. With this contraction or slow growth in the global manufacturing sector, the central banks have now positioned themselves to absorb potential shocks and economic weakness from an indefinite trade war.
With that, let’s take a look at the expectations building for another move by the Fed at their meeting slated for October 30, for another chance of a quarter-point cut, even as the probability of another rate cut has jumped to 88%, following this week’s ISM data.
In the domestic environment, banks must implement the Central Bank of Nigeria (CBN) directive to further increase their minimum Loan-Deposit Ratio (LDR) further from the 60% threshold set in July to 65% by December 31, 2019. Reports on Thursday are that some 12 banks in Nigeria have been penalized heavily for failing to meet the initial September 30 deadline. The further increase could naturally reduce lending rates among banks while they compete for borrowers who, as the new brides, would naturally ask for lower rates, as the banks rush to meet the set regulatory benchmark (READ MORE). This will naturally make more liquidity available to the real sector of the economy, especially the SMEs, while the quantum of funds available for the banks to play in the government securities’ market shrinks. At the moment, while the benchmark Monetary Policy Rate (MPR) has been retained at 13.5%, banks lending rates in Nigeria hovers between 23% and 26% after the various charges, but with this move by CBN, the banks can afford to push down their lending rates to 16% or 18%, so as to attract borrowers while meeting the set target. This could result in banks reporting far lower trading incomes in the coming quarters.
Meanwhile, Thursday trading started out on the downside and was sustained throughout on selloffs and profit-taking in high and medium cap stocks, thereby forcing the benchmark Nigerian Stock Exchange (NSE) All-Share Index to break the year’s strong support of 26,789 basis points. It, however, rallied on the back of last minutes ‘buy’ interests in Dangote Cement and 11 Plc, which reduced the loss momentum, as the ASI closed the day slightly above the 27,000bps mark on a low traded volume that signaled indecision among players.
Market technicals for the session were negative and mixed, as volume traded was lower than the previous day in the midst of negative market breadth and on high selling pressure.

Index and Market Cap
The benchmark NSEASI, at the end of the day’s trading, shed 229.18bps, closing at 27,085.69bps from its 27,314.87bps opening level, representing a 0.84% decline, just as market capitalization lost N111.56bn to close at N13.19tr, from its opening value of N13.3tr, which represented 0.84% value depreciation. The daily time frame MACD, however, remained bullish, while the Money flow index remained relatively strong, even if looking down.
Attention: If you have not signed up for Investdata buy and sell signal setup, don’t delay. We have just added another risk management feature and new stocks of most revered traders and investors in corporate Nigeria to our watchlist. These stocks are with double potentials. To become a member, send ‘YES’ or ‘STOCKS’ to the phone numbers below. Take advantage of this service to buy right and sell right ahead of Q3 earnings reports portfolio reshuffling and repositioning ahead of an economic roadmap from the new Economic Advisory Council to the government.
Thursday’s downturn was driven by the losses suffered by stocks like Nestle, Dangote Cement, Zenith Bank, Access Bank, BetaGlass, FCMB, FBN Holdings, UACN, Oando, Dangote Sugar and Honeywell, among others. This impacted negatively on the NSE’s Year-to-Date loss, which heightened to 13.82%, while YTD market capitalization gain fell to N1.47tr, representing 12.60% improvement over the year’s opening level of N11.72tr.

Mixed Sector Indices
The sectoral performance indexes closed largely bearish, led by the NSE Consumer Goods Index, which suffered a 5.42% slump; followed from afar by Insurance and Oil/Gas indexes at 0.35% and 0.09% respectively; while the NSE Industrial Goods and Banking indexes managed to stay 0.79% and 0.16% up respectively.
Market breadth remained negative as decliners outnumbered advancers in the ratio of 18:12; while market activities in volume and value were down by 13.78% and 1.85% respectively to 151.2m shares worth N2.52bn; from previous day’s 175.78m units valued at N2.57bn. The day’s volume was driven by transactions in Guaranty Trust Bank, FBN Holdings, Fidelity Bank, Transcorp and Access Bank.
Niger Insurance and Neimeth Pharmaceuticals were, however, the best-performing stocks for the day, after gaining 10% and 9.09% respectively, and closing at N0.22 and N0.48 each, on the back of the ongoing industry recapitalisation and market forces respectively. On the flip side, Nestle Nigeria and Beta Glass lost 9.99% and 9.96% respectively, closing at N1255.50 and N53.80 on sell down.

Market Outlook
Today’s, being the last trading session of the week, we expect the mixed performance to continue as bargain hunters take advantage of the pullback to position ahead of quarterly financials, especially now that the NSEASI has resisted further decline, after touching a new low and rebounded on the same day, which is a good sign of imminent reversal. However, let the interplay of market forces on Friday and Monday confirm this recovery. Discerning investors should latch onto this, meanwhile, as a way of averaging down and recouping their investment immediately a recovery stage sets in, helped by economic policies, when things start to change gradually. In the process, equity prices will be influenced positively, while investors watch for sectors like insurance, banking, Industrial Goods, services, as well as oil/gas that have become defensive in recent times and could go bullish in no distant time.
Furthermore, we note that all eyes are on the newly appointed economic advisory team to settle down quickly and begin churning out policies capable of turning things around. 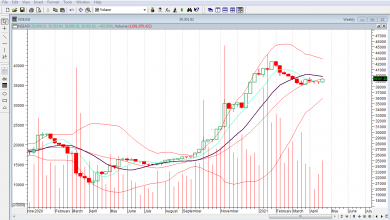 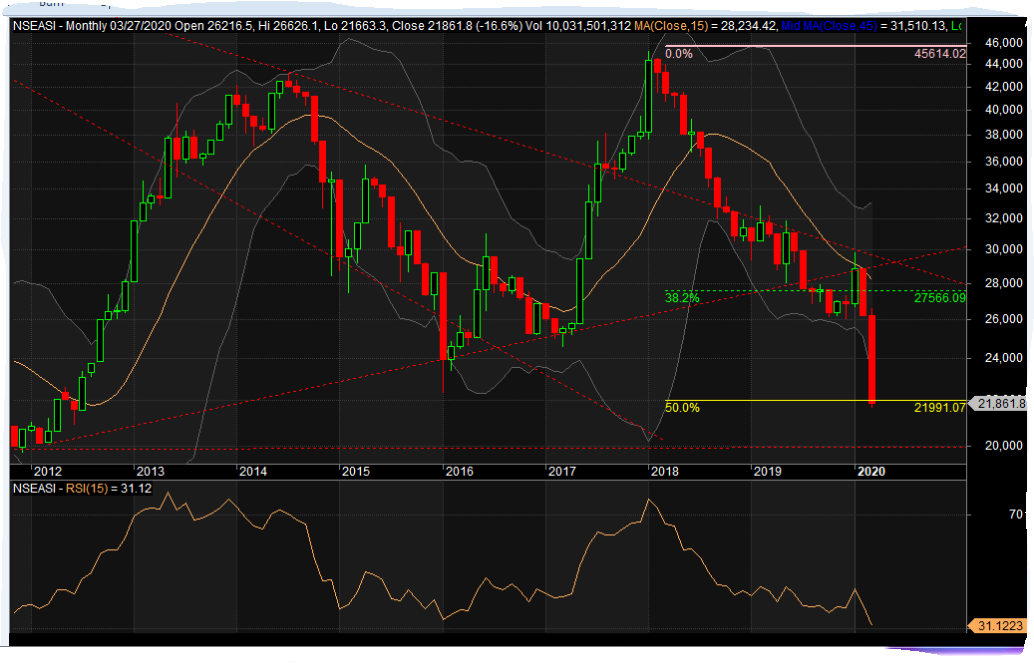