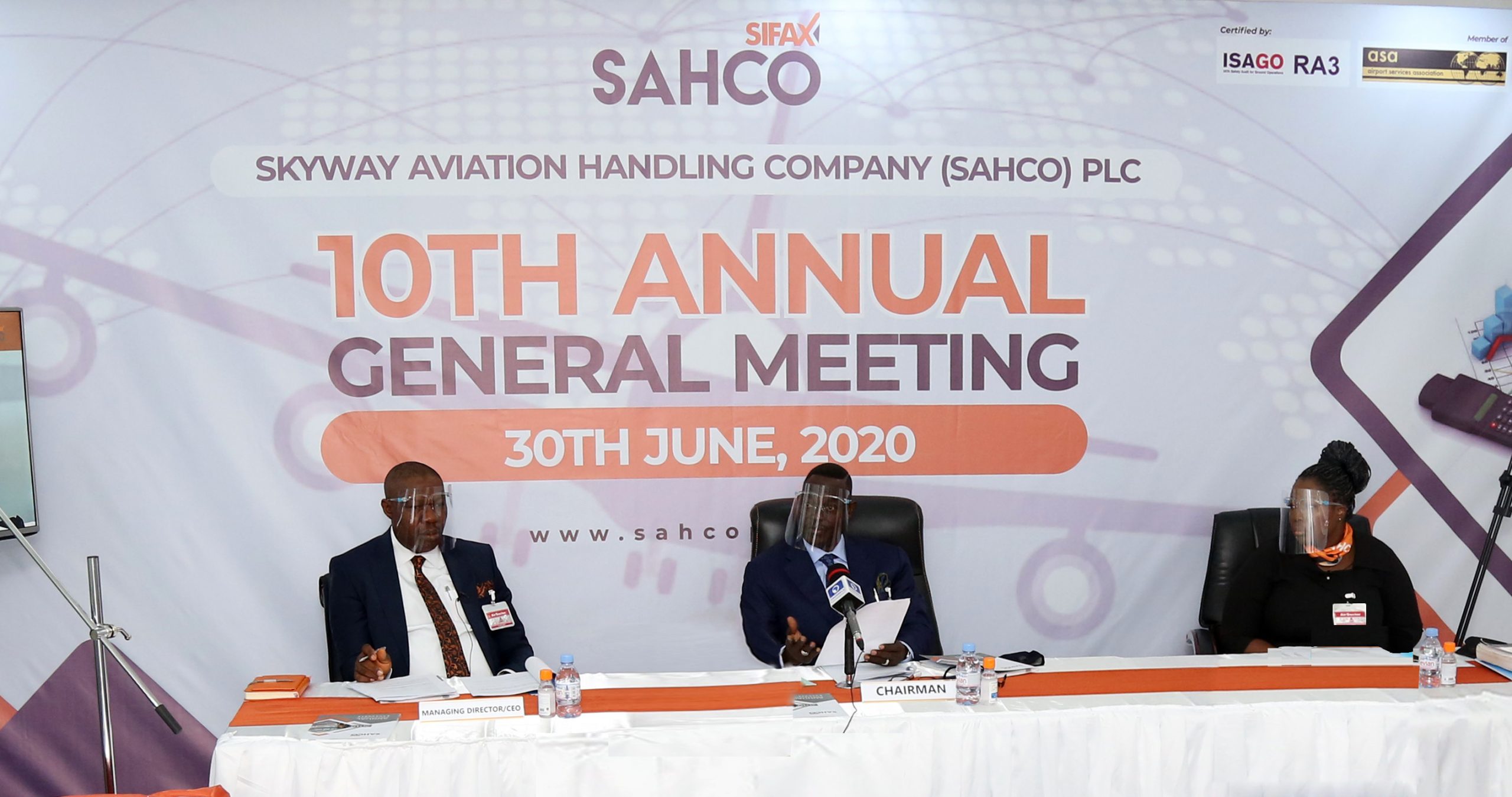 Shareholders of Skyway Aviation Handling Company PLC (SAHCO), on Tuesday in Lagos, unanimously approved a total dividend of N223.34m for the financial year ended December 31, 2019, representing a dividend per share of 16.50 kobo.

Speaking at the meeting, Dr Taiwo Afolabi, the company’s Chairman, assured the shareholders of enhanced return on their investment in the ongoing financial year, after embarking on development of business models expected to usher in efficient and speedy service delivery.

He expressed belief that the business model and massive investment in capacity to serve its growing clientele base, which was embarked upon last year, would change the financials status of the company by year-end.

Afolabi said the company invested in “the acquisition of modern equipment, provision of new facilities, capacity development for staff and board members,” besides its diversification into a new complementary business with a growth potential.

This is in addition to embarking on an aggressive marketing drive, both local and internationally, to shore up the client base and revenue, describing the company’s performance in the period under review as encouraging and also a pointer to its brighter future.

“The twin factors of cost reduction and new business helped to achieve this feat” he said.

He explained that the company’s revenue grew by 24.93%, when compared with 2018 figure.

Also speaking, Basil Agboarumi, its Managing Director, said SAHCO successfully expanded its export warehouse to accommodate the influx of export to provide ease of cargo handling services due to growing demand for export in Nigeria.

“Over the years, SAHCO has seen the need to innovate and build aviation ground support equipment which birthed the production of the first ever Fuel Bowser that was produced at the maintenance workshop of the SAHCO’s department,” he said.

Agboarumi said the company’s management intends to reposition SAHCO as the best Ground Handling Company in West Africa by acquiring more client airlines using the leverage of being the preferred handling partner of British Airways and other global carriers already in the company’s fold.

A breakdown of the company’s financial performance during the period under review shows that revenue increased by 24.5% to N7.67 billion against N6.14bn in 2018.

Similarly, an increase of 167% was recorded in its profit in the 2019 accounting year.