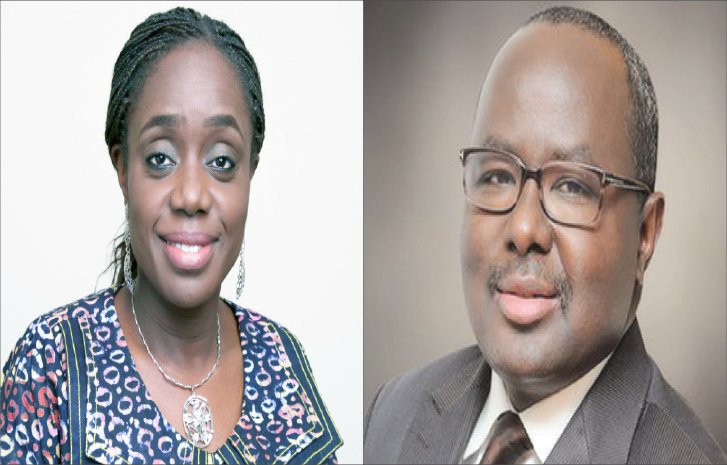 Online newspaper, Upshot Reports, quoting the outcome of the Federal Government’s Administrative Panel of Inquiry has recommended the dismissal of Mounir Gwarzo, suspended Director-General of the Securities and Exchange Commission (SEC), from the Public Service.
This, it said is in line with “PSR 030402 (in relation to the allegation on Golden Handshake), having breached paragraphs 313 and 316(4) of the Financial Regulations (Government Notice No. 219 of 27th October, 2009)(engaging in extra budgetary expenditure without appropriate approval).”
The newspaper quoted a Presidency source as saying the report and recommendations of the API headed by the Permanent Secretary of the Federal Ministry of Finance, Mahmoud Isa-Dutse, is ready.
Among others, the panel wants Gwarzo referred to the Independent Corrupt Practices Commission for further investigation of the allegation of abusing his office to award contracts to Outbound Investments Limited, contrary to the provisions of Sections 57 (12) (b) and 58 (5) of the Public Procurement Act, 2007.
The report said to have been submitted to Mrs. Kemi Adeosun, the Minister of Finance, directed Gwarzo to refund the sum of N104,851,154.94, being the severance package he illegally approved for himself and received.
“Holding of the position of the director-general of SEC as well as a director in two private companies (Medusa Investment Limited and Outbound Investments Limited) was in breach of public service rule 030424, public service rule 030402 and Section 6 of the Investment and Securities Act, ISA 2007,” Upshot Reports quoted the report as saying.
The panel also reportedly recommended that that Gwarzo:

The Panel also recommended that the cases of two management officers of the Commission – Mrs. Anastasia Omozele Braimoh and Abdulsalam Naif H. be referred to SEC for appropriate disciplinary action in line with the provisions of the Staff Manual of SEC.
The Panel advised the Federal Government to re-orientate public servants to the very fact that the Public Service Rules and Financial Regulations are ground norms of every Government Service Contract, be it at the Federal, State or Local Government levels.
It added, “Accordingly, all Government Extra-Ministerial Departments and Agencies should be made to understand that the PSR and FR are superior to whatever specific legislations and domestic arrangements that guide their operations, except when such issues were not covered by any provision of the PSR.”
Meanwhile, Mrs. Adeosun and Gwarzo met at the public hearing organised by the House of Representatives’ Committee on Capital market to intervene in the conflict between the Minister and the suspended DG, with the Minister telling Tajudeen Yusuf-led committee that “Munir remains suspended and I’m sending my recommendations to Mr President today (Tuesday).”
Speaking through his Counsel, GUK Igwe, SAN, Gwarzo told the committee that Adeosun was after him because of her desire to protect Oando Plc, a firm he was investigating before he was asked to go on suspension adding that the Minister does not have such right to suspend him.