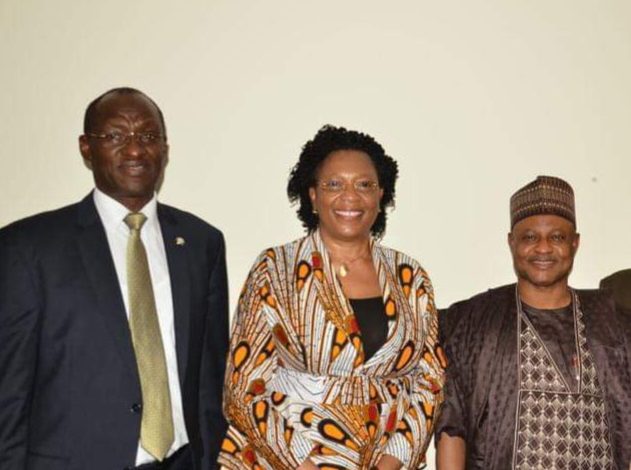 The Senate, on Wednesday, confirmed the nomination of Mrs. Emily Chidinma Osuji as an Executive Director of the Nigerian Deposit Insurance Corporation (NDIC), following consideration of the report of the Committee on Banking, Insurance and Other Financial Institutions.

Chairman of the Committee, Senator Uba Sani (Kaduna Central), in his presentation, said “the office of the Executive Director (Corporate Services) of the Corporation remains vacant following the end of the tenure of the previous occupant.”

A statement by Ezrel Tabiowo, Special Assistant (Press) to President of the Senate quoted Sani as saying Mrs. Osuji’s nomination by President Muhammadu Buhari was duly in accordance with the provisions of Section 8 of the Nigerian Deposit Insurance Corporation Act, 2006.

According to the lawmaker, “the nominee possesses the academic qualifications, technical knowledge and professional experience to be Executive Director of the NDIC.”

He disclosed that the Committee did not receive any petition against her nomination, adding that Osuji was “cleared by the Nigeria Police, Department of State Services (DSS) and possesses the Code of Conduct Acknowledgement slip.”