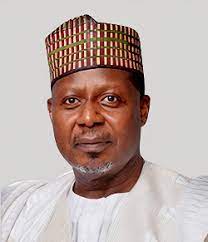 Despite opposition by shareholder groups in the country, the Nigerian Senate, on Wednesday, confirmed Umar Yahaya as Co-Chairman of the Governing Council of Unclaimed Funds Trust Fund, following to the consideration of a report by the Committee on Banking, Insurance and Other Financial Institutions.

Chairman of the Senate Committee, Senator Uba Sani (APC – Kaduna Central), in his presentation, said Yahaya’s appointment was in accordance with the provisions of Section 77(5) of the Finance Act, 2020.

Yahaya, chairman of First Pension Custodian Limited, was nominated by President Muhammadu Buhari in a letter to the Senate dated June 3, 2022.

According to the lawmaker, “the nominee possesses the academic qualifications, technical knowledge and professional experience to be appointed Co-Chairman of the Governing Council of Unclaimed Funds Trust Fund.”

Sani said the panel did not receive any petition against Yahaya’s nomination, and that he had been cleared by the Nigeria Police Force, Department of State Services (DSS), and possesses the Code of Conduct Acknowledgement slip.

Recall that the Director-General of the Securities & Exchange Commission (SEC) recently said a total of N170bn unclaimed dividends have been remitted to the UDTF, which is now to be managed by the Governing Council, which replaces the former arrangement where the Commission and the Debt Management Office (DMO) took charge.

Announcing the move to newsmen after a post-Capital Market Committee conference, Yuguda said the funds will remain under the custody of trust “until the owners come forward to claim them. We still have cases of multiple subscriptions, but we are working very hard on solutions to tackle them, especially in the area of unclaimed dividends.”

To reclaim their funds, he said the owners or beneficiaries should come forward with appropriate documents proving ownership.

The unclaimed dividends debacle has remained a thorny issue in the Nigerian capital market and various administrations of the SEC have proferred different solutions to check the menace, with the latest being the most comprehensive yet.

The CAMA 1990 (revised 2020) defines “unclaimed dividends” as dividends not claimed within six months after being declared by the board, after which they are returned to the company, from where the investors can make claims within a 12-year window, after which it becomes statute barred and will be forfeited.