The Senate on Wednesday called for the review of the Power Sector Reform Act 2005.

According to the upper chamber, a new and more dynamic Electricity Act would among others, “consolidate the roles of regulators and policy makers; bridge existing gaps in the legal and regulatory framework; and cater to post-privatization operational issues in Nigeria’s power sector.

This was contained in resolutions reached following consideration of the report of the Senate Committee on Power on “Addressing Nigeria’s Power Problems,” according to a statement by Ezrel Tabiowo, MBSC, Special Assistant (Press) to President of the Senate.

Chairman of the Committee, Gabriel Suswam (PDP – Benue North East), in his presentation, stressed the need for more consumers to be metered to avoid estimated billing.

He added that the Federal Government’s intervention since the privatization of the power sector in 2012 – amounts to N1.5tr  – an amount used to fund tariff shortfalls that ensured Generating Companies (Gencos) and their respective suppliers were paid for energy delivered and consumed.

Contributing to the debate, Senator Sam Egwu (PDP – Ebonyi North), while lamenting the “decay” in the power sector, described the privatization process that led to the sale of government assets as “faulty and highly compromised.”

The Senate Chief Whip, Senator Orji Uzor Kalu, on his part called for the outright discontinuation of subsidy payments on electricity by the Federal Government to Distribution Companies (DISCOs).

The Senate in its resolutions, accordingly, resolved that the Cost reflective Tariffs Principle be reviewed and revisited to ensure that the Electricity Distribution Companies (DISCOs) pay for the full amount of power the receive from the Nigerian Bulk Electricity Trading Plc (NBET).

As way of bridging the gap in remittances to the Nigerian Electricity Regulatory Commission (NERC), the Senate urged Ministries, Departments and Agencies of Government (MDAs) to make provision for payment of all outstanding debts and liabilities owed to DISCOs, as well as accommodate budgetary provision for anticipated consumption for the 2021 Appropriation year.

The upper chamber while kicking against the bill on criminalizing estimated billing, called for the immediate removal of the increased custom duties of 35 percent to allow Meter Asset Providers (MAP) clear meters stuck at the port.

According to the Senate, rather than continue to pay for consumption, the Federal Government should consider an intervention that would see to the purchase of customer meters as way of fulfilling its 40% shareholding in the Discos.

As way of insulating the Nigerian Electricity Regulatory Commission from political interference, the upper chamber resolved to empower it perform its functions in a way that guarantees that it is not distorted.

It also called on the Federal Government to consider recruiting 320 additional staff for the Nigeria Electricity Management Services Agency (NEMSA) to carry out technical inspection, testing and certification of all categories of Electrical installation across parts of the country, as well as provide nationwide metering inspection services. 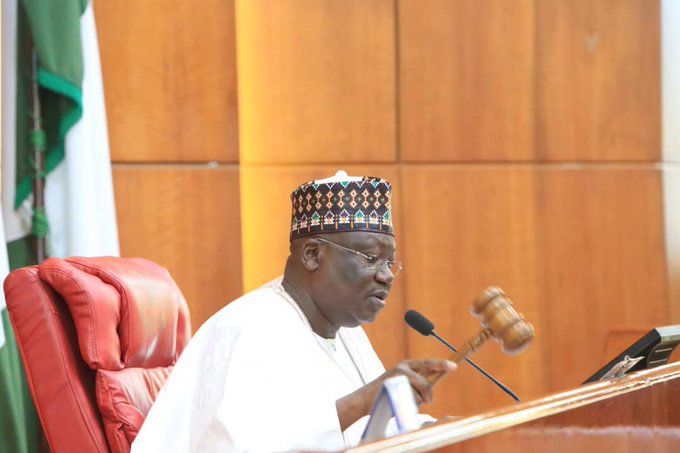