1 Seplat Energy Board Silent On Replacement, As Orjiako Exits May 2022 – Invest Data 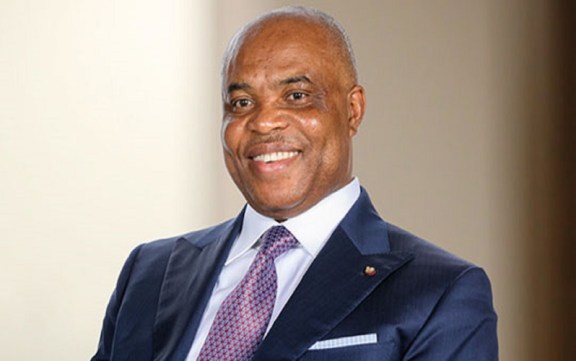 Seplat Energy Board Silent On Replacement, As Orjiako Exits May 2022

Post Views: 383 Seplat Energy Plc says it has received a notification of a decision of its founding Chairman, Dr. Bryant Orjiako to step down as Chair...

Seplat Energy Plc says it has received a notification of a decision of its founding Chairman, Dr. Bryant Orjiako to step down as Chairman and exit the board at the end of the next Annual General Meeting in May 2022.

The company said in a statement to the Nigerian Exchange, said the notification was received on Wednesday, November 17, 2021, but did not immediately name a replacement, noting that the six-month notice after which an Independent Chairperson will take over was “to facilitate an orderly transition.”

Although the statement was silent about the reason for his exit, we recall that Orjiakor has had a running battle over bank debt, following which the Lagos head office of his company Shebah Exploration & Production Company, which also housed the operational headquarters of Seplat Energy was sealed over his debt owed to Zenith Bank.

According to Seplat’s statement to the NGX on November 9, ‘the Interim Orders give an administrative mandate to Seplat Energy Plc and others not to deal with the assets of (or transfer funds to) Shebah Exploration & Production Company Limited, Shebah Petroleum Development Company Limited and Dr. A.B.C. Orjiako.”

The order, Seplat assured, “has no impact on the operations of Seplat Energy. We understand the injunction relates to loans made by Zenith Bank PLC to Shebah Exploration & Production Company Limited in 2014.”

It is not clear whether the decision by Xavier Rolet, an Independent Non-Executive Director, to exit the board from November 11, after barely 13 months of his appointment on October 1, 2020, was due to an initial reluctance by Orjiako to relinquish his position. Rolet however cited personal reasons for his decision.

The notification on the matter titled: “Interim Limited and Others,” was posted on the Nigerian Exchange Group (NGX) website.

The decision to step down and be replaced by an Independent Chairperson, the company said, however, “is a testament to the strong corporate governance and best practices he instilled in the Board.’

Dr. Orjiako, the statement said, is the co-founder and pioneer of Seplat Energy, beginning in 2009, as Chairman of the Seplat Energy Group, which he has taken through a number of acquisitions as the driving force. The company became the first and only Nigerian corporate to dual list on the Nigerian Stock Exchange and the Main Board of the London Stock Exchange in 2014.

He expressed the appreciation of Seplat Energy’s board “for his strategic vision, drive, and limitless energy to create Nigeria’s leading indigenous independent energy company.”

Commenting on the decision, the outgoing chairman, recalled that “the past twelve years at Seplat Energy have been exhilarating for me.

“As Chairman, I am proud that the Board, Management and entire Staff of Seplat Energy were able to achieve several enviable milestones and exceptional successes, notably the acquisition of eight oil and gas assets, expansion of the Oben, and development of the ANOH gas plants and the dual listing on both the Nigerian and London Stock Exchanges – a first by a Nigerian company.

“While there were challenges along the way, we overcame these by the special grace of God, the outstanding performance and professionalism of each member of the Board and Management, and the sterling efforts of our staff.  I will continue to give my utmost energy and commitment to the Company until I step down from the Board at the next AGM,” he said.

on behalf of all members of the directors, thanked Dr. Orjiako “for his immense contribution as a co-founder and Chair of Seplat Energy since inception.”

“He has been Chairman during both exciting and challenging times, and his dedication has been constant throughout.  The Board and Management look forward to working with him during the transition period and we will miss his insight, expertise, and leadership when he finally steps down in May,” Omiyi said.