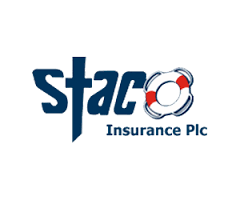 The board of Staco Insurance Plc, on Wednesday told shareholders and investors that it got the blessing of the Nigerian Stock Exchange (NSE) to delay the filing of its unaudited financials for the nine-month ended September 30, 2018.
The statement, dated Wednesday, October 10, 2018, the company said it is also yet to file its audited financials for the year ended December 31, 2018, with the exchange, because it is yet to receive approval from its primary regulator- the National Insurance Commission (NAICOM).
NAICOM, in the statement by Bayo Fakorede, the company’s acting managing director, reaffirmed its commitment to submit the financial statement on, or before November 30, 2018.
Staco recalled that “NAICOM had raised certain queries after reviewing the same for the company’s attention.”
The statement promised that upon finalizing the 2017 audited financial statement and obtaining NAICOM’s approval, the company shall immediately proceed to file” it with the exchange.
In its letter of October 3, 2018, to the NSE, Staco, through its company secretary, Jackson, Etti & Co, explained that NAICOM “requested by way of formal letter, that the company resolves certain issues raised.”
The company, it continued, has been taking steps to resolve the queries raised by NAICOM and is in the process of finalizing the 2017 audited financial statement, which would be refilled with NAICOM for approval, after which it would be submitted to the NSE.
It is however unclear whether part of the issues to be resolved has to do with the recent dismissal of its MD/Chief Executive, Dr. Sikiru Oyefeso on grounds of financial misappropriation, was taken on July 30, 2018.
The former chief executive who was fired after 24 years in the company, was also accused of abusing his office and breaching corporate governance best practices.
He was subsequently replaced by Bayo Fakorede, subject to approval of NAICOM.