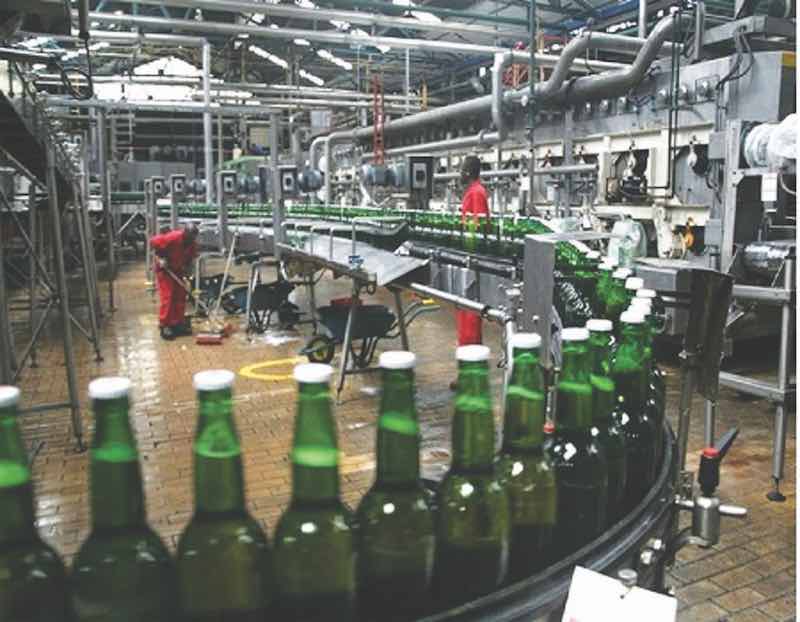 Stakeholders, including the Central Bank of Nigeria (CBN), Enugu State Government, and the Federal Ministry of Industry, Trade & Investment, have commended the board of Nigerian Breweries Plc for commencing civil works on the expansion of its Ama Brewery in Enugu, South-East Nigeria, at an estimated cost of N56bn.

Speaking at the commissioning ceremony on Wednesday, April 27, 2022, Governor of the CBN, Godwin Emefiele, while praising the company for the expansion project, said the apex regulator would continue to fashion policies that would improve the non-oil sectors of the economy as a means of cushioning the impact of the global shock on the country.

Represented by the Director, Trade and Exchange, Dr. Ozoemena Nnaji, Emefiele urged the company to t Aake advantage of the several intervention programmes of the bank for further expansion projects, expressing its commitment to collaborate with the company in its collective quest to increase the contribution of the non-oil sector to Nigeria’s GDP.

Speaking at the ceremony, Enugu State governor, Ifeanyi Ugwuanyi, who was represented by Secretary to the State Government, Prof. Simon Ortuanya, commended Nigerian Breweries Plc for taking the bold step to expand its current brewing capacity, which demonstrates its commitment to the nation’s economy and Enugu State.

The project, when completed, Ugwuanyi noted, would enhance the industrial growth of Enugu and Nigeria while improving the company’s market share.

Also speaking, the Minister of Industry, Trade & Investment, Otunba Niyi Adebayo, who was represented by the Deputy Director, Industrial Department, Federal Ministry of Industry, Trade & Investment, Mrs. Olumuyiwa Ade-Ajayi, commended the management of Nigerian Breweries for its foresight and determination in embarking on this massive project which would, no doubt, mark a significant milestone in local content achievement. She noted that the company has, over the years, demonstrated immense capacity to support the government’s commitment towards local content, as can be seen in Nigeria’s economic transformation.

On his part, the Chief Executive Officer, HEINEKEN, Dolf van den Brink, said the investment in Ama Brewery is a further demonstration of the long-standing history and relationship between HEINEKEN and Nigeria, which dates back to 1946.

“Based on our longstanding role in the past and present, HEINEKEN is investing €112 Million in this important Ama Brewery Expansion project because we see ourselves as playing a major role in Nigeria’s future. We are proud to be part of the growth and development of this great state and country,” he said.

The President of the Manufacturers Association of Nigeria, represented by the Director-General, Segun Ajayi-Kadir, lauded the company for its resourcefulness in kicking off the civil works for the expansion of Ama Brewery.

This bold move by the company, he continued, demonstrates the strategic thinking of the board and management of the company and its firm belief in the boundless possibilities in the Nigerian market.

Also speaking during the commissioning, the Acting Executive Secretary and Chief Executive Officer, Nigeria Investment Promotion Commission (NIPC), Emeka Offor, commended the company for embarking on such a massive investment at a time when the world is experiencing economic shocks occasioned by the global COVID-19 pandemic, which is a sign of its resilience and determination to overcome the odds, with focus, innovation and good management.