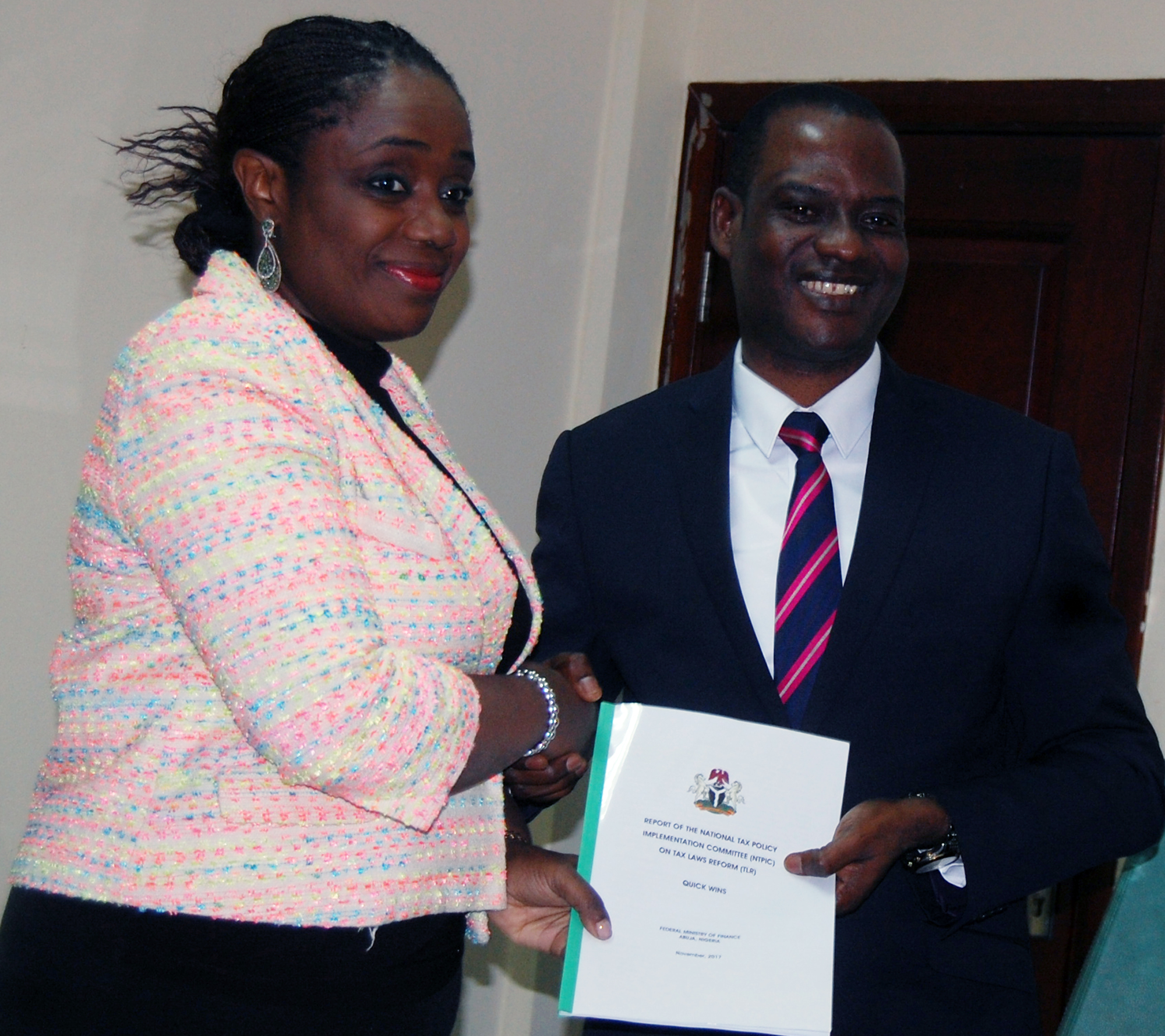 Post Views: 1,168 The Federal Government says it has commenced the Automatic Exchange of Tax Information (AETI) regarding overseas assets held by Nige...

The Federal Government says it has commenced the Automatic Exchange of Tax Information (AETI) regarding overseas assets held by Nigerians with its counterparts in some countries like the United Kingdom.
Minister of Finance, Mrs. Kemi Adeosun, according to a statement by Oluyinka Akintunde, her Special Adviser on Media & Communications, confirmed this on Friday in Abuja during the presentation of Progress Report on Tax Laws Reform by the Vice Chairman of the National Tax Policy Implementation Committee, Taiwo Oyedele.
She expressed satisfaction with the data being supplied to Nigeria by foreign countries under the AETI, to which the country became a party in January 2018, which she believes “will underpin a long term improvement in the nation’s tax to Gross Domestic Product (GDP) ration, in turn, will improve life for the masses.
“The data on bank accounts, property and trusts, which has come automatically from a number of countries is being used to support the Voluntary Assets and Income Declaration Scheme (VAIDS) by allowing the tax authorities to check the accuracy of declarations received.”
Fielding questions from newsmen at the event, she said the data is being used “to generate ‘nudge’ letters which are being sent to those identified as being potential tax defaulters.”
Nigeria had written to a number of nations to request specific information about offshore trusts and bank accounts held by its citizens, the Minister said, urging users of offshore structures and take advantage of VAIDS to regularise their taxes before the expiry of the amnesty programme.
“The offshore tax shelter system is basically over. Those who have hidden money overseas are being exposed and whilst Nigerians can legally keep their money anywhere in the world, they must first pay any taxes due to the Nigerian Government so that we can fund the needs of the masses and create jobs and wealth for our people.
“The moral argument against illicit financial flows and tax evasion and the strong international co-operation are such that every Nigerian tax payer should do the right thing. The needs of our people for development override any other argument against payment of tax,” she stressed.
Adeosun said Nigeria needs sustainable revenue pool that could deliver infrastructural development for citizens, while improving the nation’s tax to GDP ratio.
She assured that the Federal Government would build a robust tax system and implement the recommendations by the National Tax Policy Implementation Committee (NTPIC) on tax laws reform.
Speaking earlier, the NTPIC Vice Chairman, Mr. Taiwo Oyedele, who represented the Chairman, said the Committee considered three major policy documents namely: the Economic Recovery and Growth Plan (ERGP), the National Tax Policy and Ease of Doing Business Plan.
He disclosed that the Committee agreed that tax reforms should align with overall Government objectives as articulated in these documents, such that every action or recommendations would promote and catalyse the realisation of overall objectives.
The Committee, according to him, identified the seven major tax areas that would have the highest impact, such as: Company Income Tax (CIT), Value Added Tax (VAT), Customs & Excise Tariff (CET), Personal Income Tax (PIT), Pension Contributions, Industrial Development Income Tax Relief (IDITR); and Tertiary Education Trust Fund.
He said proposed changes to Nigeria’s tax laws would achieve specific objectives such as: increase and diversify Government revenue, simplify paying taxes and doing business, promote Micro, small and medium enterprises, protect most vulnerable persons in the society, and remove obsolete, ambiguous and contradictory provisions in the law.
Oyedele added that the Committee’s work resulted in two executive orders and five amendment bills.
The executive orders include Value Added Tax Act (Modification) Order and Review of Goods Liable to Excise Duties and Applicable Rate Order, the proposed Amendment Bills are: Companies Income Tax Act (Amendment) Bill, Value Added Tax Act (Amendment) Bill, Customs, Exercise, Tariff (Consolidation) Act (Amendment) Bill, Personal Income Tax Act (Amendment) Bill and Industrial Development (Income Tax Relief) Act (Amendment) Bill.