Key Investment Ratios
• In this report, we observed the half-year financial statistics of UAC of Nigeria Plc for the period ended June 30, 2019; compared same with figures released in the corresponding period of 2018, and established the growth status.
• The valuation was done using the full-year financials for proper representations of the company’s performance and right projection.
• A key factor that worked against the company’s fair value was the negative performance it posted in 2018. Note that the loss was incurred from ‘Other Operating Losses,’ with such items as Impairment of Receivables, Assets for disposal, Investment in Warm Spring Waters, losses on property, plant, and equipment, Loss on Sale of Investment Properties, amongst others.
• Nevertheless, we are of the opinion that should the management of UACN achieve better full-year earnings for two consecutive years, the valuation metrics will improve.
• Meanwhile, the half-year figures were more encouraging and give hope of better year-end performances. However, we are not unmindful of the dynamics of the group’s tight operating environment and impact of competition in the various sectors it plays in and the low purchasing power amongst Nigerians, the effects of which have been made worse by the non-implementation of the just-approved new minimum wage. 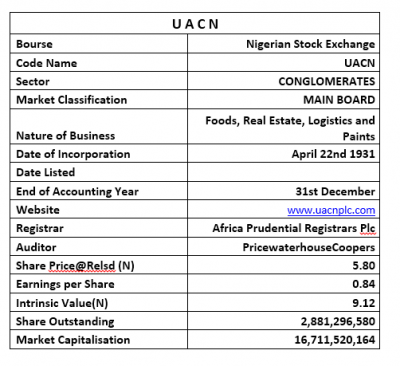 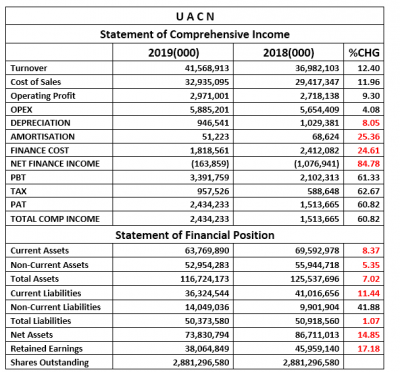 Financial Strength/Solvency Ratios
• Total Debt Ratio is currently estimated at 0.43x up from the previously estimated 0.41x, this confirms increasing Debt over Assets.
• Total Debt to Equity ratio is estimated at 0.68x as against 0.59x, this also confirms the increasing liability against equity.
• Total Equity value at the end of the quarter was estimated at 63% of the Assets value, which is lower than the 69% estimated from 2018 half-year earnings figures.
• It is not out of place to say UACN is less liquid than the market, since the estimated Beta value is currently below the market Beta, and also below its industry average.

Profitability Ratios
• Pre Tax margin is currently estimated as 8.16%, as against 5.68% in the comparative period of last year.
• Effective Tax Rate was stable through the period with a marginal upward adjustment of 1.15%
• Cost of Sales was equally controlled through the two quarters with a downward difference of 0.40%.
• Return on Equity is currently estimated at 3.3%, as against 1.75% last year.
• See the table below for detailed analysis.

Efficiency Ratios
• Operating Expenses to Turnover value is same as 14.16%, representing a 7.40% drop in efficiency, from the 15.29% estimated in the 2018 half-year financial indices.
• Turnover to Total Assets Ratios stood at 35.61%, as against 29.46% when this is compared to the ratio estimate of the 2018 result, it is a 20.89% improvement in efficiency.
• Working Capital Turnover, a ratio that indicates a company’s effectiveness in using working capital was estimated at 1.51x, as against the 1.29x estimated in the same period of 2018.
• We also tested the Working Capital Ratio, which confirmed that Current Assets is higher than current liabilities at the end of the period, the same as in 2018 half-year result.

Investment/Valuation Ratios
• Earning per unit of UACN shares at the end of the six-month period is estimated at N0.84. This is same as 60.82% above the N0.53 earned in 2018.
• P/E ratio adjusted lower to an attractive point at 6.87x compared to 25.13x in the 2018 half-year result.
• The said Earnings is same as 14.57% of the unit price of UACN on the floor of the Nigerian Stock Exchange (NSE), as at the time the result was made available to the investing public. This is a far better Yield than that of the corresponding period.
• The estimated Book Value of UACN is far above than the current market price. Please note that we have currently estimated the Book Value at N25.62, down from the previous estimate of N30.09 each.
• See the below table for other investment ratios.

Valuation
As noted above, the major factor dragging down UACN’s fair value is the negative status of its last financials.
Although we have projected an improved performance at the end of the on-going year, we have however elected to be conservative in our valuation approach. Consequently, we consider the average of both the Gordon Growth Model and 2-Stage H Model (to feature the improved future growth rate), following which we arrived at N9.12 as our fair value. Investdata, therefore, rates UACN a Buy. 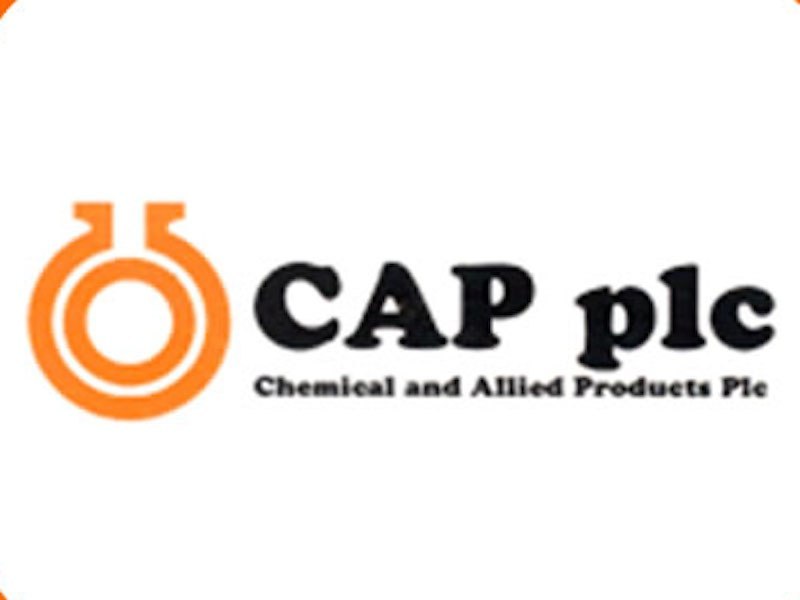