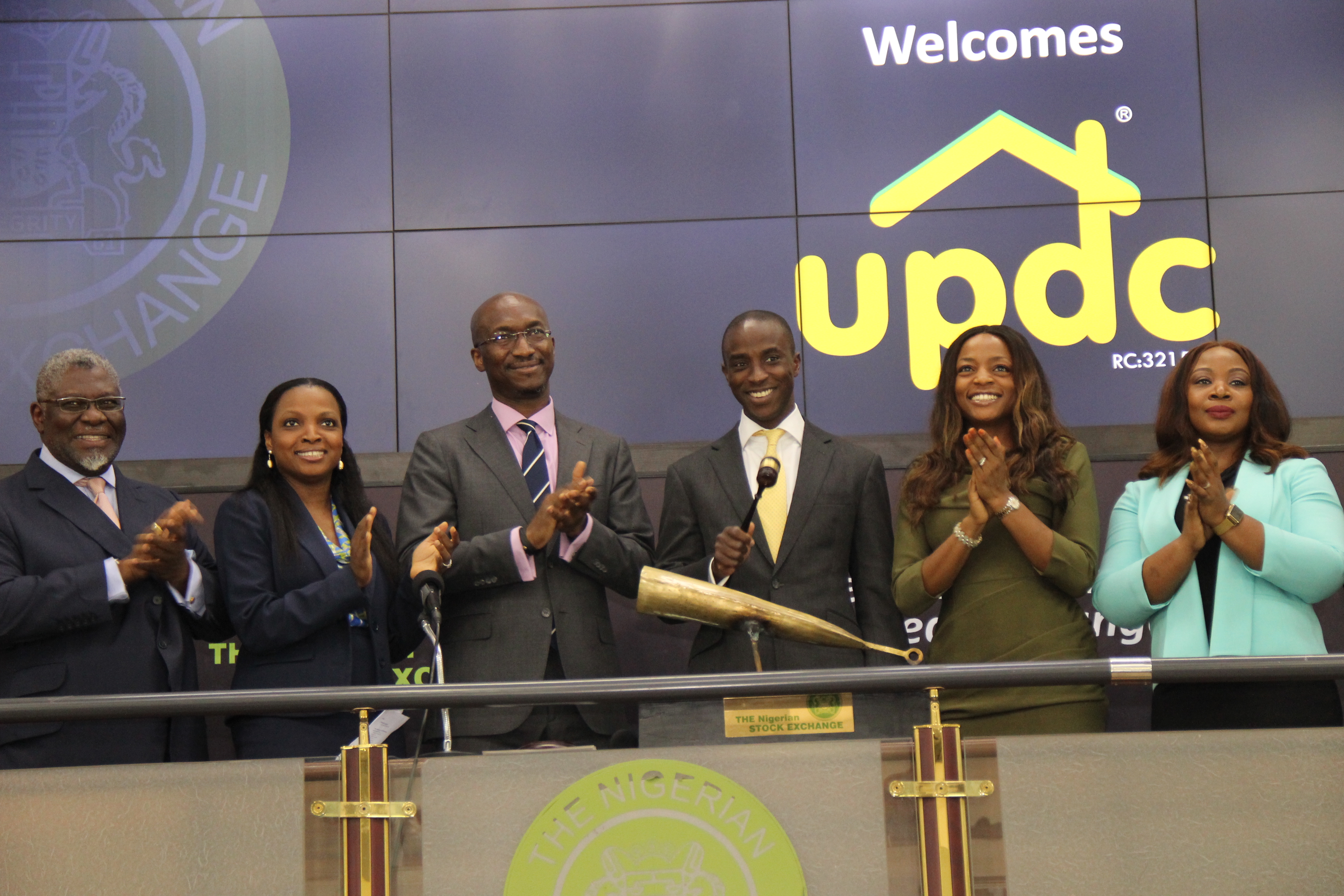 Barely three and half months after it announced a change of plan to dispose of its stake in its subsidiary, directors of UAC of Nigeria, the nation’s oldest conglomerate, on Tuesday formally transferred a total of 8,519,810,121        units of its subsidiary- UACN Property Development Company Plc for N5.964bn, according to trading statistics of the Nigerian Stock Exchange (NSE).

Although, no details are yet available, the volume represents the balance of 45.9% of the paid up capital of the company, meaning that approval may have been received to transfer UACN’s majority stake in UPDC, owners of the UPDC Hotels (former Durbar Hotel near Festac Town, Lagos) to Custodian Investments Plc.

Investdata News recalls that the boards of Custodian Investment and UAC of Nigeria, last August, in separate notices informed investors through the NSE of a binding agreement already signed that will see the former acquire 51% majority equity stake in the later’s UACN Property Development Company Plc, owners of the

The deal involved the sale of UACN’s 9,465,584,668 ordinary shares in UPDC, representing 51% stake to Custodian in two tranches beginning with 946,558,467 units, representing 5.10% of the issued share capital of UPDC on execution of binding transaction agreements.

It would be recalled also that UPDC had successfully completed a ₦16bn rights issue to recapitalize in April, enabling UAC transfer its equity interest pro-rata to shareholders in what was tagged UPDC Unbundling.

As part of the plan, the rights issue was also to unbundle the UPDC REIT to shareholders, with the proceeds used to reduce the company’s borrowing costs and significantly improve capital position.

Commenting on the change of plan, Aiyesimoju recalled that while these initiatives were in progress, the board of UAC received a credible offer from Custodian, with terms juicy enough of to compel a re-evaluation of the planned deconsolidation of UPDC.

The offer influenced “the board’s decision to proceed with the sale of a portion of UAC’s interest in UPDC to Custodian, effectively putting an end to the UPDC Unbundling.”

Commenting on the deal, Oshin had expressed excitement “about the possibilities arising from this partnership with UAC which provides multiple levers for value creation.

“The rationale for the transaction is that Custodian and UAC share the view that their ambitions for capturing opportunity in the real estate industry will be better achieved working in partnership.”

Explaining further, the UACN boss described the deal as “a significant step in achieving our objectives for UPDC,” recalling that the decision to unbundle actually began with the 2018 strategic review of the group to evaluate its performance as well as the subsidiaries by the board and management.

“The objective was to achieve sustainable positive financial performance from our existing operations and enable management focus on businesses that align with our strategy.”

During the review of UPDC as an investment, “the board weighed the long-term opportunities in the Nigerian real estate sector against the fundamental differences between the cash flow profile and capital needs of UPDC and those of the other entities in UAC’s portfolio.

“Following its review, the Board concluded that it would be in the best interest of UAC to exit its interest in the real estate sector, allowing UPDC to operate as a standalone legal entity, free to source appropriately structured capital and to unlock value for its shareholders,” the CEO added.

Commenting on the transaction, Oshin said it offers Custodian “a platform to capture arising real estate opportunities. It also immediately provides recurring cash flow visibility and attractive yields as a result of its direct exposure to Nigeria’s leading real estate investment trust with a track record of profitability and annual dividend distribution which offers a good compliment for our product portfolio.

“We are confident that the recent recapitalisation of UPDC (translates to a) significant reduction in finance costs, and recently reconstituted leadership have repositioned the company to operate sustainably and capture growth opportunities aimed at increasing stakeholder value going forward.”

UACN expressed delight “about the positive impact that a strong anchor shareholder like Custodian will have on UPDC and are focused on ensuring a smooth transition.”

For Custodian, an investment company that provides a wide range of financial products and services through its subsidiaries in Nigeria, the real estate sector, despite its recent challenges, complimentary sector to its product offering. The company offers products across pension, life, general insurance and trusteeship with potential for significant scale.

Others include UPDC’s “N10bn of assets for sale which the management team will focus on realizing to provide shareholders with liquidity; leveraging more than two decades of UPDC’s strong track record as a leading developer to drive its core property development business; (and) a profitable and scalable facilities management business.

While the recent rights issue to recapitalise the company has stabilised UPDC thus creating a foundation for growth; UAC’s ownership of a minority stake is expected to facilitate a smooth transition.

Upon the sale of its majority stake, UPDC will cease being a subsidiary of UAC, operating as a standalone entity, allowing management focus on businesses in sectors that align with UAC’s core strategy.

“Having Custodian as a strong anchor shareholder in UPDC strengthens UPDC strategically,” the statements added, urging shareholders to exercise caution when dealing in the securities of Custodian, UAC, and UPDC until requisite approvals are obtained (READ MORE).