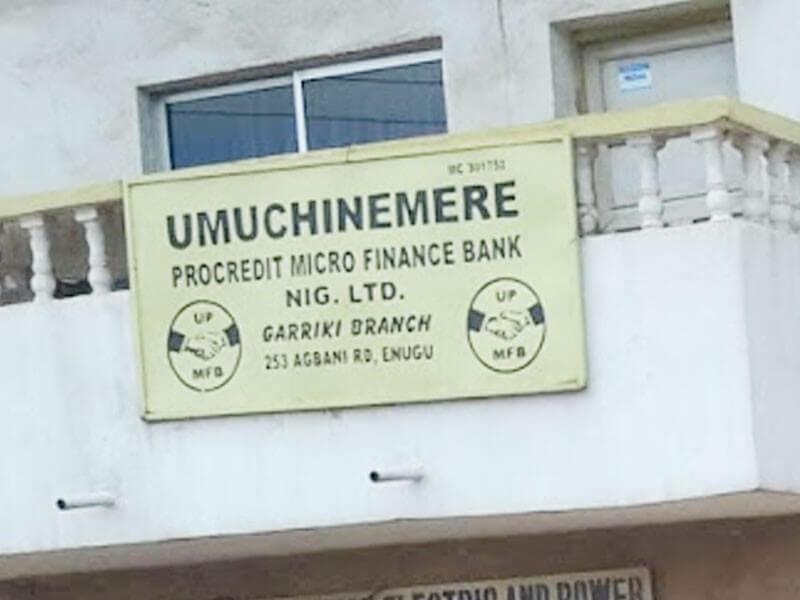 In line with the goal of its founders to work toward poverty alleviation, the management ofUmuchinemere Pro-credit Micro Finance Bank (UPMFB) said it extended a total of N1,204,921,873in credit facilities to a total of 5,711 economically active poor in Enugu in the year ended December 31, 2019.
A breakdown of the numbers, according to a statement by the bank quoting its head of Credit, Charles Udeani, beneficiaries included a total of 3,290 males who together received the sum of N588,095,457, while the 2,421 female beneficiaries, got N616,826,416.
The statement by Abuchi Anueyiagu, Head, Public/Media Relation Unit of the bank, quoted Udeani as saying “there was a general improvement in loan disbursement, both in terms of amount/volume of business and the number of beneficiaries from the preceding year.”
In 2018 the distribution shows that 3,170 men got a total of N653,838,754; while the 2,031 female beneficiaries received N459,743, 750.
Hs said that the amount and the beneficiaries granted in 2019 increased by N91mand 510 persons respectively.
Anueyiagu noted that UPMFB met its annual projected disbursement figure of N1,194,000,000, which exceeded the projected budget by N10m.
The bank took the first position in agriculture sector financing in Enugu State in 2019 in the Central Bank of Nigeria (CBN) Agricultural Credit Guarantee Scheme (ACGS), after extending over N126m to farmers, all of which was insured.
The head of Credit, however, observed that loan default was still a major problem to the bank in its quest to empower the economically active poor people in the society.
Umuchinemere Pro-credit Micro Finance Bank (UPMFB) was first established in 1995 as a community bank and later changed to a microfinance bank in 2007 when microfinance banking was introduced in the country.