Financial Highlights
• At the Annual General Meeting held on May 10, 2018, shareholders of Unilever Nigeria approved the sale of its Spreads (Blue Band margarine) business and all assets attached thereon to Sigma Bidco B.V, an entity incorporated by KKR & Co LP.
• The sale was effective 1 July 2018. The results of the spreads business was presented in the H1 result under discontinued operations in the statement of comprehensive income, separate from continuing operations.
• The comparative is also restated. The assets attached to the spreads business is classified as Assets Held for sale
• The company’s Efficiency Ratios dropped against the similar period of 2017 due to the newly listed shares of the company between H1-2017 and H1-2018. 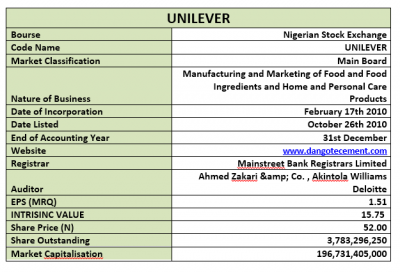 Corporate Figures
• The management of Unilever in its financial performance for the period ended June 30, 2018 posted improved income performance
• Turnover improved over the comparable period of 2017 by 12.89% having moved from N42.629 billion to N48.125 billion
• Operating Profit stood mildly above the corresponding quarter’s estimate. Reported Operating Profit for the six months was N6.209 billion as against the N6.091 billion achieved during the similar period of 2017
• Profit before Tax was N7.545 billion, which is 56.70% above the N4.815 billion estimates of H1-2017
• Similarly, Profit for the year doubled that of the corresponding year at N5.719 billion, compared to the previous N3.676 billion
• Please understand that the Profit for the year was inclusive of the profit from discontinued operations as stated in the above highlights
• Retained Earnings for the period gapped up by 46.11% to N19.069 billion as against N13.051 billion
• Impacted by the above-mentioned sale (presented in the account as Assets Held for Sale), Total Assets value for the 6 months improved to N130.729 billion from N90.693 billion an improvement of 44.14%
• Total Liability for the period stood below the comparable period in 2017 figure. As stated in the below table, the Total Liabilities figure is currently valued at N51.974 billion as against N75.705 billion reported in 2017
• Recall that the company concluded a Rights Issue of 1,961,709,167 ordinary shares of 50 kobo at N30.00 per share in the Ratio of 14:27 ordinary shares which was subsequently listed on November 26, 2017, this;
• Accounts for the over 400% increase in the quoted Net Assets figure for the period, the Net Asset is currently valued at N78.754 billion compared to the N14.988 billion quoted last year 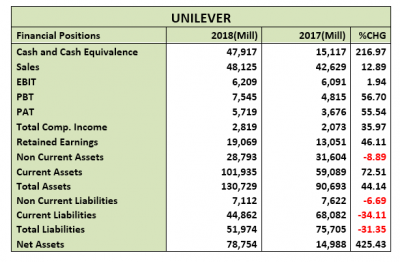 Liquidity/Risk Ratios
• Debt to Equity ratio stemmed below the industry value by 5.60%. Please understand that the 15.50% Debt-to-Equity ratio is still within tolerable limit.
• Current Ratio is below unity, implying possible delay in servicing its current liabilities as and when due.
• Estimated Beta is far above market Beta, though slightly below the industry average, implying prompt investor patronage for Unilever’s shares.
• Interest Coverage is equally appreciable at 35.11x and far above the industry average. The academic interpretation of this is that the company has enough muscle to service its interest yielding liabilities.

Efficiency Ratios
• As noted in the above highlights, the Efficiency Ratios dropped against the similar period of 2017 due to the newly listed shares of the company between H1-2017 and H1-2018. Hence,
• Total Assets Turnover dropped to 36.81% from the previous estimate of 47.00%
• Equity Turnover equally dropped to 61.11% as against the over bloated growth of last year
• Equity multiplier is currently 1.66x as against 6.05x
• Nevertheless, Fixed Assets Turnover improved by 23.91% as it currently stood at 167.14% compared to 134.89% of last year

Investment Ratios
• The amount earned per share of Unilever stood slightly above H1-2017 estimate by 2.43% at N1.00, as against N0.97. Please understand that the increase in the shares outstanding due to the new listings forced down the impact of the growth in the income for the year
• Meanwhile, as price had increased over the period coupled with the slight growth over last year, the yield dropped by 35%. The said N1.00 earnings per share only yielded 1.91% of the price of Unilever on the floor of the exchange as at the date the result was made available to the investing public
• On the same strength, the P/E-Ratio stood at 13.06x as against the previous estimate of 8.49x
• The estimated Book Value of Unilever is N13.71, although this is above the last estimate of N3.96, it is still far from investors’ price on the floor of the exchange.
• Operating Expenses Margin is currently 11.88% as against the previous 8.63%.

Valuation
• In our attempt to place a fair value on each units of Unilever’s share price, we are sure to protect the investors more in putting up our valuation model. In other words, we would rather prefer a conservative valuation approach. The last dividend paid was used along with retained ration and sustainable growth rate. Other necessary valuation tools were also explored. Hence, we have valued each units of Unilever’s share at N15.75. 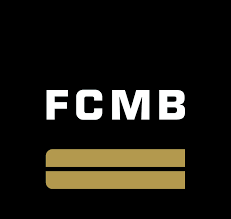