W’Bank Urges 9% GDP Per Capital Growth For Nigeria, Others To Check Extreme Poverty By 2030 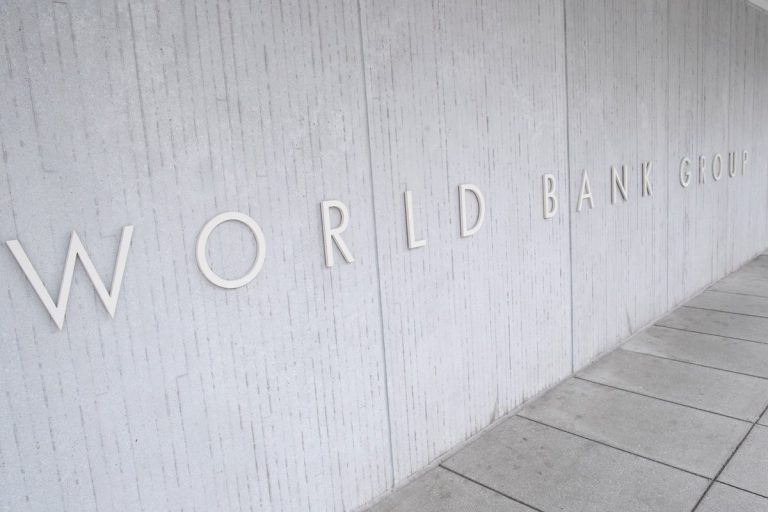 The World Bank Group, on Wednesday recommended a 9 percent GDP per-capital growth per year between now and 2029, for African countries to achieve the 2030 goal of halting extreme poverty by 2030, a target it says is an exceptionally high hurdle for countries whose per-capita GDP growth averaged 1.2 percent in the decade before COVID-19.

A new World Bank study, Poverty and Shared Prosperity Report lamented the failure of global efforts to halt extreme poverty across the globe, warning that nearly 600m people could struggle on less than $2.15, with Sub-Saharan Africa accounting for 60%, or 389m, with poverty rate at about 35%, the world’s highest.

The report noted, for example, that Nigeria and the Democratic Republic of Congo are “relatively large countries and home to a large share of the global extreme poor; however, they had relatively mild economic shocks in 2020 and so contribute less to the global increase in extreme poverty, about three million and half a million, respectively.”

Both countries, as well as India, the three countries with the highest share of extreme poor, the report noted, contributed -4.3 percent, -1.4 percent and -7.5 percent contraction in GDP per capita in 2020.

The report believes national policy reforms can help restart progress in reducing poverty, in addition to stepped-up global cooperation, while urging three pronged fiscal policy efforts by governments like avoiding broad subsidies, increasing targeted cash transfers. It noted, for example, that half of all spending on energy subsidies in low- and middle- income economies goes to the richest 20 percent of the population who consume more energy, while urging cash transfers as a far more effective mechanism for supporting poor and vulnerable groups.

It also called for a focus on long-term growth through urgently making high-return investments in education, research and development, and infrastructure projects, as part of more efficient spending and improved preparation for the next crisis at this time of scarce resources.

“If sales and excise taxes do need to be raised, governments should minimize economic distortions and negative distributional impacts by simultaneously using targeted cash transfers to offset their effects on the most vulnerable households,” the report added.

The World Bank report recalled that COVID-19 dealt the biggest setback to global poverty-reduction efforts since 1990, made worse by the lingering war between Russia and Ukraine.

The report estimates that the pandemic pushed about 70 million people into extreme poverty in 2020, the largest one-year increase since global poverty monitoring began in 1990, following which an estimated 719m people subsisted on less than $2.15 a day by the end of 2020.

As a way forward and to change the grim outlook for billions of people globally, David Malpass, President of the World Bank Group, called for “adjustments of macroeconomic policies are needed to improve the allocation of global capital, foster currency stability, reduce inflation, and restart growth in median income. The alternative is the status quo—slowing global growth, higher interest rates, greater risk aversion, and fragility in many developing countries.”

The report says 2020 marked a historic turning point—when the era of global income convergence yielded to divergence. The poorest people bore the steepest costs of the pandemic: income losses averaged 4% for the poorest 40%, double the losses of the wealthiest 20% of the income distribution. Global inequality rose, as a result, for the first time in decades.

For Indermit Gill, the World Bank’s Chief Economist and Senior Vice President for Development Economics, “over the next decade, investing in better health and education will be crucial for developing economies, given the severe learning losses and health-related setbacks they suffered during the pandemic.

“In a time of record debt and depleted fiscal resources, this will not be easy. Governments will need to concentrate their resources on building human capital and maximizing growth.”

Extreme poverty fell dramatically across the world between 1990 and 2019, the latest year for which official data are available, as progress slowed after 2014, and policymakers now confront a tougher environment: Extreme poverty is concentrated in parts of the world where it will be hardest to eradicate—in Sub-Saharan Africa, in conflict-affected areas, and in rural areas.