Market Update for Feb 20
Trading activities on the floor of the Nigerian Stock Exchange on Monday closed higher after struggling to find direction in the early hours to midday trading session, boosted by value appreciation in medium and high cap stocks like PZ Cussons, National Salt, Nigerian Breweries, Oando and Guinness Nigeria.
At the same time, the earnings report of NB, the exchange’s second most capitalized stock was released to the investing community with mixed numbers, with the company recommending a final dividend of N2.58 for approval of shareholders at its next annual general meeting.
The persistent high volatility of the market as it struggles against unfavourable macro-economic tides is the result of a fundamental problem with the economy, made worse by the fact that government is seemingly trivializing it, following which things are worsening by the day. It is still a subject of debate; whether the 2016 budget has in any way reflected on the system, due to misappropriate policies and strategies which must be reviewed in the interest of Nigerians and the economy.
There is also the back and forth movement of the monetary and fiscal authorities that has not helped matters, but instead weakened the confidence of investors and Nigerians on the whole. The Central Bank of Nigeria (CBN), on Monday, took another bold step to make foreign exchange available through the banks, which have been directed to open outlets at the nation’s major airports to meet the needs of travellers for PTA, BTA, School fees, medical bills abroad, and even those arriving and require local currencies for immediate transactions.
The delay in passage of the 2017 budget also is a factor militating against the economy at a time we insist the 2016 document did not impact much on the system due to implementation style. It is therefore our hope that the 2017 budget will go a long way to ameliorate the present conditions of the economy, as many companies, businesses and individuals cannot plan for the future with no budget to give direction, as a result of which, whereas the global economic outlook is showing positive signs with the rebound in oil price, the improvement in China’s economic growth and the Europe zone, we are still foot dragging, rather than preparing to key into these unfolding global scenario.
Meanwhile, the composite NSE All-Share Index gained 84.58 points to close at 25,249.49 points from an opening figure of 25,164.91 points, representing a 0.34% growth on low volume of trades. The bullish sentiment during trading was as a result of investors’ gradual return due to the FX instability and deepening negative macro-economic fundamentals that have posed serious concerns.
Trading on the exchange continued the previous day’s bull position with buying volume at 83% and selling volume of 17%, to close the day, just as market capitalisation was up by N29.27 billion to close at N8.74 trillion from its opening value of N8.71 trillion, representing 0.34% growth in value.
The value gain reduced the NSE All-Share index year-to-date negative position to 6.05%, due to price appreciation of medium and highly capitalized stocks. Market capitalisation for the same period adjusted up to N508.55 billion representing 5.50% loss for the same period.
Market breadth was however negative and weak as the number of decliners outpaced advancers in the ratio of 18:10 on a second day bull run.
The day’s traded volume and value were down by 78.47% and 50.49% respectively to 110.02million shares worth N985.67 million as against the previous 480.24 million shares valued at N1.98 billion.
Transactions in financial service stocks like United Capital, Zenith Bank, Fidelity Bank and Staco Insurance, as well as International Breweries, dominated the activity chart as most traded equities by volume.
The NSE All-Share index and all sectoral indices were mixed in performance even as the NSE Banking, NSE Premium, NSE Pension, NSE Oil/Gas, NSE Insurance, NSE AseM were down.
At the end of the day, PZ topped the advancers log with 9.04% to close at N14.6; followed by Diamond Bank with 4.58% to close at N0.86 per share. On the decliners table, Forte Oil led with 5.02% to close at N56.24; ahead of UACN, which shed 4.95% to close at N13.04 per share. 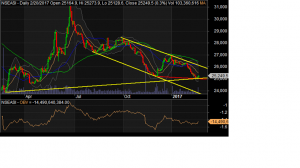 The index on a daily time frame seem to rebound within descending triangle chart pattern and falling channel to retrace up after forming double bottom level. At the same time, index movement refused to breakdown the 25,000 psychological lines, despite the mixed sentiment. Again, the low volume traded also signals accumulation by smart money, especially as the market is coming out of its oversold region and earnings season is equally entering it peaks.
Market sentiments of service companies, especially banking, few insurance, agribusiness and petroleum remain positive amidst expectations that they may support reversal of the market in the short term.
The trending ability of the market on a daily time frame is strong, as ADX is above 20 at 29.77
As you watch the market, expecting a reversal, position in value stocks that are likely to pay dividend as the Nigerian Breweries dividend yield of 2.55% is low and poor to attract new positioning now. 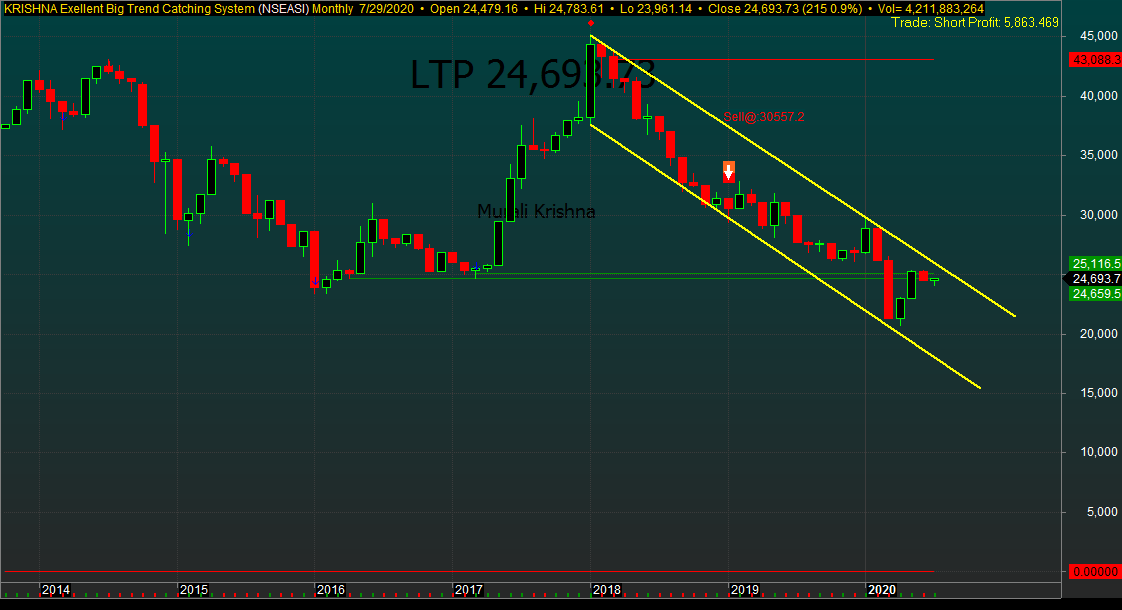 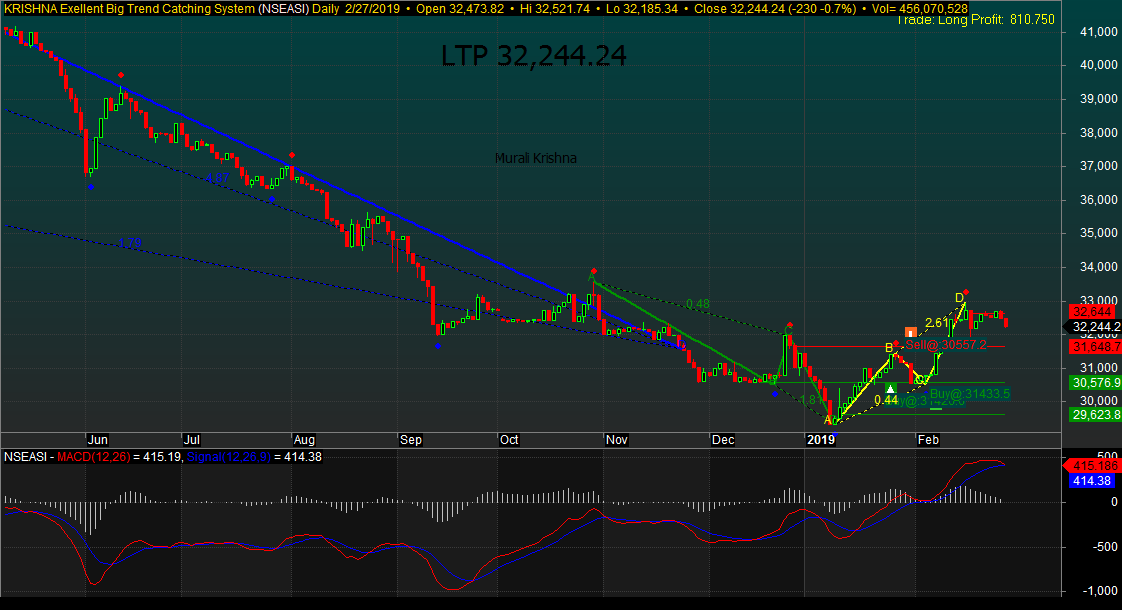 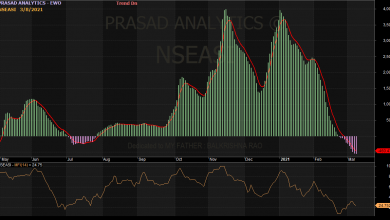