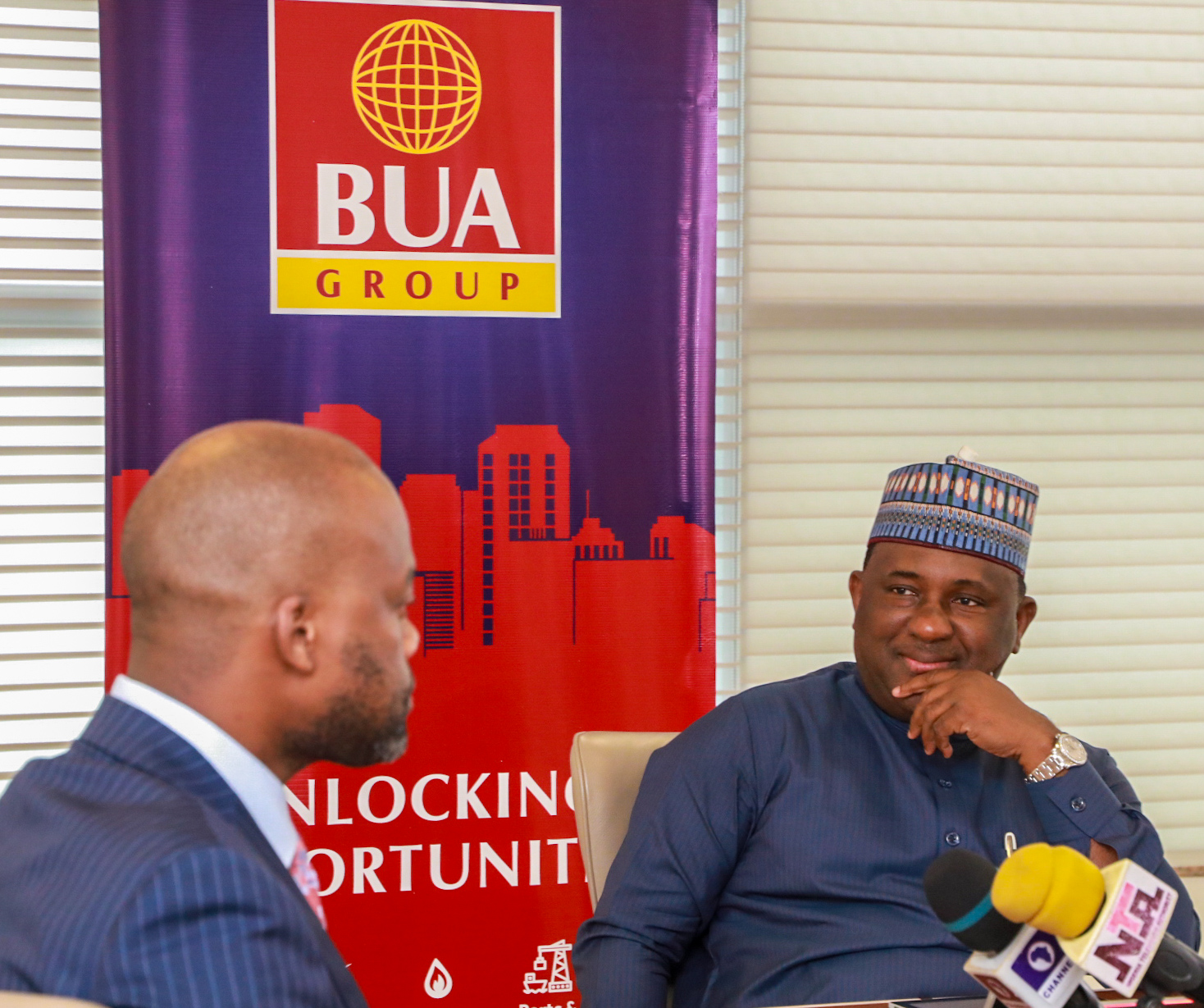 Executive Chairman and Chief Executive of BUA Group, Abdul Samad Rabiu, on Thursday in Lagos pledged support for the successful implementation of the Africa Continental Free Trade Area (AfFTA) agreement expected to transform the African economy and enhance development across the continent when fully operational.

Speaking while receiving the Secretary-General of the AfCFTA, Wamkele Mene, and the Acting Director, National Office of Trade Negotiations, Victor Offiong at the BUA Headquarters in Lagos State, Rabiu noted the current status of regional agreements from the ECOWAS Trade Liberalization Scheme (ETLS) to the East African Community (EAC) Customs Union.

He listed dumping, proliferation of small arms and illicit, smuggling, the trans-African highway and private sector/African Union/government partnerships, as areas critical to the success of the AfCFTA.

Due to the poor implementation of regional trade agreements, he lamented, there is a high level of distrust amongst Africa nations despite their support for the AfCFTA, expressing serious concern over “a situation where people cannot move goods produced in African countries where over 90% value has been added to other African Countries”.

For the AfCFTA integration to success, Rabiu believes there must be free movement through liberalized air travel, operations, and visa-free regimes across the Africa continent for businesses and individuals, emphasizing that the private sector must be invited by the governments of Africa to discuss way forward for sustainable investments and partnerships.

The private sector, he continued, has a lot to offer the continent, and that “for cross border trade to work, everyone – governments, private sector and DFIs must be willing to collaborate fast to fix infrastructure to spur growth. BUA is interested in being part of these effort and we also urge the secretariat to look into a private-sector led development of the Trans African Highway.

“I am personally ready to mobilize like-minded businesses across the continent with the resources required (steel, cement, etc.) to do these roads at a concession and guaranteed by sovereign African nations. This can be done by the private sector with support from governments and the DFIs.

“Why don’t we for example partner with various governments and engage the Special Envoy for Infrastructure in Africa, H.E. Ralia Odinga and take the Mombasa – Lagos Highway into consideration. The Lagos-Mombasa Highway is about 6,259kms or 3880miles and is contiguous with the Dakar – Lagos Route.

“If these roads are actualized, imagine the number of jobs that will be created as well as the amount of trade that will be facilitated as a result.

“We are more than excited about the possibilities of the free trade agreement for us, Nigeria and the entire continent of Africa – now more than ever. The Africa Continental Free Trade Agreement, if actualized and harnessed properly, will help spur development and trade within Africa like we have never witnessed before,” Rabiu stressed.

On his part, the Secretary General AfCFTA, Wamkele Mene said the issues raised by his host were top priorities of the AfCFTA, assuring that opportunities will be created for the Africa private sector to boost intra-Africa trade.