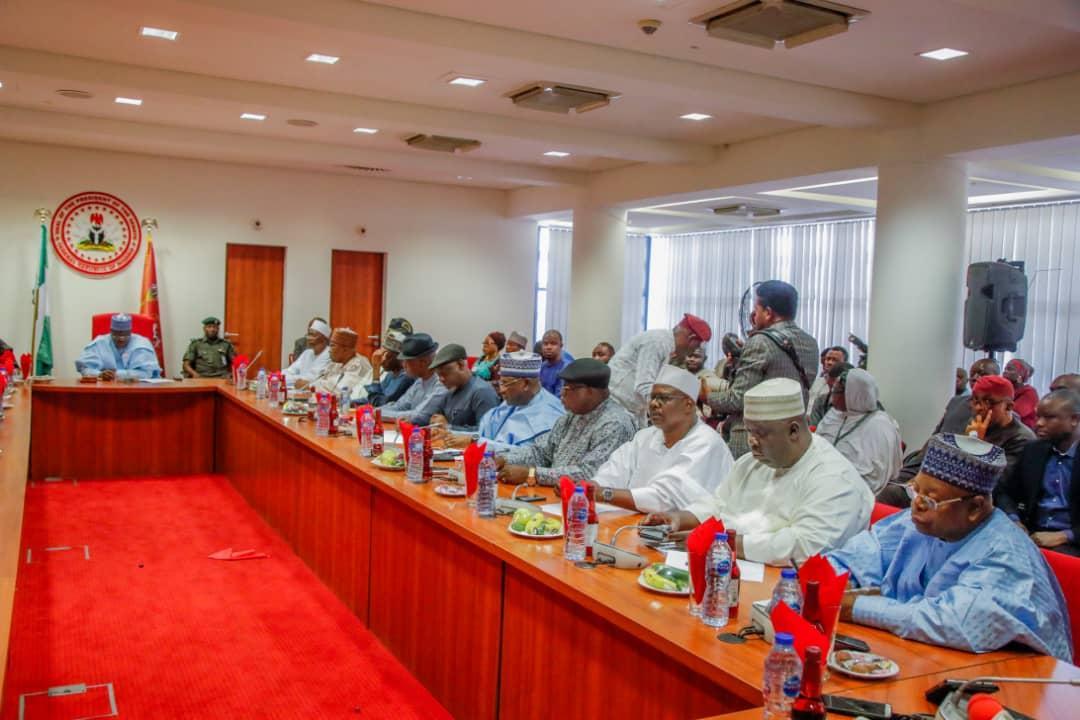 Senate President Ahmad Lawan, on Tuesday, inaugurated an 18-man ad hoc committee of the Senate, led by Senator Yahaya Abdullahi, to probe the country’s current security architecture and recommend ways to improve on the present security situation.
Recall that following exhaustive deliberation on the security situation in the country, the senate had last week resolved to set up the committee on the “urgent need to restructure, review and reorganize the current security architecture”.
Inaugurating the committee, Lawan charged the members to be rigorous in their assignment so as “to deepen the understanding of the nature of the security crisis, have a realistic assessment of the problem and proffer workable solution”.
The nation’s constitution, he noted, according to a statement by Mohammed Isa, Special Assistant to the President of the Senate (Media), guarantees protection of the life and property of every Nigerian and the Government’s commitment to upholding the same.
“It is well known that Security Sector Governance (SSG) aims at elaborating rules that set standards for state and human security by applying the principle of good governance to the security sector.
“This makes security provision, oversight, and management more effective and more accountable, within the framework of democratic civilian control.
“The Legislature also further seeks a Security Sector Reform (SSR) that will transform the security sector and assign roles and responsibilities in a manner that is consistent with democratic norms and the principles of good governance.
“These principles include respect for the rule of law, transparency, accountability, and public trust.
“The nation must initiate the process to formulate or re-orient the policies, structures, and capacities of institutions and groups engaged in the Security Sector in order to make them more effective, efficient, accountable, and responsive to democratic control and to the security and justice needs of the people.”
Senator Lawan charged security agencies to give all the necessary cooperation for the committee to discharge its duties effectively, rather than hoarding information, stressing that the upper chamber seeking “to support our security agencies to function optimally.”
Accepting the responsibility, on behalf of his colleagues, Senator Abdullahi, who is also Senate Leader, assured that despite the challenges of limited time and funds, the committee would strive to lay the desired solid foundation for peace and security.
Members of the committee include the Senate Minority Leader, Senator Eyinnaya Abaribe, Senate Deputy Chief Whip, Senator Aliyu Sabi Abdullahi, Senator Mohammed Ndume, Senator Aliyu Wammako, Senator Dauda Jike, Senator Kashim Shettima, Senator Ibn Na’Allah, Senator George Sekibo, Senator Ibrahim Gobir.
Others are Senator Suleiman Kwari, Senator Kabiru Gaya, Senator Gershom Bassey, Senator Stella Oduah, Senator Ibikunle Amosun, Senator Abba Moro, Senator Abubakar Yusuf, and Senator Abdullahi Adamu.