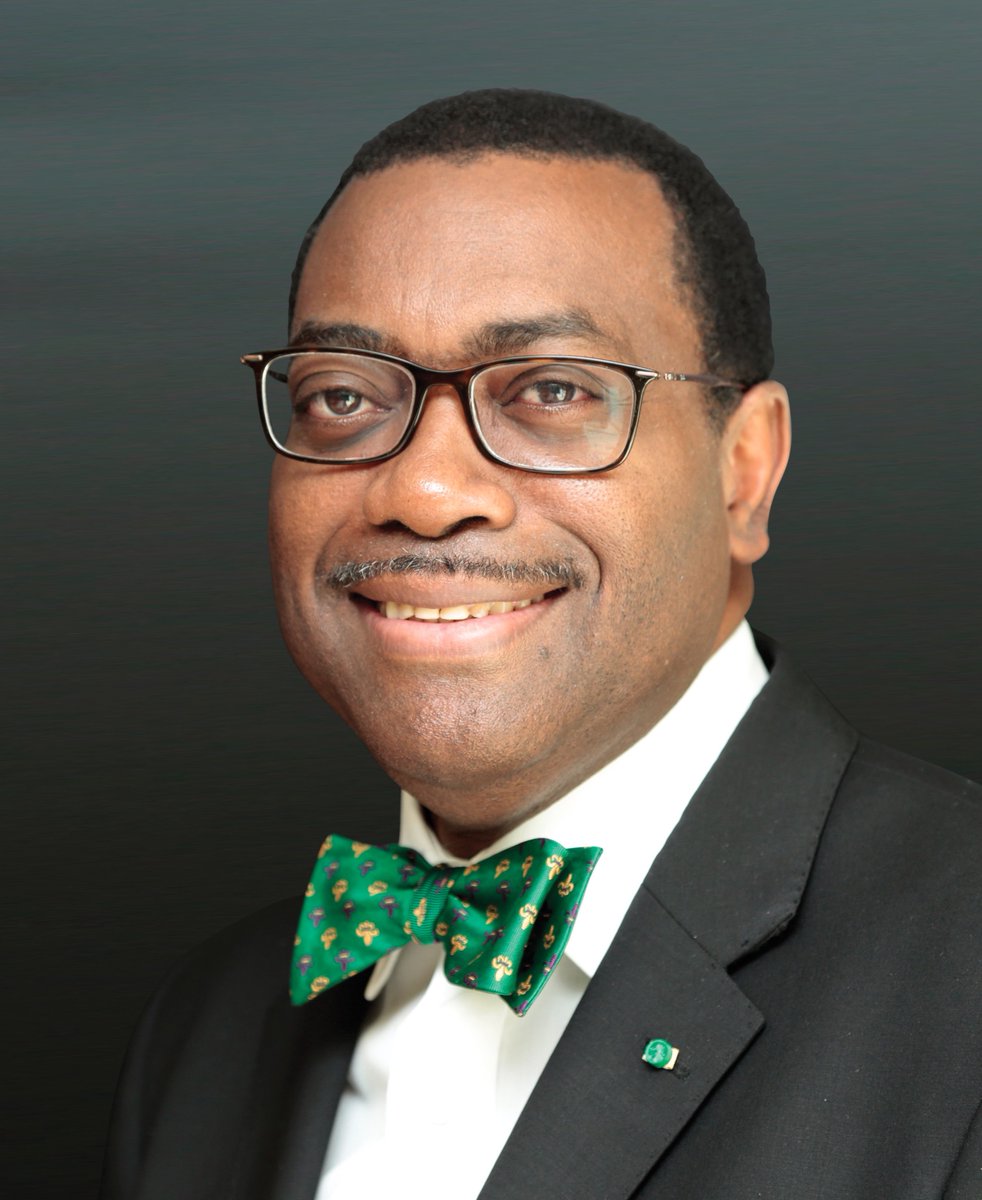 President of African Development Bank (AfDB) Dr. Akinwunmi Adesina says he would devote his $250,000 2017 World Food Prize money to funding young African farmers, agripreneurs.
President of the World Food Prize Foundation, Ambassador Kenneth Quinn, paid tribute to Adesina, “whose breakthrough achievements have impacted millions of farmers and those living in rural poverty in Nigeria and throughout Africa, and whose leadership holds great promise for uplifting millions and millions more across that continent.”
Accompanied by Olusegun Obasanjo and John Mahama, former Presidents of Nigeria and Ghana respectively, receive the award – the world’s highest recognition for food and agriculture, with his wife Grace and his two children, Rotimi and Segun. Representatives of the Nigerian Government, Purdue University, his alma mater, friends, associates and Bank staff were among the well-wishers who came in out in large numbers to celebrate the African agriculture icon, known as “Africa’s Norman Borlaug.”
“And so, even though I don’t have the cash in my hand, I hereby commit my $250,000 as a cash prize for the World Food Prize award to set up a fund fully dedicated to providing financing for the youth of Africa in agriculture to feed Africa. “We will arise and feed Africa. The day is coming very soon when all its children will be well-fed, when millions of small-holder farmers will be able to send their kids to school,” Adesina said.
This, he said, would give birth to “a new song across Africa: “Thank God our lives are better at last.”
Speaking at the ceremony, the Vice-President of the United States of America, Michael Pence, commended the Laureate in a speech read on his behalf by Mark Green, Administrator of the United States Agency for International Development (USAID). “As our global food system is stretched, and the need to feed more people grows, agricultural transformation will require persistence from leaders like you in driving change and capitalizing on public- and private-sector expertise,” Pence said.
The Vice-President described Adesina’s devotion to the cause of fighting global hunger as admirable, and deeply needed, and on behalf of President Donald Trump, extended heartfelt congratulations.
“The United States is and remains committed to food security, and we will continue to work with leaders like you to find innovative ways to end global hunger,” he said.
A statement by the AfDB noted that under Adesina’s leadership, the bank “is accelerating agricultural development through its Feed Africa Strategy with planned investment of US $24 billion over the next 10 years.
“The World Food Prize also recognizes Adesina’s work over the past two decades with the Rockefeller Foundation, at the Alliance for a Green Revolution in Africa (AGRA), and as Nigeria’s Minister of Agriculture of Agriculture and Rural Development.”