Wale Tinubu, Group Chief Executive, Oando Plc, on Monday said Nigeria is currently earning over N43.9bn (about $122m) daily, following the Federal Government’s decision to constructively engage key stakeholders and communities in the nation’s once troubled Niger-Delta region.
Tinubu noted that the repeated interface by Vice President, Professor Yemi Osinbajo, which led to an agreement to establish modular refineries co-owned by the oil bearing communities in the region has enabled Nigeria meet its 1.8m per day production quota set by the Organisation of Petroleum Exporting Country (OPEC).
In a piece titled “The Role of Indigenous Players in Supporting the Successful Execution of the ‘7 Big Wins,” to coincide with the Nigeria International Petroleum Summit (NIPS) which opened on Monday, he said the development is a welcome relief to both the sector and the country.
To further this cause, he said Oando Plc and its “Joint Venture (JV) partners have and continue to partner host communities to improve the livelihoods of indigenes of the Niger-Delta through a variety of sustainable empowerment projects.
He listed these to “include skills acquisition schemes aimed at developing youths and transitioning them from a cycle of unemployment and poverty to one of entrepreneurship, under the Access to Energy Initiative, electrification projects which have impacted over one million indigenes and the building of infrastructure for long term enhancement of lives, in addition creating employment within these communities by using local hands for these infrastructure builds.”
Tinubu also noted the “Green Rivers Project (GRP) an initiative developed to revolutionise agriculture in, and diversify the economies of Niger-Delta states through the creation of an enabling environment for farmers to thrive, motivating and highlighting the importance and dignity of farming.
“With an annual spend of over N1.08bn ($3m), the project has to date created and improved the livelihood of over 35,000 farmers in 120 communities, via the provision of innovative agricultural methods, equipment and microcredit schemes.
“By increasing the percentage of work done locally, we are all creating a win/win situation, with GDP growth and job creation benefiting the Nigerian public and private markets whilst international companies operating in Nigeria benefit from drastically lower costs.”
Monday’s event, he noted, is well timed to kick-start conversations around the success of the government’s “endeavours to maintain the viability of the Oil reforms, and the implementation of effective policies with the passage of the Petroleum Industry Governance Bill (PIGB) and National Gas Policy.
“We should not take these successes for granted and applaud the Government for their efforts to date.
The nation’s economic downturn experienced in the last quarter of 2014 through to the second quarter of 2017, he noted, though painful, good judging by the fact that it “forced the Government to look inwards to create policies that would ensure a diversified economy, and create a buffer for future shocks.
“The reality is that in navigating the downturn of our oil dependent economy, we must focus on growing revenue from the sector to aid diversification of the economy. In other words, we need oil, to exit oil dependency.”
On its part, Tinubu said Oando has played its role over the years, becoming “the first private company to enter gas distribution in Nigeria and pioneered gas distribution in the Greater Lagos area with the aim of spurring industrialization. Our notable gas projects include the development of circa 260km gas pipeline grid across Nigeria, Alausa and Akute Independent Power Plants and a Compressed Natural Gas Plant. These infrastructures offer clean and affordable energy solutions which equate to significant cost advantages for industries across the country.
“We also conceived and launched the Lagos Midstream Jetty (LMJ) in 2017, the first of its kind in sub-Saharan Africa. The N54 billion ($150 million) jetty will save marketers approximately N43.2bn ($120m) annually; increase receipt capacity, efficiency in product discharge and reduce vessel waiting time; ultimately eliminating demurrage and lightering requirements.”
He equally noted the giant strides being made by industry peers to ensure the realisation of the ‘7 Big Wins,’ including the NNPC and Total Upstream Nigeria Limited (TUPN) in collaboration with the China National Offshore Oil Corporation (CNOOC), South Atlantic Petroleum Limited (SAPETRO) and Petróleo Brasileiro S.A. (Petrobras), which “recorded a significant milestone with the arrival of the Egina Floating, Production, Storage and Offloading (FPSO) at the start of the year.
“The vessel has come at a time when the country needs to maximise the opportunities created by her exemption in the OPEC production cut. The Egina FPSO is expected to ramp up the country’s daily oil production by up to 200,000 barrels of oil per day (bopd). It is the largest FPSO ever installed in Nigeria and the largest investment project currently on-going in the Nigerian Oil & Gas sector. The project is being developed locally to accelerate the pace of knowledge and technology transfer; it will also generate significant opportunities for local contractors in non-Oil & Gas sectors, an additional stimulant to local content development in Nigeria.” 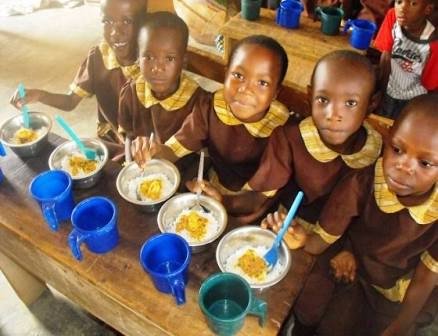 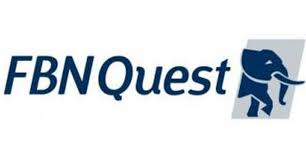