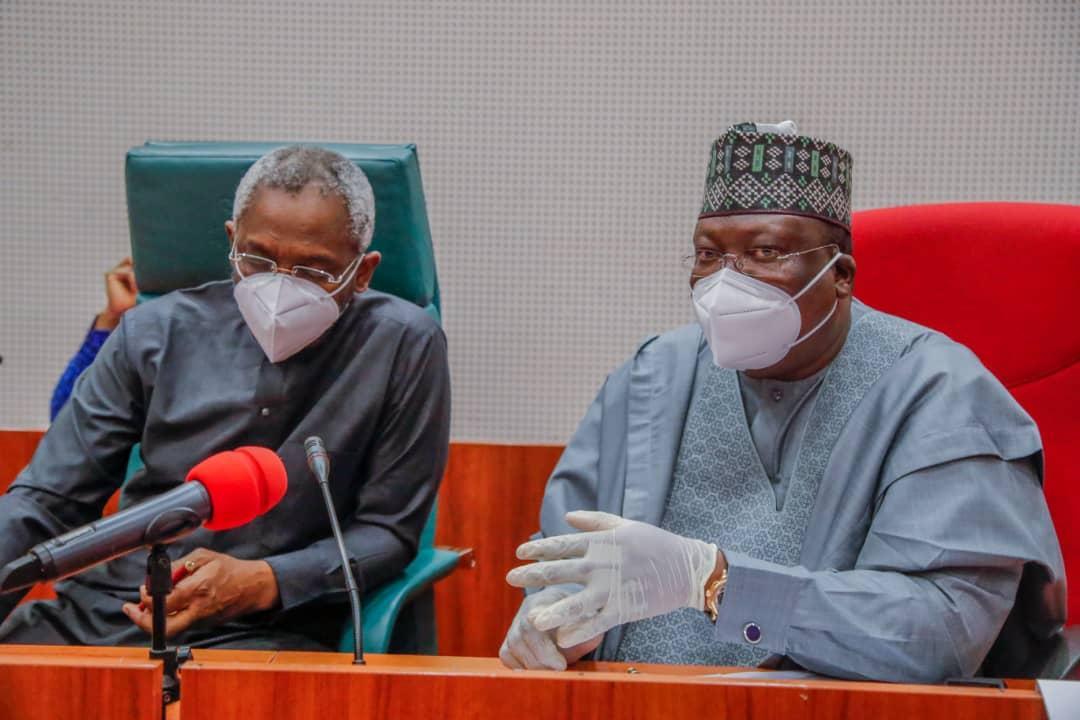 Mrs. Zainab Shamsuna Ahmed, Nigeria’s Minister of Finance, Budget and National Planning, on Thursday said President Muhammadu Buhari has directed her Ministry to expedite action on the 2021 budget estimates which he hopes to present to the National Assembly by the end of September.

Speaking at a meeting with the leadership of the National Assembly on plans to submit the 2021-2023 Medium Term Expenditure Framework and Fiscal Strategy Paper (MTEF/FSP), she also disclosed that the President will on Friday sign the revised N10.8tr revised 2020 budget passed by the National Assembly in June into law.

The Minister, who briefed principal officers of the Senate and House of Representatives led by the Senate President, Ahmad Lawan, and the Speaker, Femi Gbajabiamila, said the Buhari administration is committed to keeping strictly with the January – December budget cycle.

Ahmed explained, “this for us is a journey towards ensuring that the progress that we have made as a collective to return the fiscal year to January – December is maintained for the 2021 budget as well, according to a statement by Ezrel Tabiowo, Special Assistant (Press) to President of the Senate.

“The President has directed that we must deliver the budget to the National Assembly by the end of September,” she stressed, putting the Federal Government’s retained revenue between January and May 2020, at N1.48tr, representing 56% of target.

“Other revenues amounted to N339.51bn, of which Independent revenues was N80.22bn. Recoveries and Stamp duty collected during the period are yet to be booked in the fiscal accounts,” Ahmed said.

On expenditure performance for the same period (January – May 2020), she disclosed that N1.25tr was expended for debt service; and N1.32tr for Personnel cost, including Pensions.

According to the Finance Minister, as at the end of May 2020, only N253.33 billion had been released for capital expenditure.

Ahmed while giving underlying assumptions driving the macro-economic parameters and targets of the 2021 – 2023 Medium Term Expenditure Framework said same was “revised in line with the emergent realities.”

Earlier, the Senate President in his welcome remarks said he meeting was “at the instance of the Honourable Minister of Finance, Budget and National Planning, and the main purpose of the meeting is for the Minister to brief the leadership of the National Assembly on the 2021 – 2023 Medium Term Expenditure Framework and Fiscal Strategy Paper.

“Therefore, it will not be wrong to say that the journey to the presentation of the 2021 budget estimates by the Executive arm of Government has started in earnest.

“It is our expectation in the National Assembly that this journey will lead to the presentation or laying of the budget estimates by the President before the end of September by the grace of God.”