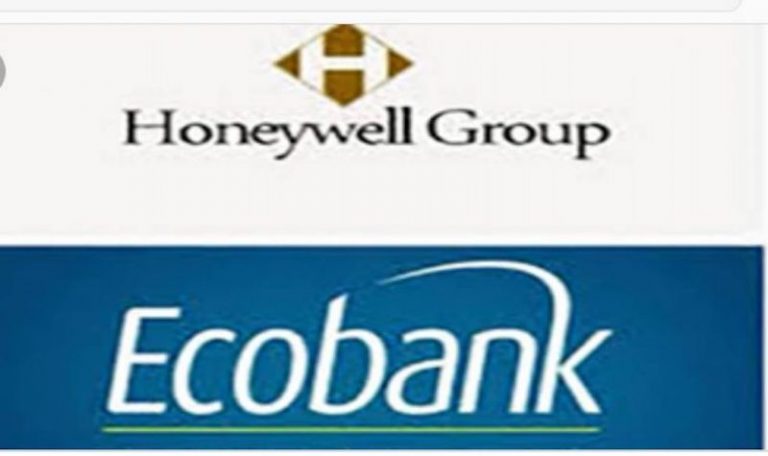 The board of Flour Mills of Nigeria Plc, late on Wednesday night, assured its stakeholders that its agreement to acquire 71.69% of Honeywell Flour Mills Plc from Honeywell Group Limited is not in breach of any subsisting court order.

In a notice through the Nigerian Exchange Limited, Flour Mills of Nigeria said its “actions are guided by global best practices,” as it works diligently to maintain its reputation as one of the leading and oldest agro-allied companies in the country.

In a separate note to its shareholders also late on Wednesday night, the board of Honeywell Flour Mills Plc, said the announcement of FMN’s acquisition of Honeywell Group’s  stake “was made in compliance with all rules and regulation.”

Both companies were reacting to a seven-day ultimatum issued by Ecobank Nigeria asking Flour Mills to desist from consummating the planned agreement on the ground that the company was hugely indebted to the bank, and that the debt has been a subject of litigation, according to a statement its lawyer, Kunle Ogunba.

Ogunba had cautioned the public and corporate bodies on the danger inherent in dealing in any shares of Honeywell Flour Mills, given its interest in the company, arising from several loan facilities, including working capital advanced to Honeywell Flour Mills Plc. He noted that following the company’s failure to liquidate the said facilities, the bank was constrained to commence winding up proceedings against Honeywell Group Limited at the Federal High Court, Lagos in suit no: FHC/L/CP/1571/2015.

Ecobank stressed that Honeywell Group Limited, being the respondent to the winding up petition, objected to the jurisdiction of the trial court to preside over the suit, this the bank said was upheld by the trial court.

Dissatisfied with the ruling of the trial court, Ecobank said it had filed an appeal, with appeal No: CA/L/1041/2016) at the Court of Appeal, Lagos Division, and that upon review of its case, the appellate court had found merit in the appeal, and held that the winding up proceedings against Honeywell Group Limited was properly commenced and that the Federal High Court had jurisdiction to hear the said petition.

Ecobank also explained that while the said decision of the appellate court is now before the Supreme Court, even as the Appeal Court judgment remains valid and subsisting till date, stressing that by the provisions of Section 577 of the Companies and Allied Matters Act 2020 “CAMA,” “where a company is being wound up by the Court, any attachment, sequestration, distress or execution put in force against the estate or effects of the company after the commencement of the winding up is void”

The bank said the estate of Honeywell Group Limited includes (but is not limited to) its 71.69% stake in Honeywell Flour Mills Plc which it now seeks to divest to Flour Mills contrary to the express provisions of the law which prohibits the said sale/transfer or divestment during the course of the winding up proceedings.

“Please be further informed that the assets of both Honeywell Group Limited and Honeywell Flour Mills Plc. are the subject of the winding-up action and thus based on the doctrine of “lis-pendens” (in addition to the provisions of CAMA supplied above) you are advised to refrain from dealing with the subject asset which forms part of the subject matter of litigation,” Ecobank stressed.

Despite these claims, Flour Mills of Nigeria, in its statement by Joseph Umolu, its company secretary and director, Legal Services, urged stakeholders to maintain their trust in its management.

Honeywell Flour Mills denied the existence of any pending court order restraining trading in the shares of its shares, or inhibiting it or its owners from dealing in its assets, further assuring stakeholders “that in all of its engagements with FMN, it received independent legal advice and assets that the transaction is not in breach of any subsisting order of court.”

The issue of whether it is  indebted to Ecobank, Honeywell Flour Mills stressed, is still before the courts and the final decision remains the exclusive preserve of the courts, insisting that the Appeal Court judgement under reference in the reports, “did not declare HFMP to be indebted to Ecobank.

While further assuring stakeholders that its management will continue to act in the best interests of all concerned and work diligently to preserve value for them, HFMP said Ecobank’s assertions “lack merit, were written in bad faith and are a deliberate attempt to undermine a transaction that will result in substantial benefit to the Nigerian economy and entrench the collaboration of two publicly quoted companies.”

Being a responsible corporate citizen, Honeywell Flour Mills, said in the statement by Yewande Giwa, its company secretary, that it has “entered the transaction with FMN having taken all legal issues into consideration.”