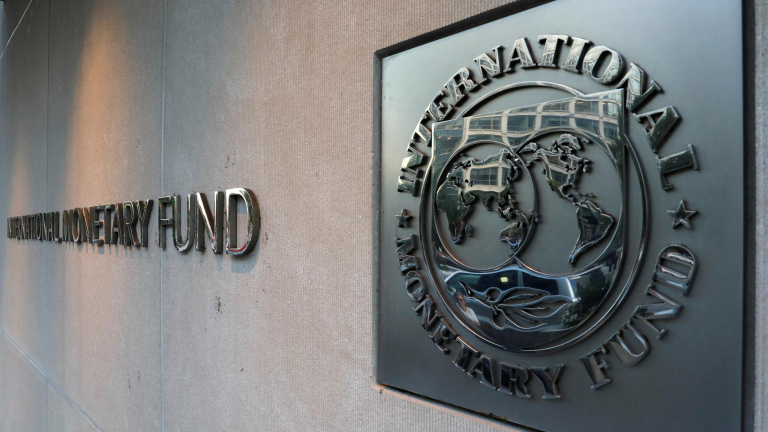 The International Monetary Fund (IMF) has called for a complete weaning of the Federal Government from the Central Bank of Nigeria (CBN) annual budget deficit financing through the regular ways and means.

In a statement following the conclusion on January 27, 2021, of the Article IV consultation1 with Nigeria, the Executive Board of IMF in a press statement agreed with advice by its staff for a re-composition of fiscal financing away from CBN overdrafts, even while agreeing that it will “require higher domestic revenue mobilization.”

The increasing reliance on CBN borrowing in recent years, the fund noted, has come with negative consequences, particularly the cost to “the federal government at interest rates of MPR plus 300 basis points, while for the CBN sterilization is done through issuance of OMO bills.

To reduce over reliance on CBN overdraft, the IMF staff recommended measures like improved budget planning, including through greater flexibility to secure financing from domestic markets; better integration of cash and debt management; and ensuring more effective use of government’s idle cash balances in the Treasury Single Account (TSA).

The IMF staff advised the restriction of OMO bills to “liquidity management only, including by limiting OMO tenors to shorter maturities,” welcoming “the decision to convert the outstanding stock of the CBN’s credit to the government into FGN bonds which should be followed by eventual divestment of these bonds.

“Going forward, domestic borrowing requirements should be adequately budgeted and met, in principle, by marketable debt instruments,” besides calling on the apex bank to also phase out quasi-fiscal operations.

Also, given the impact of the Coronavirus pandemic that ravaged the globe for most of last year, the IMF estimated that Nigeria’s economy could contract by as much as 3.2% by the time the final GDP figures for the year are released in the coming weeks.

Thereafter, growth is projected to turn positive in 2021 at 1.5%, even as the fund warned that “a global and domestic resurgence of the pandemic… might prompt a sharp drop in oil prices, a renewed domestic lockdown, a fall in remittances and a surge in borrowing costs, poses the largest risk.

“Staff estimates show that in such a scenario, real GDP could contract by 1.7% in 2021, pushing back recovery, with public debt rising by almost 7% points of GDP in the medium term absent consolidation measures. The impact on the real economy could be further exacerbated by the risks of disorderly BOP adjustment and ongoing ENDSARS protests.”

While the Nigerian authorities acknowledges the high uncertainties in the economy, they expect that the negative growth for 2020 would be less than projected, agreeing that on the slow recovery.

“They project that real GDP growth may turn positive as early as in 2020Q4 but could also take until mid-2021 in light of continued financial strains faced by a large part of the population coupled with supply-side shocks, including floods affecting agriculture and the ENDSARS movement on top of the logistical challenges posed by the pandemic. The authorities highlighted strong actions taken in the aftermath of the pandemic which could help a resilient recovery.

“Inflation could reach as high as 16 percent by year-end with upward pressures from fuel and electricity price increases. The agricultural harvest in late 2020 is expected to increase supply and ease upward pressures on food prices,” they added.

On the upside, the report noted the effect of the Dangote Refinery meeting the full demand for domestic consumption of refined petroleum products, which are almost all imported at present, if it commences production in 2022 as planned.

“With crude oil for local refining not subject to the OPEC quota, the refinery also has the potential to catalyze more domestic crude oil production and boost GDP growth,” the report added.

The IMF report recalled that the nation’s economy was hit hard by pandemic-related lockdown, a situation that was worsened by the sharp drop in oil prices, weak global demand and increased capital outflows.

Within the year also, headline inflation rose to a 33-month high at 14.9% in November, reflecting core and food inflation increases owing to supply shortages due to the lockdown, the land-border closure and continued import restrictions.

As if this was not enough, the IMF noted during the year the 27% unemployment rate in the 2020Q2, with youth unemployment at 41%, while current account stayed in deficit in the first half of 2021.

According to the IMF statement, “risks are tilted to the downside and include the resurgence of the pandemic, security situation and unfavorable external environment. Capital outflow risks arise from the record-low domestic interest rates and large foreign holdings of domestic securities.

“On the upside, recovering oil prices and completion of the Dangote oil refinery could catalyze more domestic crude oil production and boost growth.”

Agreeing with the staff appraisals, IMF’s Executive Directors commended the Nigerian “authorities for the measures taken to address the health and economic impacts of the COVID19 pandemic which have exacerbated pre-existing weaknesses.

“Looking ahead, Directors emphasized the need for urgent policy adjustment and more fundamental reforms to sustain macroeconomic stability and lift growth and employment.”

They welcomed such notable reforms undertaken in the fiscal sector, as the fuel subsidy removal and steps to implement cost-reflective tariff increases in the power sector, stressing “the need for significant revenue mobilization to reduce fiscal sustainability risks, relying initially on progressive and efficiency-enhancing measures with higher tax rates awaiting a more sustained economic recovery.”

They also called for a medium-term reform of the Central Bank of Nigeria’s monetary policy operational framework,

Welcoming the resilience of the banking sector, the Directors called for continued vigilance to contain financial stability risks, and that COVID-19 debt relief measures for customers of bank clients should remain time-bound and limited to those with good pre-crisis fundamentals.

They also made a case for continued structural reforms to promote economic diversification and reduce dependence on oil, while increasing employment, just as they encouraged strengthening of governance and anticorruption frameworks, including compliance with AML/CFT measures.