Data from the National Bureau of Statistics (NBS) for the third quarter ended September 30, 2020, shows that the Nigerian economy shrank by 3.6% year-on-year, a seeming improvement over the 6.1% plunge in the comparable period of 2019. This marked the country’s second recession in four years and under the same administration, amid subdued oil prices and the lingering effects of the lockdown across the country in the early part of 2020Q2 to curtail the devastating effects of the Coronavirus (COVID-19) pandemic.

We note, however, that the subtle improvement in the GDP data was due to the fact that the lockdown was eased, more for economic reasons than the health implications, as people are being persuaded to observe the COVID-19 protocols, even as the economy continued to struggle with a slow rebound. The impact of the lockdown was made worse by the closure of the nation’s land borders by the Federal Government to check the activities of smugglers, even as the worsening insecurity across the country in the form of Boko Haram insurgency in the northeast, banditry, farmers/herders’ crises in the northwest and north-central, which have made produce harvest impossible. The spate of kidnappings across the country has not helped matters either. Recall the scores of residents of Borno, the epicenter of the Boko Haram insurgency killed in their farms some weeks ago, while harvesting their crops right on their farmlands, and the response by the military to the effect that the farmers did not obtain prior clearance.

Last year also, the Business Confidence Index published by the Central Bank of Nigeria (CBN) tumbled to -15.20 basis points in the month of December 2020, from -1.50 in the prior month, just as the September 2020 Manufacturers’ Index which decreased by 10.30%, as against the estimate for the similar period of the corresponding year.

We note that prior to the Covid-19 outbreak, Nigeria’s industrial sector had key challenges such as poor power supply that ensured businesses in the country relied mainly on generating plants which bloated their operating costs, and ate deep into their profit. Add this to the effects of insecurity, decayed infrastructure, particularly roads, in the absence of rail, and the poor access to official sources of foreign exchange for import of raw materials, among other direct costs, it becomes more difficult to avoid loss making.

Meanwhile, the closure of the nation’s boarder had twin effects on the industry. While some enjoyed improved patronage during the period, others had difficulties importing their much needed raw materials. Another factor that negatively impacted the sector was the protests against Police brutality across the country under the hashtag ‘#EndSARS.’

Going by the NBS’ GDP computation module, the Manufacturing Sector is composed of 13 sub-sectors, but for the purpose of this report, we shall focus on companies listed under the Industrial Goods Sector of the Nigerian Stock Exchange (NSE).

The report shall, therefore, dwell on listed companies involved in Building Materials, Electronic and Electrical Products, Packaging/Containers, and Tools and Machinery.

Nevertheless, we observed that the cement companies significantly boosted performance in the sector, especially the two largest players- Dangote Cement, which engaged in share buy-back, targeting 10% of its outstanding shares; and BUA Cement, which merged with other sister companies. There also activities in the paint making segment, among others.

To drive home our point, this report shall observe quarterly numbers from selected players in the sector:

Dangote Cement is Africa’s leading cement producer with operations in 11 African countries, with revenues in excess of US$2.3bn, besides being the largest company on the Nigerian Stock Exchange. The company was listed on the NSE in October 2010.

With an installed capacity of 29.3Mta in Nigeria, the group is targeting a further expansion in-country, as well as in neighbouring Cameroon, while new plants are near completion in Niger, Benin, Ghana, Cote d’Ivoire and Togo. This is part of efforts to deliberately improve Africa’s per capita consumption of cement and aid infrastructure development, while stimulating further demand and forcing down cost.

Recall that on December 30, 2020, the company commenced its planned share buy-back targeting 10% of its shares outstanding, in a bid to enhance the value of its shares for the good of shareholders, in the first phase of the scheme. The company successfully bought back 40.2m units ‘on the NSE, represented 0.24% of its issued and fully paid ordinary shares, translating to an average price of N243.0218 each, leaving the company with 17,000,307,404 ordinary shares issued and fully paid.

Meanwhile, Dangote Cement’s turnover improved at a faster rate within the first, second and third quarter of the year 2020, as shown in the below table, even as Earnings Per Share improved first from N3.56 to N7.40 in the second quarter, and N12.24 by the third quarter.

It is important to note that, as we speak, the company’s EPS for third quarter is already higher than that of the 2019 full-year, while at the end of the 2019Q3, profit margin stood at 27.40%, and our nine months adjusted PE/Ratio looks very attractive at 4.75x. Estimated Book Value for Dangote Cement’s share price is N52.69 each, far below the current market valuation on the NSE.

Lafarge Africa Plc, a member of the LafargeHolcim Group, currently has an installed cement production capacity of 10.5MTPA and has plans to grow this volume ‘in the near term.

As at the end of the third quarter, its Turnover value was N179.87 billion, having grown the figure from N63.69 billion in the first quarter of the year. Profit figure also rose from N8.06 billion to N28.19 billion in the third quarter of the year. At the end of the 2019 full-year, Lafarge Africa earned N0.96 per share, but as of the first nine months of 2020, it already earned N1.76 per share’, almost 100% improvement. Note that Profit Margin equally improved, to confirm the probable adjustment in expenses through the year.

Bua Cement is another major competitor in the industry, possessing strong capacity with its three major subsidiaries and plants in Northern and Southern Nigeria, as well as a two million metric tonnes per annum floating terminal that serves niche markets. The group also holds a stake in Damnaz Cement Company Ltd which is the Majority Shareholder in Cement Company of Northern Nigeria.

The company, in a bid to compete more favourably for market share, merged its subsidiaries, thereby enhancing its size and other valuation metrics, hence the large difference seen in its numbers throughout the period under review.

Just like its peers, the management of BUA Cement grew its turnover substantially over that of the comparable period of prior year, just as the profitability indices. As at the end of the third quarter, Profit stood at N53.54 billion, compared to just N5.73 billion at the end of 2019 full-year, translating to an EPS of N1.58, as against 0.44 achieved at the end of 2019, when It was still Cement Company of Northern Nigeria (CCNN).

Berger Paint maintained a leadership role in its industry which as should be expected, given its long year in operation, and despite challenges in the sector, especially the impact of an array of cottage industry products that flooded the market. Nevertheless, corporate organisations and investors with taste for quality maintained their patronage with the company.

The growth pace in Berger Paints’ numbers was low as shown during the three quarters released so far in the year 2020. In our opinion, the poor performance is clearly a sign of the low purchasing power that characterised the year due to the lockdown, among other operational challenges.

Consequently, EPS dropped to N0.14 in the second quarter from N0.23 in the first quarter, and thereafter nosedived to N0.08 by the third quarter. Nevertheless, the company’s book value remained attractive at N10.44. See below for other selected investment ratios.

Chemical and Allied Products Plc, a subsidiary of UAC of Nigeria Plc, is the technological licensee of AkzoNobel for Nigeria. The company continues to enjoy strategic shareholding, and a reduced share outstanding. That notwithstanding, it is not left out of the competition for market share from smaller player, especially cottage industry operators that characterised the sector, offering cheaper alternatives. Nevertheless, it has so far managed to grow its numbers in the period under review.

Earnings per share rose from N0.65 in the first quarter to N0.87 in the second quarter to stand at N1.33 by the third quarter, following which Investdata expects its profit to improve by at least 18.32% in the fourth quarter of the year.

In 2020, the superlative performance by the industrial goods sector, driven by all three cement manufacturing companies on the NSE, received a boost from the 12% sharp recovery in the cement market in Q3 2020. This improvement supported the sector’s numbers as posted by the three biggest producers of cement and reflected on the quick turnaround in their output for the period.

Despite, the mixed and dicey outlook for 2021, the sector’s outlook remains bullish, on the strength of expected support that has enabled players to meet demand, especially the increased capital expenditure of about N4.1 trillion in 2021, compared to N2.7 trillion in 2020. Crude oil prices at above the pre-coronavirus price and benchmark of $40 and $45 respectively in the 2020 and 2021 budget, have supported the government’s revenue and should help improve the execution of projects, just as the government’s reopening of the nation’s land borders would impact key players in the Nigerian industrial goods sector, among others. 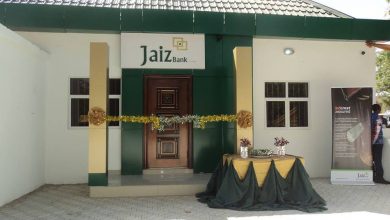 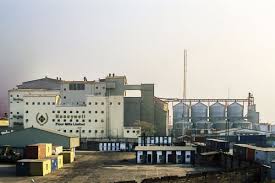 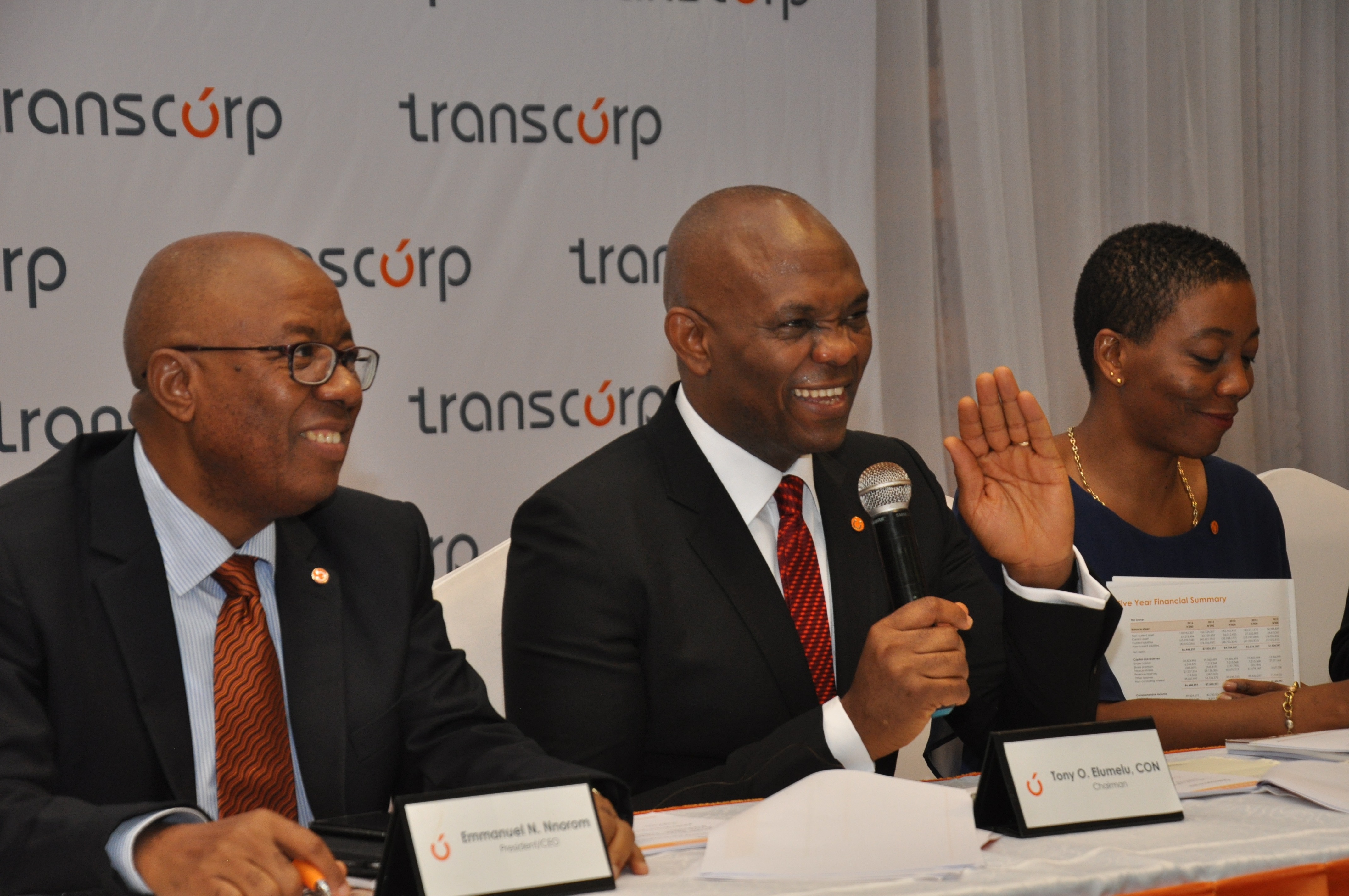