BudgIT, a civic-tech non-profit organisation leading the advocacy for transparency and accountability in Nigeria’s public finance, on Monday lamented the increasing spate of insecurity in the country, despite the huge yearly budgetary provisions by the three tiers of government.

Speaking on BudgIT’s recent publication, “Demanding Budget Reforms for Resource Optimization”, a statement by Iyanu Fatoba, Communications Associate at BudgIT, quoted Gabriel Okeowo, its CEO as saying the call for government’s audit of the nation’s security follows the over N10.02tn allocated to the sector in the seven years between 2015 and 2021.

Such huge resources allocated to the security sector, he continued, has meant less money is available to develop other sectors, hence the need for more scrutiny of how these allocations are budgeted and spent in the country.

Such, BudgIT noted, is happening at a time the country is groaning under a N3.31tn debt servicing burden capable of wiping out about 41.63% of the projected N7.99tn 2021 revenue, besides plans by the Federal Government to borrow about N4.69tr to meet its expenditure needs this year.

According to him, in the 2021 budget alone, Nigeria’s entire security sector’s allocation was N1.97tn, representing a 14% increase from the N1.78tn allocated in 2020, despite which he lamented that “2021 has been a horrifying year for Nigerians concerning security as the country combats mutating forms of crime and terror across all its 36 states.”

Furthermore, BudgIT observed that the little budgetary allocation provided to other sectors are plagued with various loopholes for leakages and theft of public funds.

“Our investigations into the 2021 budget revealed at least 316 duplicated capital projects worth N39.5bn, with 115 of those duplicate projects occurring in the Ministry of Health. This is very disturbing especially considering the health infrastructure deficit and the raging COVID-19 pandemic affecting Nigeria.

“Even worse, agencies now receive allocations for capital projects they cannot execute. For example, the National Agriculture Seed Council has an allocation for N400m to construct solar street lights across all six geopolitical zones, while the Federal College of Forestry in Ibadan in Oyo State got N50m for the construction of street lights in Edo State.” These are aberrations that need to be corrected,” the statement stressed further.

Okeowo also enjoined the federal government to urgently block all loopholes in the budget creation and implementation process, some of which are highlighted in the recently released publication.

“Nigeria is already haunted by a staggering N3.31tn debt servicing burden which will wipe out nearly 41.63% of the projected N7.99tn 2021 revenue. The federal government can maximise the little public funds left by blocking the leakages BudgIT has identified.” Okeowo added.

Nigeria’s budget, the organisation said, can be an excellent tool to accelerate economic recovery, adding that should the budget be left without addressing the current loopholes, it can cover corruption and grand theft.

Under these circumstances, BudgIT said the Federal Government cannot afford to allow these borrowed funds to be stolen by a few corrupt elites through loopholes in the budget.

Virement provided in the Fiscal Responsibility Act 2007, or the opportunity for Corrigenda recently provided in Section 16 of the 2021 Appropriation Act Implementation Guidelines published by the Federal Ministry of Finance, Budget and Planning in March 2021 are handy starting tools the government can immediately use in plugging loopholes.

Opening picture: President-Muhammadu Buhari flanked by other officials at a summit on corruption in September last year. 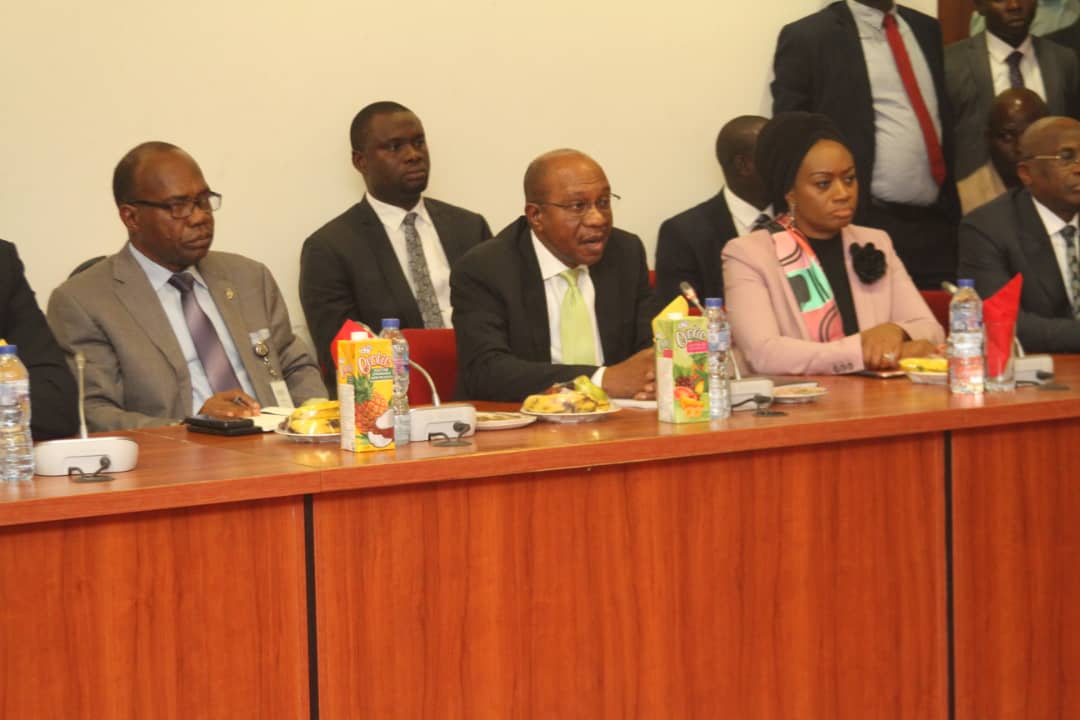