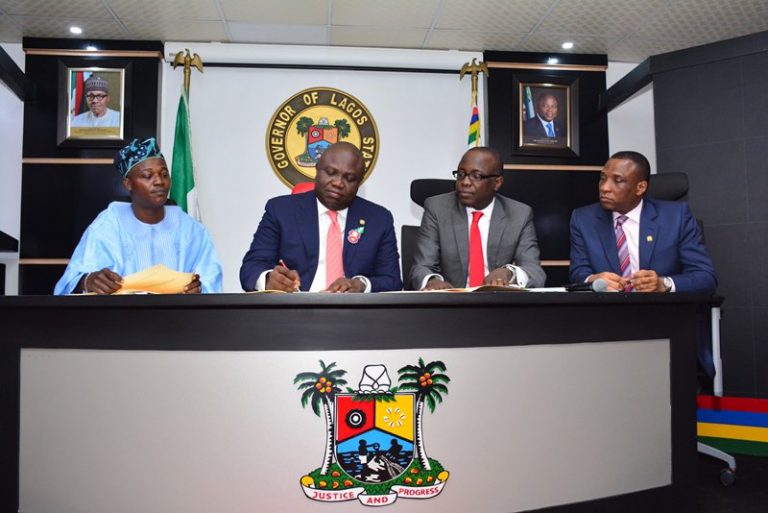 Data from Nigeria’s Securities & Exchange Commission (SEC) shows that the nation’s debt (bonds) market has been very active over the past eight years, with sub-nationals (states and local governments), as well as corporate organization issuing bonds of various tenors and coupon (interest) rates, with rates ranging from the very cheap to the obviously exorbitant, depending on the issuers’ rating, among others.
In the eight years between 2010 and 2017, according to the commission’s data, titled: “State/Local Governments Bond Issuance,” a total of N563.85bn has been sourced for various projects from the debt side of the Nigerian capital market, with Lagos as the most significant player, returning multiple times.
Five states approached the market in 2010, beginning with N50bn 7-year bond by the Bayelsa State Government at 13.75% to repay existing obligations owed Equatorial Trust Bank, Bank PHB, Intercontinental Bank and First bank, Multilateral debts and the World Bank. It was followed by Ebonyi with N16.5bn five-year bond at 13% to repay outstanding bank facilties and financing the construction of Ebonyi State International Market, Abakaliki, the state regional water schemes, roads and bridges and rice world projects; while Edo State’s N25bn also in seven-year money at a 14% coupon rate was refinance debt obligations and finance ongoing infrastructural projects.
The Lagos State government’s N57.5bn Series 2 7-year bond under the N275bn debt issuance programme for refinancing of outstanding loans and financing of ongoing projects that year also remains not just the highest all-time, but the cheapest at a coupon rate of 10%.
Among the costliest over the seven year period was the Cross River N8bn fixed rate bond (2015-2015) under its N40bn issuance programme to refinance existing debt obligations at a 17% coupon rate; which was similar to the Kogi state government N3bn series 11 under its N20bn debt programme (2015-2022); and the N7bn Zamfara State fixed rate series 1 bond under the N30bn issuance programme. They were cheaper yet than the Plateau State N28.2bn (2015-2012) bond to refinance existing debt obligations at a rate of 17.5%. The N47bn Lagos Stare offer for subscription, series 1, 7years fixed rate bond under its N500bn debt issuance programme (2016-2023) remains its costliest so far at 16.5% coupon rate. The fund was to execute priority projects in the health, education sectors, channelization of water transport routes, construction and completion of roads, fly-over project, the Lagos Enterprise G1 upgrade & intergrated land administrative and automation system project.
At 15.5% (2012-2019) Gombe State Government series 1 under its N30bn debt issuance programme bond was issued for building township and regional roads, College of Education Biliri, School of Basic & Remedial Studies Kumo, development of secondary schools, purchase of earth moving equipment, mega park, school of Nursing and refinancing of existing loan. It also cost Ondo State 15.5% to raise N27bn in the series 1 of its N50bn (2012-2019) debt issuance programme to finance developmental projects. They were followed by the N5bn (2013-2020) Kogi State Series 1 bond due 2020 under its N20bn debt programme at a 15% coupon rate; while Osun State’s Tranche 1 under its N60bn debt issuance programme (2012-2019) bond was priced at 14.75%; ahead of the 14.5% Ekiti State Government Series 1 bond under the N25bn debt issuance programme of N20bn to finance developmental projects. Within the period, Benue State raised N13bn at 14% for its 2011-2016 bond; just like the five-year N50bn bond issued by the Delta State (2011-2018) bond; and the Niger State Government series 1 (2011-18) bond under its N25bn debt programme
Meanwhile, unclaimed dividend among companies in the country grew by N12.8bn or 11.78% to N121.4bn as more companies in the countries seek to reward their shareholders.
A dividend is deemed unclaimed when a shareholder fails to present his/her warrant (a type of cheque) to his bank within the regulatory six-month period, after which it must be represented to the registrar for revalidation.
According to the SEC, total unclaimed dividend rose from N108.6bn in March 2016 to N109.8bn in June; after which it dropped N6.7bn or 6.1%, apparently due to the commission’s efforts leading to the enforcement of electronic dividend (e-Dividend) initiatives that ensures that payments are made directly to the bank account of a beneficiary thereby eliminating the dividend warrant.
The drop was short-lived, as the figure ballooned by N14.1bn or 13.67% to N117.2bn at the end of December 2016; before rising to N121.4bn, representing an increase of N4.2bn or 3.58%.
The data titled “Ownership structure and capital flows- 2017 Q2, showed that while N89.1bn or 73.39% of the total unclaimed dividend as of March 2017, up from N86bn or 73.37% in December 2016 is in the coffers of the companies that declared them, the N11.2bn or 9.22% is being held by the registrars, down from N13.7bn or 11.68% of total for the period.
A further analysis of the figure shows that N8.2bn of the total was under six months, as against the previous N9.1bn; while N21bn, up from N17.4bn was above six months but under 15 months
Total number of unclaimed share certificate has however dropped significantly from 840,000 in March 2012 to 650,000 units in March the following year; after which it jumped to 819,000 by the following quarter (June 2013); returning to 605,000 in September.
The most significant drop was recorded between September and December 2015, when it plunged by 469,000 or 65.87% from 712,000 to 243,000; after which it fell to 179,000 in March 2016. The number of unclaimed share certificates further reduced to 42,000, before rising to 47,000 in September, where it remained until that year’s end. It then dropped marginally to 46,000.