Although the month of December has a reputation of being bullish, it is often an irregular ride. This has been proven again, with trading for the first week, which ended Friday, closed lower on profit-taking and the growing spate indecision among players as the remaining OMO bills and other fixed-income instruments near maturity, with no option of reinvestment. This is due to the recent directive of the Central Bank of Nigeria (CBN) to luck out non-bank domestic investors from the window.

Investdata notes that for as long as the Nigerian Stock Exchange (NSE) stays above the last support level, recovery is likely to continue, due to the relatively low rates in the money market segment with liquidity level expected to improve as the CBN implements its directive on the 65% loan to deposits ratio for banks in the country by December 31. Another factor that may work in the favour of the equity market is the planned early passage and expected Presidential assent to Nigeria’s 2019 budget, just as government revenue would likely rise, going by plans to raise Value Added Tax rate to by 50% to 7.5%, while increasing the tax next, among other efforts to reduce budget deficit.

What is certain is that the economy remains at a crossroads and may flip either positive or negative.

December can also set patterns that would help define big trend trades that would start in January, as discussed at Investdata’s Invest 2020 traders & investors summit held at the weekend in Lagos. Participants learned from experts, among others, how to remain consistently profitable, whether you are a discretionary trader or investor.

Stocks are likely to complete the “V” shape recovery that started in November, due to the fact that this season is the year-end, even as the probability of the market experiencing the Santa-Claus rally this time around now looks slim.

We are of the opinion that the last trading week of the year could record some positive moves, but we maintain that investors should play dividend stocks for medium-term profit, while traders should maintain trades on low priced equities. This will enable timely and frequent capital appreciation as the trading pattern of the NSE index differs from those of many individual stocks as reveal by prevailing price action and index movement.

The global stock markets had a mixed performance during the week under consideration, despite the seemingly positive economic outlook for the rest of this year and 2020, with China posting its first expansion in PMI over the past seven months. This was due to the suspension of new tariffs imposition by China and the U.S. since the resumption of the trade talks in October 2019. This had left the stock market volatile throughout the week but rebounded at midweek on economic news.

Back home, the NSE had a low momentum with profit-taking and mixed sentiments dominating the week’s transactions as ‘buy’ interests among traders and investors were down as reflected on the low traded volume during the period, to halt the four weeks of bull-run in a bear market. The NSE All-Share index opened for the week at 27,002.15 basis points, losing 0.54%, after closing at 26,855.52bps, after touching an intra-week low of 26,746.03bps, on weak demand for high cap and dividend-paying stocks over the period, as kobo stocks remain the toast of traders.

Low and medium cap stocks dominated the top gainer table for the week as profit-taking hit highly capitalized stocks, with players selling down blue-chip equities for profit ahead of the expected year-end rally.

More stocks closed lower, following a capital wave in the local financial market, even as market breadth closed negative, and decliners outnumbered advancers in the ratio of 35:19. The momentum behind last week’s slowdown was evident in the Money Flow Index that read 52.94bps, compared to 61.72bps in the previous week, indicating that funds left some stocks and the market at large.

The week’s trading pattern showed that smart money is accumulating in this low supply before the anticipated markup as the prevailing low prices in the manufacturing sector triggered ‘buy’ interests in the industry. This was due to the impact of lower rates, resulting in reduced cost of funds and the consequent boost in demand, which is expected to create more employment opportunities. Also, the Investdata Sentiment Report for the week revealed a strong buying pressure, with ‘buy’ volume at 38%, and ‘sell’ position of 62%, on a transaction volume index of 0.73.

The slow momentum behind the current pullback of the NSE Index suggests indecision in a bearish channel as revealed by the chart above. However, the reversal of this trend is a function of market forces, depending also on the November inflation reports, and the continued flow of funds into undervalued stocks. The daily and weekly candlestick patterns signal short-term reversal, being the a week, ahead of the Santa Claus rally and end of year window dressing by fund managers and quoted companies.

On a weekly and daily time frame, MACD has turned bullish as the composite NSE index sustained an uptrend signaling the possibility of recovery as demand for stocks continues to look up in the midst of profit-taking. The recent economic data should strengthen investor confidence on the back of the recovery seen in the economy as demonstrated by the latest GDP data, as well as buying interest in stocks observed during the week under review.

The NSEASI, on a weekly time frame, tested the 20-Day Moving Average as it is set to breakout or pullback, while on the daily time frame; the index had broken out the 50-Day Moving Average on divergence in the index action and volume traded. It also signals a high possibility of reversal any moment from now on profit booking.  The Relative Strength Index read 39.77, indicating strength, despite being in the oversold region. However, money flow is reading 57.46 points and looking up, on the weekly chart.

The week’s sectorial performance indexes closed largely bearish, except for the NSE Consumer goods that closed higher by 1.71%, while the NSE Industrial Goods Index led the decliners, after losing 1.27%, followed by the NSE Banking with 1.16% and ahead of the NSE Insurance and Oil/Gas that shed 0.87% and 0.43% respectively.

Market activities, in terms of volume and value for the week, were down by 41.73%% and 14.07% respectively, as 952.7m shares worth N12.77bn changed hands as against the previous week’s 1.61bn units valued at N13.17bn. The week’s transaction volume was driven by heavy trading in FCMB, Access Bank and Zenith Bank. Also, during the week, International Brewery primary market activities opened by way of right issue at N9.00 per share.

The best-performing stocks for the period were Royal Exchange Insurance and Unilever, which topped the advancers’ chart, after gaining 17.39% each, to close at N0.27 and N18.90 per share on market forces and sentiments. On the flip side, Cornerstone Insurance and Medview Airline lost 20.25% and 10% respectively, closing at N0.63 and N1.62, on profit-taking and selloffs.

We expect mixed performance in the new week, on profit-taking, capital wave and expecting local fund managers to extend their position in undervalued equities with sound fundamentals, as domestic economy macroeconomic indicators look seemingly positive ahead of policy statements and economic reforms.

Discerning investors, nonetheless, should take advantage of the current low stocks valuation to position for medium to long term. It is noteworthy that the market is selling at a discount to give high upside potential.

We appreciate all that made Invest 2020 Traders and Investors Summit a success. The home study pack will be available next week. 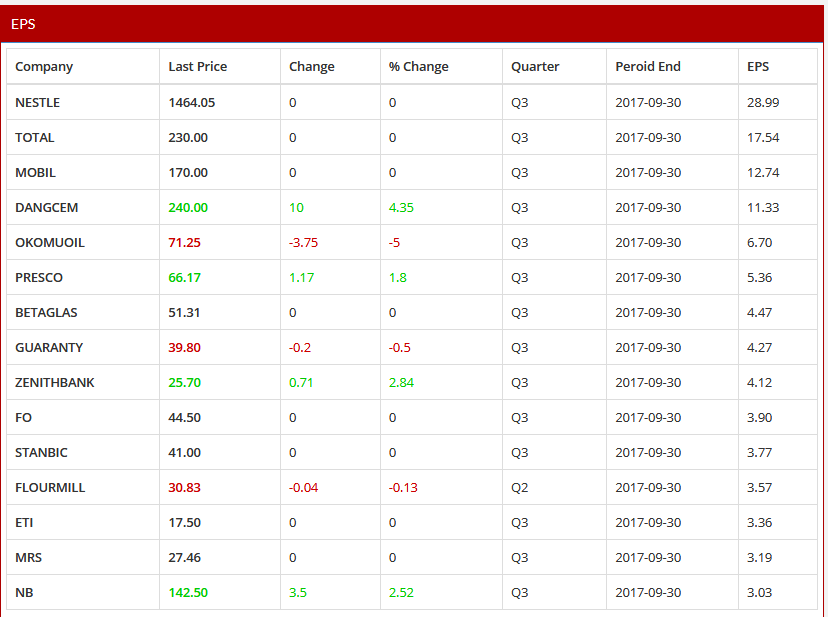 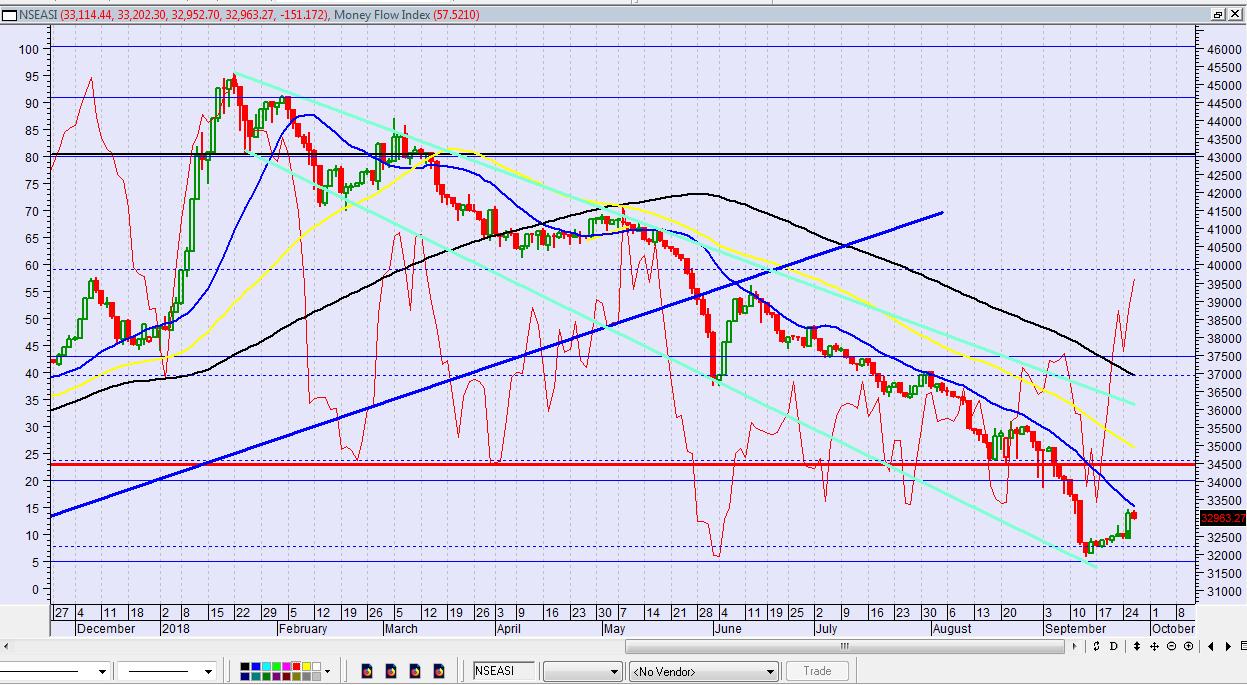 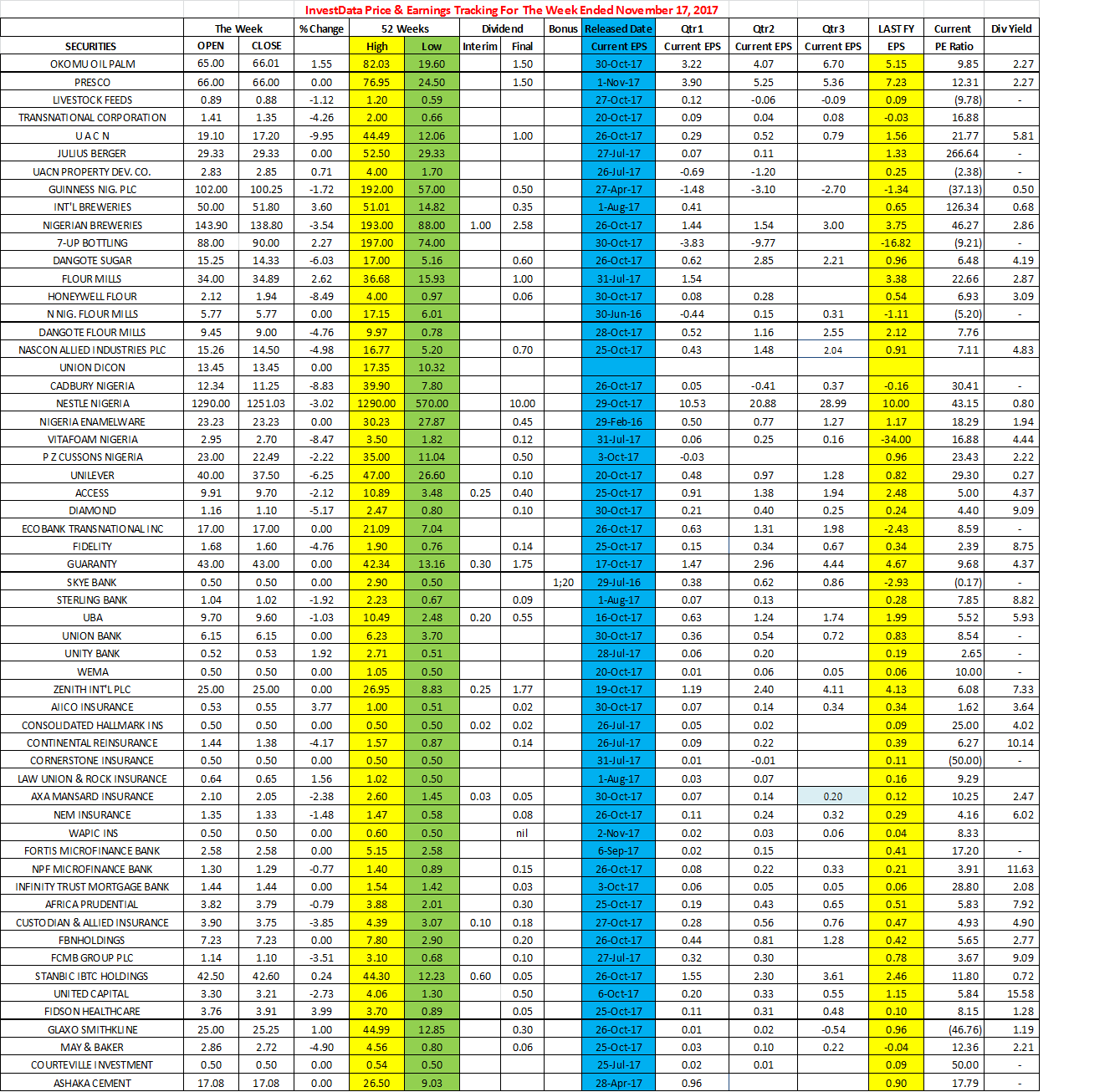