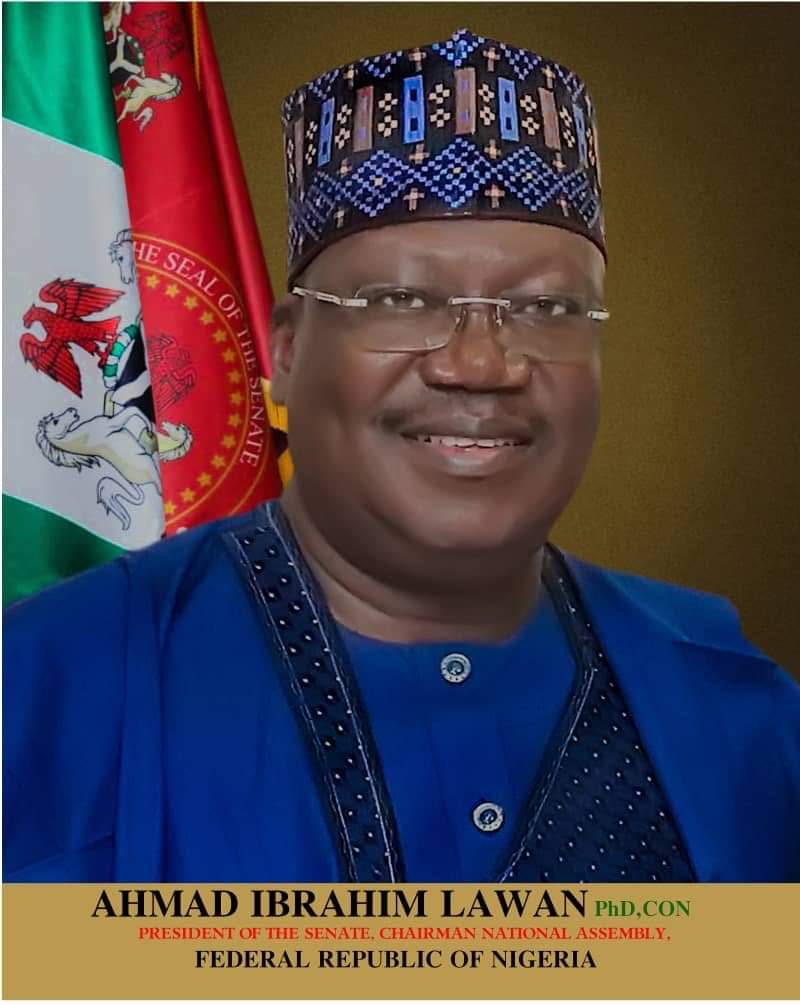 President of the Senate, Ahmad Lawan, on Tuesday, called for the immediate review of Nigeria’s power sector privatization exercise by previous administrations.

In his concluding remarks on a motion under consideration during the day’s plenary, he bemoaned what he described as the “inefficiency of Power Generating and Distribution companies,” Lawan canvassed an eventual reversal of the terms of privatization, where it becomes necessary.

Commenting further on the motion titled: “Power Sector Recovery Plan and the Impact of COVID-19 Pandemic,” sponsored by Senator Gabriel Suswam (Benue North East), the Senate President said parties involved in the Shared Purchase Agreement with the Federal Government can only seek the intervention of the latter when sufficiently justified.

“The power sector has been privatized as we all know, but it has not delivered. We gave them our common patrimony and they still came back to us as Distribution Companies (Discos) and Generating Companies (Gencos) to look for money from the public.

“I think the time has come to review, and probably reverse this privatization because if we stay as it is today, for the next ten years there will be no power in Nigeria, as the situation is. So we need to be decisive about the power sector.

“We expected efficiency and effectiveness in power supply, but I think on both sides, the shared purchase agreements were maybe not adhered to. But definitely what is obvious is that the Discos have no capacity at the moment to give us power.

“The Gencos have challenges too, and I think it is not a good commentary that we should continue to give them money after we sold them. These are businesses now, they are private businesses.

“If there are areas that we must intervene as a government, then it must be seriously justified, but the way it is, I think there is a need to review this privatization and see what has really happened because something is certainly not right.

“And for the next ten years, if there is nothing fundamental and drastic in this sector, nothing like power will be stable in Nigeria, and that will be unfortunate.

“So, it is good our committee is investigating even the previous billions, in fact over a trillion. I mean that’s a lot of money and there must be justification for this.

“We hope that they will be effective, but in the event that this thing is not addressed properly, there will be a need for Government really to look into this privatization that has taken place, because probably the wrong investors took over or maybe the government is not fulfilling its own promise,” Lawan said.

Earlier, sponsor of the motion, explained that following the outbreak of the dreaded COVID-19 pandemic, the Federal Government through Ministry of Finance intimated the leadership of the National Assembly of plans to establish a N1.7tr Intervention Fund to be utilized to upgrade healthcare facilities across the country.

The lawmaker stated that “while the appropriate Executive Bill that will articulate the actual use of the proposed N1.7 trillion COVID-19 Crisis Intervention Fund is yet to be presented to the Senate for consideration, the devastating impact of the pandemic on the power sector has necessitated the need for the Senate to draw the attention of the Federal Government to the need to include the sector in the disbursement of the proposed fund bearing in mind the vital role of stable electricity supply to current efforts towards jumpstarting the economy which is still groaning under the impact of the pandemic.”

Suswam noted that “stable and uninterrupted power supply is also a critical factor in the management of COVID-19 patients at the designated isolation and treatment centres across the country as well as  in the implementation of the proposed upgrade of healthcare facilities.”

According to him, “prior to the outbreak of the COVID-19 pandemic and its attendant negative impact on the Nigerian Electricity Supply Industry (NESI), the NESI was already facing teething operational constraints including the absence of cost-reflective tariffs, inadequate enumeration and metering of consumers, limited access to funds for investment, poor revenue generation, and high levels of Aggregate Technical Commercial and Collection losses.”

He recalled that the Senate as a clear demonstration of its commitment to proffer lasting legislative solution to the challenges confronting the NESI recently mandated its standing committee on power to brainstorm with relevant stakeholders to identify all constraints with a view to addressing them in the interest of the Nigerian economy.

The lawmaker, however, raised concerns that “the COVID-19 pandemic has further impacted negatively on the NESI as the Distribution Companies reported 50 percent loss of their monthly average revenue collection for the months of March and April 2020.”

He said that “if the negative impact of COVID-19 on the NESI continues without any emergency financial intervention from the federal government, Discos already facing dwindling revenues in the wake of the pandemic may not be able to meet their remittance obligations to the market as set by the Nigerian Electricity Regulatory Commission (NERC) in December 2019 Tariff Order.”

“Today, Mr. President, virtually all sectors that were privatized, I’m sure are worse than before they were privatized. Power Holding was privatized. I do not know how many of us that can boast that we have a regular power supply.”

Accordingly, the Senate’s resolutions while commending the federal government for the proactive initiative to establish the N1.7 trillion COVID-19 Crisis Intervention Fund, urged the Federal Ministry of Finance, Budget and National Planning to include the Nigerian Electric Power Sector in the disbursement of the proposed N500bnIntervention Fund.

The upper chamber also mandated the Senate Committee on power to investigate all federal government interventions in the power sector since the privatization of the sector to date with a view to ascertaining the adequacy of such interventions.

It also mandated the Committee to investigate all market participants in the power value chain and ascertain the level of corporate governance compliance in the Nigerian Electricity Industry.

While urging the Federal Government to suspend the planned tariff increase which is scheduled to take effect from July 1, 2020, the upper chamber called on the Central Bank of Nigeria to allow operators in the power sector access to foreign exchange for procurement of equipment and materials.

The Senate also urged the Federal Government to consider additional tariff support to cushion the effect rate shock over a fixed period to allow the time required for TCN and Discos to access funds and implement performance improvement investments that will support increased tariffs to certain classes of customers, especially during the pandemic.

The Upper chamber after consideration of the motion adjourned plenary till Tuesday, June 2, 2020.