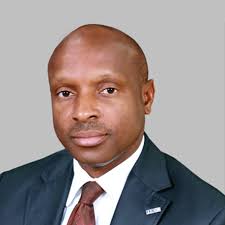 The management of Zenith Bank Plc, on Tuesday told stakeholders through the Nigerian Stock Exchange (NSE) that Peter Amangbo, its Group Managing Director/Chief Executive, honoured the invitation of the Economic and Financial Crimes Commission (EFCC) to clarify issues around its business relationship with the Rivers State Government.
According to the statement by Victor Adoji, its spokesman, the bank said “the invitation relates to an ongoing issue between the Rivers State Government and the EFCC regarding the operation of the State Government account with their various bankings of which Zenith bank is one.”
Continuing, he noted that “at the meeting, the EFCC requested information on how the Rivers State Government’s account with Zenith is being operated in terms of the utilisation of funds over a period of time.”
Being a responsible corporate citizen, Adoji continued, the bank’s boss naturally honoured the invitation to clarify “areas of concerns with the commission.”