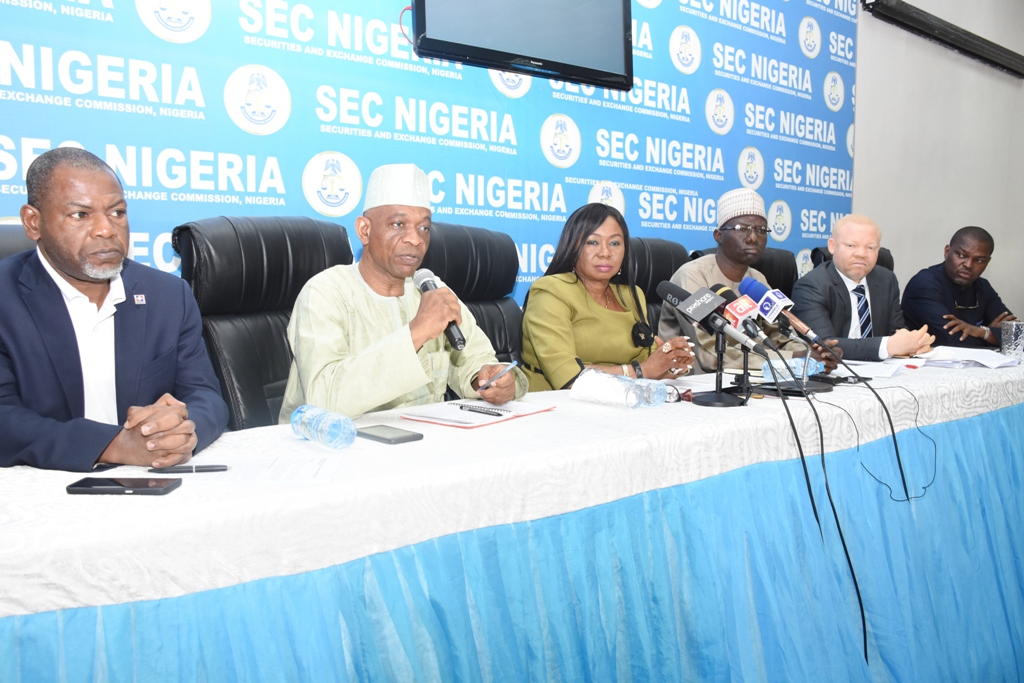 The Securities & Exchange Commission (SEC) has extended the deadline to enable shareholders who purchased company shares using multiple identities till December 31, this year to regularize same.
The extension, which was part of decisions reached at the second Capital Market Committee (CMC) meeting held in Lagos on Thursday, is coming even before the expiration of the previous September 30, 2018 deadline.
Ms. Mary Uduk, acting Director-General of the SEC, announced this when she briefed newsmen on Friday on the outcome of the second Capital Market Committee (CMC), along with the commission’s executive management and heads of trade groups within the Nigerian capital market.
The decision to extend the deadline earlier, may have arisen from the need to further curtail the growth of the unclaimed dividend monster.
The reprieve is also a shift from the commission’s slant under Uduk’s predecessor, who warned in January that the Commission will from March 31, 2018, transfer such shareholdings to the Capital Market Development Fund (CMDF).
He said “investors that bought shares of the same company during public offers, using different names, are allowed till March 31st this year to continue to approach their stockbrokers or Registrars to regularize their shareholdings, in line with SEC Rules on customer identification. Thereafter, all shares not regularized shall be transferred, on trust, to the Capital Market Development Fund.”
Uduk enjoined the shareholders who bought shares with different names to regularise their accounts in order to get the benefit of their investments.
Tracing the genesis of the problem, Uduk recalled that “during the banking and insurance sector consolidation between 2004-2007, there were a lot of issues in the primary market because the banks or insurance companies came to the market to raise funds and during that period, because a lot of people were coming to the capital market for the first time, they saw the capital market as a place where they can make a lot of money so a lot of them bought shares in different names.
“Today those shares are not in the system, because If you are unable to identify yourself properly those shares cannot be properly captured in the system. We are saying come and regularize that situation and get back your shares which are being warehoused somewhere. There is absolutely no punishment attached to it, the SEC is not punishing anybody, we just want such individuals to come and regularize that transaction between now and 31st December 2018.
“The objective of doing that is that it will increase liquidity in the market because the shares are just there… no trading on them. Not only that, the investors cannot claim their dividends too and that increases unclaimed dividend. Let them come and regularize so that there will be increase in trading of those shares and they will also claim their dividends so that the balance of unclaimed dividends will also go down,” she stressed.
Uduk also said the CMC agreed that in addition to the physical delivery of Annual Reports and Accounts, the existing pilot exercise of electronic distribution by Public Companies should continue, while efforts are made to enlighten shareholders and obtain their relevant e-mail addresses.
The advent of the Bank Verification Number (BVN), which links various bank accounts of individuals in various banks together has meant that those with multiple names combinations can no longer operate bank accounts to which the dividends would normally be paid.
At the last count and despite the efforts of the commission, including a free electronic dividend registration exercise that last for almost two years, the mountain of what remains unclaimed was put at N130bn.
On the e-dividend payment exercise, she put the number of shareholders that have mandated their accounts to 2.55m within the quarter, without saying how many it was before now.
The Acting SEC DG said the commission is not unaware of the fast evolving Financial Technology (FINTECH) environment across the globe and that as part of ensuring Nigeria is not caught unawares, a market-wide Committee would be constituted to develop the framework for the capital market.
As part of the achievement achieved in the various segments of the capital market in the period, Ms. Uduk said the Investment & Securities Tribunal (IST) successfully concluded over 30 cases, representing 60% of the backlog of more than 50 cases, which is expected to enhance investor confidence in the market.
She also spoke of commencement of modalities to introduce the Investments and Securities Tribunal Law Reports, as well as “implementation of the Recommendations of the Commodities Trading Ecosystem in phases, from 2018 to 2025.”