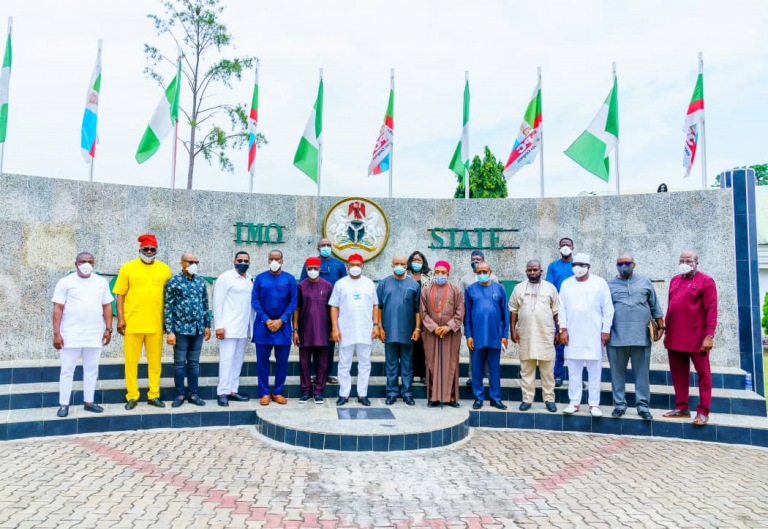 The management of Seplat Petroleum Development Company Plc, at the weekend in Owerri, Imo State restated its commitment to developing host communities in the state, thereby positively impacting more lives in line with the United Nations Sustainable Development Goals (SDGs).

Chairman of the company Dr. Bryant Orjiako, gave this assurance when he led the team on a courtesy call to Governor Hope Uzodinma and leaders of host communities in Ohaji and others, at the Government House, Owerri.

This, he said, is aimed at fostering better relationship among stakeholders to drive sustainable development in the State, even as Senator Uzodinma lauded Seplat’s success story in locally and internationally.

He charged the team to take advantage of the current shared prosperity model of 3-R, which is the super structure of Rehabilitation, Reconstruction and Recovery of key economic and political institutions in the State and host communities in particular.

Uzodinma urged Seplat to continue engaging the Imo people in the running of the company, because in his words, “if the community is good to host your business, the people from the community should also be good to be part of the management. If you think they do not have the requisite qualifications, train them to your standard and use them.”

In line with the development of key infrastructure in the state, the governor charged Seplat to take advantage of the Federal Government’s tax incentive and embark on the re(construction) of one or two federal roads in Imo State.

The state governor also encouraged Seplat to engage in more town hall meetings with its host communities, where the needs of the people would be collectively assessed based on global standards regardless of the existing Corporate Social Responsibility (CSR) programmes.

Governor Uzodinma said Seplat will gain more by engaging the traditional rulers and the presidents of town unions in its host communities on how to collaborate, stressing that his administration is interested in establishing a petro-chemical industry and gas fabrication plant that can power a planned industrial layout in Owerri.

He therefore promised to work with Seplat to ensure that the ANOH Gas Project at Assa becomes a success story.

Also speaking, Dr. Orjiako agreed with the governor on the development plans and stressed the interest of Seplat in developing communities where its facilities are located, being a company that places a premium on quality of life of the people.

According to him, the board and management had resolved to consolidate on these developmental strides aimed at achieving sustainable progress, commending the governor for the initiative despite his very busy schedule.

Also speaking, the traditional ruler of Assa in Ohaji, Eze Emmanuel Aso, commended Governor Uzodinma for giving them the opportunity to interface with Seplat once again, assuring the governor and visiting team of the community’s cooperation and support.

He committed to the common resolve among stakeholders to value creation for the communities and the state at large.