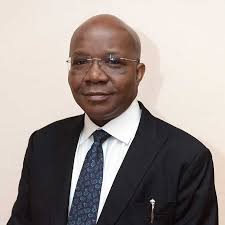 Wapic Insurance Plc, on Monday, announced a board-leadership transition that begins the second phase of its growth plan with the appointment of Mutiu Sunmonu as chairman, and Bababode Osunkoya as chairman of Wapic Life Assurance Ltd, its subsidiary.
Both men replaced Aigboje Aig-Imoukhuede, who retired from both boards with effect from April 27, 2020, after eight years, has championed the transformation of Wapic Insurance Plc and its subsidiaries.
This began with the merger between Wapic Insurance Plc and Intercontinental Properties Limited in November 2011.
Under the leadership of Aig-Imoukhuede, according to a statement to the Nigerian Stock Exchange (NSE), Wapic Insurance group grew “remarkably from an industry position of 18 to eight, and transformed into a frontline insurance company in subSaharan Africa.”
The statement by Mary Agha, the company secretary, “this board-leadership transition heralds the second phase of our growth plan, which is focused on extending our culture of distinction in service excellence, innovation, technology, sustainability practices, and operational efficiency.
“During the first transformation phase under Aig-Imoukhuede’s exemplary leadership, Wapic Insurance and Wapic Life Assurance implemented a number of transformational initiatives that stabilised and returned the 62-year old company to profitability and enabled Wapic to take its place amongst Nigeria’s Top 10 Underwriting companies”.
In its next phase of transformation, Sunmonu and Osunkoya are expected to drive the group’s Nigerian businesses, taking the group over the next five years to the industry’s top-three position in Nigeria, while expanding operations further across the West African sub-region.
Reacting to his latest appointment, Sumonu expressed excitement at assuming the new role, where he hopes “to build on the tremendous achievements of Aigboje AigImoukhuede.
“I am going to work with management and employees to actualise the aspirations espoused in the second phase of our company’s growth plan, most especially creating value for shareholders”, he assured.
Frank W. K. Beecham, Chairman, Wapic Insurance (Ghana) Limited, described the appointment of both Sunmonu and Osunkoya as “well-considered, because of their pedigree and extensive boardroom experience, garnered serving on the board of various organisations across multiple sectors of the economy.
“Mr. Sunmonu was outstanding in his role as Managing Director of Shell Petroleum and Development Company of Nigeria,” he added.
He recalled that Aig-Imoukhuede’s tenure was “highly innovatory and very successful”.
For Osunkoya, “under Mr. Aig-Imoukhuede’s leadership, Wapic Life Assurance Ltd has not only raised the capital to meet the N8bn minimum capital requirement, it is now one of Nigeria’s top Group-Life underwriters.”
“It is a great time for me to assume the role of Chairman as we are well-positioned to becoming the leading Life underwriters in the Industry,” said Osunkoya, who joined the Wapic Assurance board in January 2013.
Before then, Osunkoya, a Senior Partner at the Chartered Accounting firm of Abax-OOSA Professionals and one of Nigeria’s foremost-certified Forensic Auditors, was the chairman of the company’s Board Audit and Compliance Committee.