Apparently dissatisfied with the explanations by the group regarding its sack of Dr. Adesola Adeduntan as chief executive of First Bank of Nigeria Limited, its flagship, in what smacked of a total disregard for corporate governance, particularly the area of succession planning, the Central Bank of Nigeria (CBN), on Thursday sacked Oba Otudeko chairman of FBN Holdings Limited, and Mrs. Ibukun Awosika, chairman of the banking subsidiary.

Addressing newsmen, Emefiele had while reassuring the depositors, creditors and other stakeholders of the bank of its commitment to ensuring the stability of the financial system. said the move became necessary to “protect the minority shareholders that have no voice to air their views, (as well as) the over 31m customers of the bank who see FBN as a safe haven for their hard-earned savings.”

Emefiele said in a bid to preserve the stability of First Bank and protect minority shareholders and depositors, the CBN management in line with its powers under BOFIA 2020 has approved the immediate removal of all directors of First Bank Nigeria Ltd and FBN Holdings Plc

In their place, the CBN Governor announced the constitution of a new board for the FBN Holdings Plc, chaired by Remi Babalola, a former executive director of the bank and Minister of State, Finance, retaining Urum Kalu Uke as Managing Director/Chief Executive. Other members of the board as announced are: Dr. Fatade Abiodun Oluwole, Kofo Dosekun, Remi Lasaki, Dr Alimi Abdulrasaq, Ahmed Modibbo, Khalifa Imam, and Sir Peter Aliogo.

The new directors of First Bank Nigeria appointed by the CBN are: Tunde Hassan-Odukale, a major shareholder and member of the dissolved board as chairman, Mrs. Tokunbo Martins, former director of Banking Supervision at the CBN; Uche Nwokedi, Adekunle Sonola, Isioma Ogodazi, Ebenezer Olufowose, and Ishaya Elijah B. Dodo. The executive management team will be led by Sola Adeduntan, who has been reinstated as MD/CEO; Gbenga Shobo, who also retains his position as Deputy Managing Director; while Remi Oni and Abdullahi Ibrahim were appointed as Executive Directors.

“There is therefore no cause for panic amongst the banking public, given that the actions being taken are meant to strengthen the bank and position it as a banking industry giant,” he stressed further.

Giving a background to the situation, he noted that although the board is ordinarily saddled with the authority to make management changes, subject to CBN approval, the apex bank was surprised at Wednesday’s sweeping changes without prior notice to the regulatory authorities.

The CBN Governor fell short of saying the FBN Holdings took its primary regulator for granted when he noted that as “a key stakeholder in management changes involving FBN due to the forbearances and close monitoring by the bank over the last five years aimed at stemming the slide in the going concern status of the bank.”

FBN, he continued, “is one of the systemically important banks in the Nigerian banking sector given its historical significance, balance sheet size, large customer base, and high level of interconnectedness with other financial service providers, amongst others.

“By our last assessment, FBN has over 31m customers, with a deposit base of N4.2tr, shareholders funds of N618bn  and NIBSS instant payment (NIP) processing capacity of 22% of the industry.

Tracing the genesis of the bank’s problem, the CBN governor said First Bank “maintained healthy operations up until 2016 financial year when the CBN’s target examination revealed that the bank was in grave financial condition with its capital adequacy ratio (CAR) and non-performing loans ratio (NPL) substantially breaching acceptable prudential standards.

“The problems at the bank were attributed to bad credit decisions, significant and non-performing insider loans and poor corporate governance practices. The shareholders of the bank and FBN Holding Plc also lacked the capacity to recapitalize the bank to minimum requirements. These conclusions arose from various entreaties by the CBN to them to recapitalize.”

Consequently, he said the CBN moved to stabilize the bank so as “to maintain financial stability, especially given FBN’s systemic importance as enumerated earlier.”

He listed regulatory action taken by the CBN to include the appointment of a new managing director under its supervision in January 2016; grant of the regulatory forbearances to enable the bank provide for write-off of at least N150bn from its earning over a four-year period.

The bank was also granted concession that enabled an insider borrowers restructure their non-performing credit facilities under very stringent conditions, with a yearly renewal of the forbearances between 2016 and 2020, which was monitored.

The measures, he continued, “had yielded the expected results as the financial condition of FBN improved progressively between 2016 when the forbearance was initially granted to the current financial year. For instance, profitability, liquidity and CAR improved whilst NPL reduced significantly.”

Despite this significant improvement in the bank’s financial condition with the positive trajectory of financial soundness indicators, the insider-related facilities remained problematic, he said, because the insiders who took loans in the bank had controlling influence on the board. As a result, he lamented, they “failed to adhere to the terms for the restructuring of their credit facilities which contributed to the poor financial state of the bank.”

For instance, Emefiele recalled that the CBN’s most recent “target examination as at December 31, 2020 revealed that insider loans were materially non-compliant with restructuring terms (e.g. non-perfection of lien on shares/collateral arrangements) for over three years, despite several regulatory reminders.”

Worse still, he said FirstBank “has not also divested its non-permissible holdings in non-financial entities in line with regulatory directives.”

Recall that the CBN had through its Director, Banking Supervision, Haruna Mustafa, queried the bank’s Chairman, Mrs. Ibukun Awosika, for the sack of Adeduntan, eight months before the second and final three-year tenure of Adeduntan was scheduled to lapse on December 31, 2021, a move it said has “dire implications for the bank and also portends significant risks to the stability of the financial system.”

The apex bank also reportedly demanded a comprehensive response on the matter from Awosika to be delivered to the banking sector regulator latest 5pm on Thursday.

The CBN had in a letter to the bank’s board, addressed to Mrs. Awosika, following Wednesday announcement, given the directors up till 5pm Thursday to respond to its query.

Emefiele, on Thursday noted with concern, that the action was taken without due consultation, saying “the CBN was not made aware of any report from the board indicting the Managing Director of any wrong-doing or misconduct; there appears to be no apparent justification for the precipitate removal.

“We are particularly concerned because the action is coming at a time the CBN has provided various regulatory forbearances and liquidity support to reposition the bank, which has enhanced its asset quality, capital adequacy, and liquidity ratios amongst other prudential indicators,” he stressed. 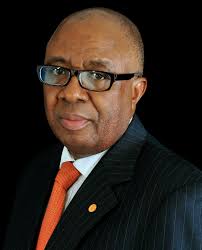 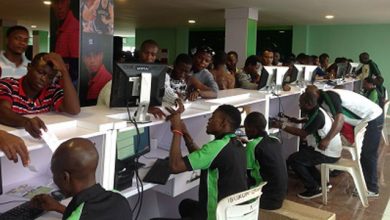 This Recession Will Soon Be History, Osinbajo Assures Nigerians